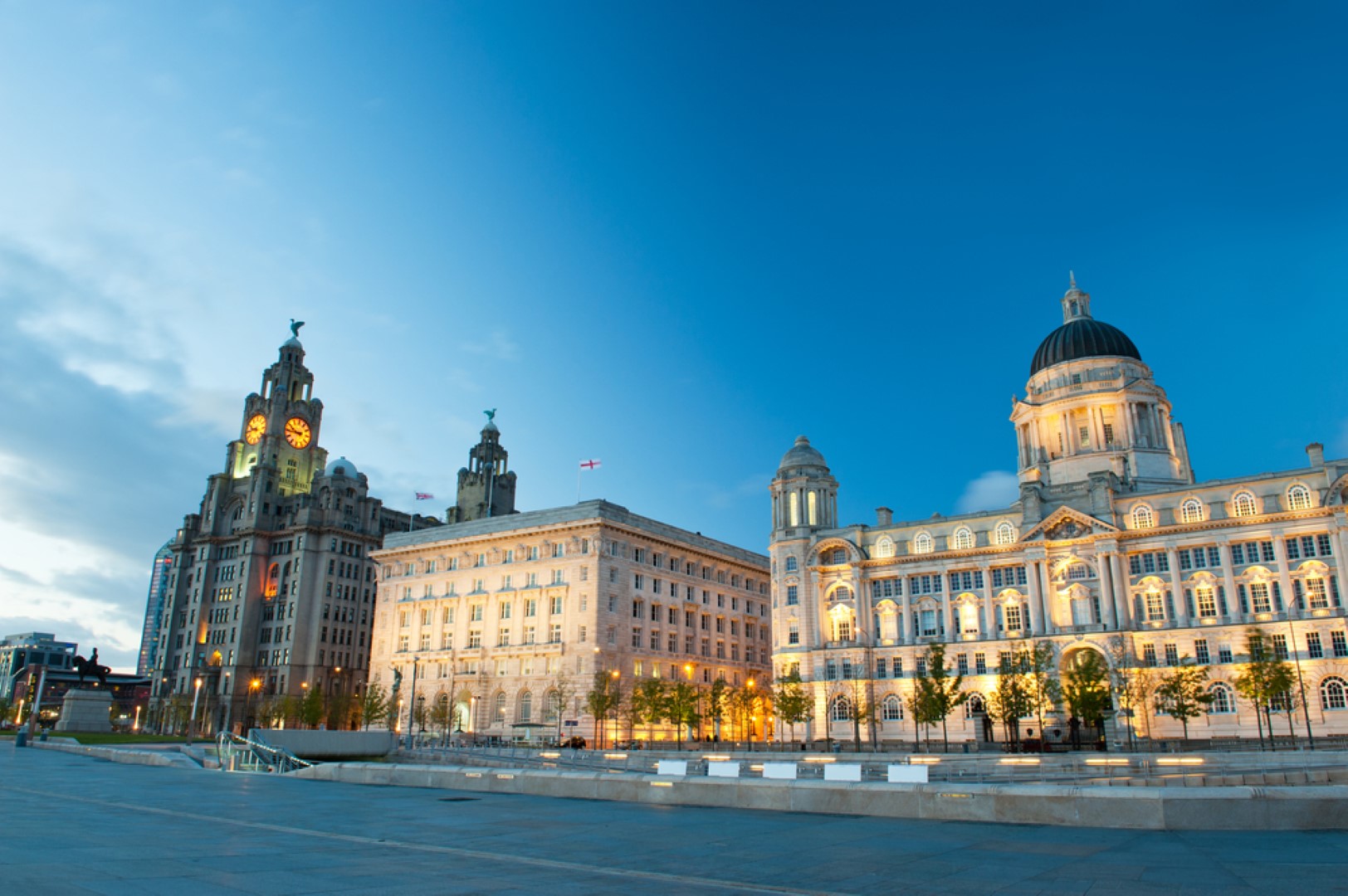 A vibrant student destination with an interesting history and rich culture, Liverpool city delivers a great experience for international students. It is located in the North West of England and is the fifth-largest city in the UK. Deemed a favourite among students, Liverpool currently has a growing student population of over 70,000, just over 15% of the total Liverpool population, from all over the world. To cater to the huge numbers of students, there is a wide variety of student accommodation in Liverpool ranging from shared flats, studios, and shared rooms.

Where does the name of the city of Liverpool come from? It is believed the name is derived from “lifer pool,” which means a muddy creek or pool since the city was a tidal pool from the River Mersey. People from Liverpool are known as Scousers; a word derived from a type of dish called Lobscouse or lamb stew that was famous among sailors working in Liverpool's seaports. Scousers of Liverpool are known to be very friendly and helping. Scouse food is top-notch as well so if you're a foodie, you'll enjoy their time in the city. You will definitely have a culturally rich experience while staying in student accommodation in Liverpool. Furthermore, if you’re a history buff, you will enjoy learning about the city’s port, Albert Dock, which was used for two centuries as an international trading hub. The port highlights one of the city’s most important roles during the 18th century. It’s a known symbol for the city and the area is beautiful where there are many museums to check out. The International Slavery Museum and the Maritime Museum portray the port’s history quite well.

As a student looking to study in Liverpool, you'll be thrilled to know that winter is cool on average and not cold, while the summers are mostly warm. The city seldom experiences extreme weather. Slight rain can be expected, so it’s best for you to be prepared with convenient clothes and an umbrella.

What Liverpool is famous for

The iconic city celebrated its 800th anniversary back in 2007 and has earned its status as the European Capital of Culture multiple times; an achievement that truly speaks for the rich culture of Liverpool. There are many popular student activities and attractions that will fill all your free time. The city is world-renowned for many things, such as the fact that it’s the birthplace of a number of legendary musicians, most famously the Beatles, and home to major football Premier League team Liverpool. Liverpool has an abundance of cultural and entertainment activities along with a long list of shopping centres, movie theatres, restaurants, and anything else you, as a university student, would be looking for. When friends and family come to visit, you will never run out of things to do in Liverpool. It is a fantastic city to live and study, you'll always find something entertaining near your student accommodation in Liverpool. That’s why it attracts thousands of students every year.

Liverpool universities include the University of Liverpool, Liverpool Hope University, and Liverpool John Moores University. There are also many colleges and language schools in the city. The universities have really astounding libraries, where you can study for those exams surrounded by all the resources you might need. The Liverpool Central Library is spectacular too and studying there is a unique experience that you wouldn't want to miss. The city's skyline view from the top floor is not to be missed either. Another way to make use of staying in student accommodation in Liverpool is to just head to a park and enjoy the greenery. St Luke’s Gardens, Prince’s Park, and Sefton Park are just a few. Public transportation around the city is quite easy and affordable for students.

Once you've settled to study in this city and chose the perfect student accommodation in Liverpool, check our blog about 5 interesting facts about Liverpool.

It is a 10-minute walk to the University of Liverpool and 24 minutes walk to Liverpool John Moores University. Edge Hill station is 12 minutes away on foot. You will find a range of restaurants, cafes, supermarkets, shops, and entertainment venues within a short walking distance from the property.

It is ideally located just an 8-minute walk to John Moores University and an 11-minute walk to the University of Liverpool. A luxurious residence, it boasts a great location in Liverpool that's very close to the city's main universities and the iconic city centre, which is a short walk away featuring various shops and restaurants. Liverpool Lime Street station is 12 minutes walk away.

It is located in a quiet residential neighbourhood on the outskirts of the vibrant city centre, just a 5-minute stroll to both Liverpool John Moores University and the University of Liverpool. The University of Law - Liverpool can be reached in just 2 minutes on foot, and the Liverpool Institute of Performing Arts (LIPA) is just 10 minutes walk away.

It is just a 2-minute walk to Liverpool John Moores and the University of Liverpool. The University of Law - Liverpool is just 3 minutes stroll away from the building for your convenience. You can easily reach the Liverpool Institute for Performing Arts (LIPA) easily via an 8-minute bus ride.

It is just a short walk from the University of Liverpool and Liverpool John Moores University. The property's ideal location gives you access to everything Liverpool has to offer. There are many transport links available within easy walking distance along with many green spaces and parks to visit anytime.

It is located just a 10-minute stroll to John Moores University and a 21-minute walk to the University of Liverpool. There are many restaurants, cafes, cultural spots, and entertainment venues within a short walking distance from the property.  Moorfields station only 7 minutes away from the building.

It is 13 minutes stroll to John Moores University and 15 minutes walk to the University of Liverpool. The nearest station to this building is Liverpool Lime Street, 7 minutes stroll away. Liverpool's vibrant city centre is only 15 minutes away on foot, which means you have easy access to explore the city's great shops and restaurants.