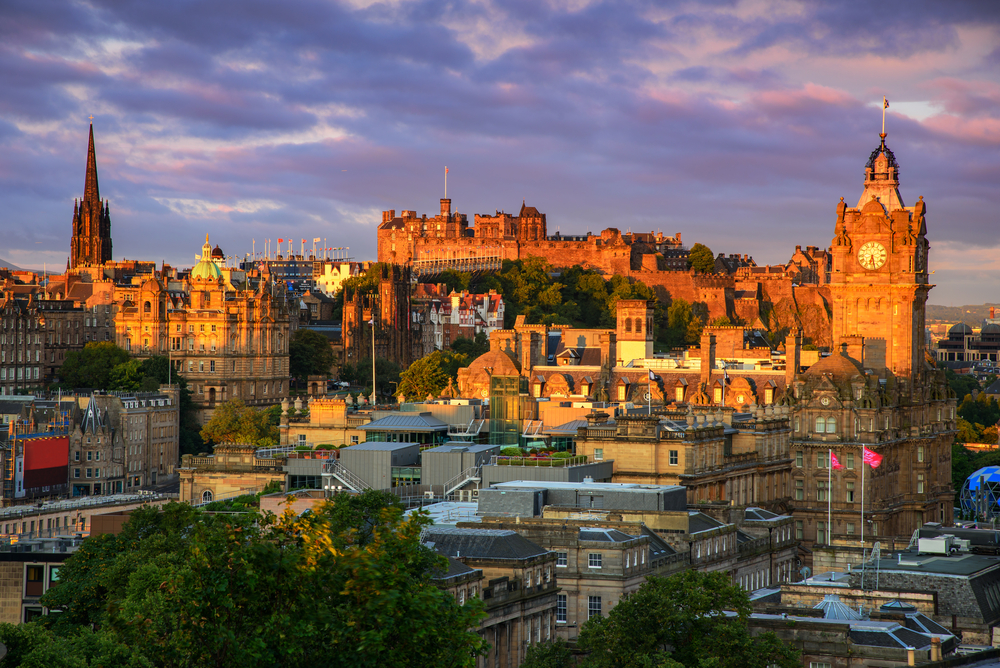 Edinburgh Etymology - Where Does the Name Edinburgh Come From?

The word Edinburgh in old English meant “Edwin's fort”, with the syllable “burgh” meaning “fortress” and “Edin” referring to the King Edwin of Northumbria who ruled during the seventh century.

What Is Edinburgh Famous For?

Edinburgh is the main capital of Scotland; it is known for its historical background that goes back to 500 years ago. The city is also known for its distinctive architecture and private gardens. Edinburgh is the second-most populous city in Scotland with a population of about 489,000. About 10% of the population are actually university students with an immense amount of international students visiting the city yearly.

Edinburgh is around seven and a half hours away from London by car with a total distance of 396mi/637km. Using the underground, it will approximately take four hours and twenty minutes from Edinburgh Waverley station to London King's Cross station.

Why Book Student Accommodation in Edinburgh?

The weather in Edinburgh Varies depending on the season. Summer in Edinburgh is mostly warm and it is the peak travel time for tourists while winter is known to be short, rainy, and cold. If you are thinking about going to Edinburgh, you can check the daily weather using the Accuweather App. The average temperature is 8.3 °C | 46.9 °F. October is the heaviest when it comes to rainfall, while April is the driest. July is the warmest with 14.2 °C | 57.6 °F and January is the coldest with 3.3 °C | 38.0 °F.

What to Pack and Edinburgh Local Timing

If coming from somewhere tropical, that means a whole budget for clothes shopping before heading to your student accommodation in Edinburgh. Rain gear, wool padded anything, jackets, coats, scarfs, thermals, caps, heat preserving shoes, gloves, and maybe even some ear muffs will be your stables. GMT is Edinburgh’s local timing so keep this in mind when booking your travels and student accommodation in Edinburgh.

Is Edinburgh Rural or Urban?

Being the capital of Scotland, Edinburgh is urban as more than 90% of its land located in urban areas.

What are Some Must-Visit Places in Edinburgh?

Students living in Edinburgh can enjoy a long list of things to do in Edinburgh. They can visit Edinburgh Castle which is a royal castle established as a fortress during the 12th century and now turned into the major tourist attraction of the city. They can also visit the Palace of Holyroodhouse which is the queen’s house and the one building that tells all the connection of the royal family with the famous historical figures like Queen of Scots and Bonnie Prince Charlie.

Edinburgh is a city with very good transportation links; there are bus lines everywhere. The main bus operators are Lothian Buses and First Edinburgh. Lothian Buses offers the Ridacard which is a great option for students traveling mainly by buses as it offers unlimited travels starting from one week to one year. Other types of fares include a single fare ticket (£1.70 per journey) and a one-day ticket ( £4.00 per day). Edinburgh also has The Edinburgh Tram that passes through the main squares of the city. People who enjoy a more environment-friendly means of transportation can also cycle through the city using the maps provided by Innertube Maps.