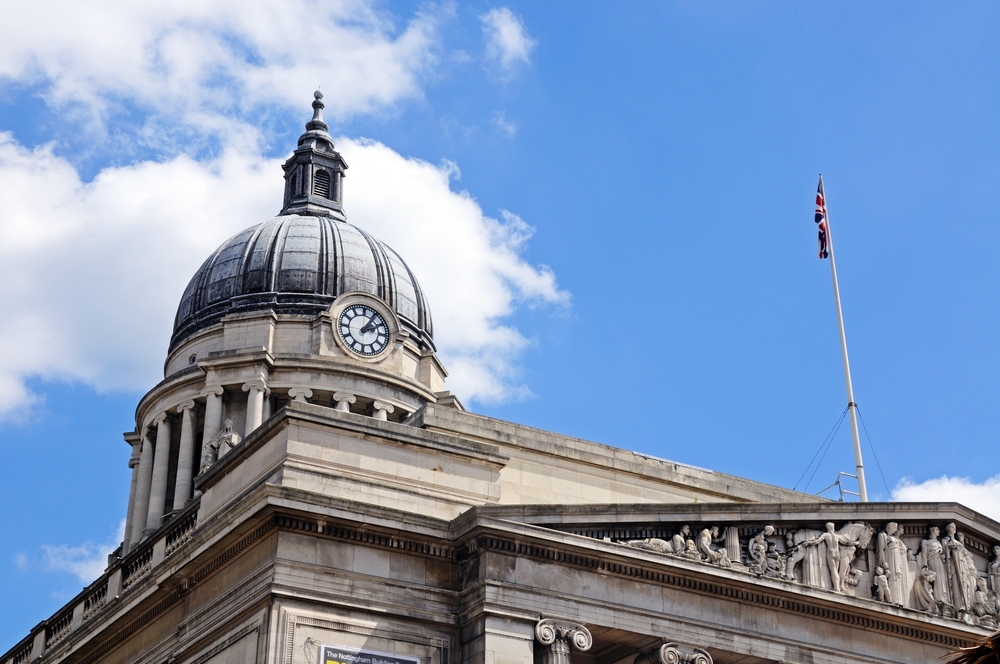 Nottingham Etymology - Where Does the Name Nottingham Come From?

It comes from an Anglo-Saxon origin. Nottingham was written as  “Snotta inga ham” with “ham” meaning “village”, “inga” meaning “belongs to”, and “Snotta” was a name of a man. After a while it was written and pronounced “Snottingham “, then it took its last form “Nottingham”.

What is Nottingham Famous for?

Nottingham is almost three hours away from London, two hours and 48 minutes to be specific, with a total distance of 128.0 mi/205km. Using the underground, the total duration will be cut to nearly half to reach around one hour and 40 minutes, from Nottingham station to St Pancras International station.

Why Book Student Accommodation in Nottingham?

The city of Nottingham is located centrally between Leicester and Sheffield in Nottinghamshire, UK. It is well known for its history dating back to medieval times. You can still see remnants of the original Nottingham Castle today, where the tales of Robin Hood and Sherwood Forest live on. Nottingham’s population is around 310,000 people. The historic city was named a “City of Literature” by UNESCO in 2015 honoring its literary heritage, joining a handful of other cities that include Edinburgh and Dublin.

In modern times, Nottingham has focused on sectors such as low carbon technologies and life sciences as well as digital media, that’s why there are many UK and multinational companies headquartered throughout the city. It is also well known for sports including football, rugby, and cricket. It is home to the famous Trent Bridge Cricket Ground where many international cricket matches are held every year. Nottingham’s weather is generally warm and temperate, but even the driest months witness a lot of rainfall.

Nottingham is one of the best student cities in the UK as it has an increasing student population compared to other major UK cities. There are over 60,000 students choosing to study in Nottingham, either at the University of Nottingham or Nottingham Trent University.

What to Pack and Nottingham Local Timing

Consider the fact that Nottingham is a cold city and pack your basics for cold weather. If you come from a warm country or a tropical area, then a wardrobe makeover will be essential for your stay in Nottingham. Basic coats and jackets are highly recommended, thermals, scarfs, gloves, heat preserving shoes, ice-caps, and earmuffs will be quite the start. GMT is Nottingham’s local timing so you should keep this in mind when booking your travels and student accommodation in Nottingham.

Is Nottingham Rural or Urban?

Nottingham is urban. It’s considered the largest urban area in the East Midlands and the second largest in the Midlands.

What are Some Must-Visit Places in Nottingham?

Shopping in Nottingham is one of the most popular activities. There are endless world-class destinations to go on a weekend shopping spree. If you enjoy visiting cultural spots, you will definitely enjoy living in Nottingham. Wollaton Hall, The Arboretum, Old Market Square, and the City of Caves are all popular places to visit among students.

Getting around Nottingham is hassle-free as it has an internationally recognized award-winning public transportation system. It includes the country’s largest publicly owned bus network. You can easily travel around using the Nottingham railway station and the Nottingham Express Transit tram system, too. A trip from London to Nottingham is just under two hours.