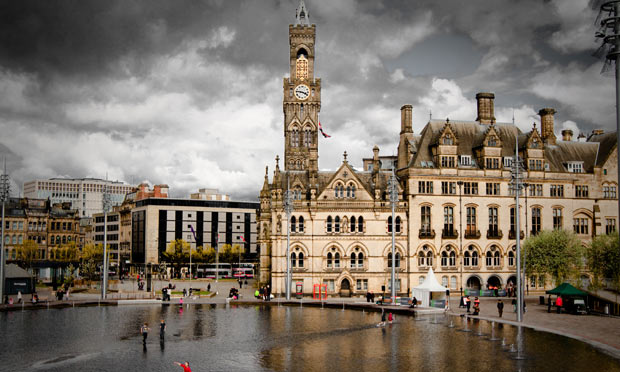 Bradford, UK, is a West Yorkshire town located in the north of England and surrounded by the stunning Pennine mountains, about three hours from London. This unique location makes it perfect for hikes and walks in its beautiful countryside. Bradford is currently in the running to be the UK City of Culture 2025. It is an international city with many historical sites including The Model Village of Saltaire, which has been listed as a UNESCO World Heritage Site, along with another 6000 historical buildings. It's a known student destination in the UK and offers a variety of student flats and shared or private student rooms. Bradford’s population is over half a million residents (6th largest in England), making it large enough to offer something for everyone. You can expect Bradford’s weather to be mostly warm and temperate, with significant rainfall throughout the year.

The city of Bradford in the United Kingdom is both historical and modern, offering many great qualities as a place to live in for university students. Home to the famous Bradford University, and many other colleges and schools, Bradford, England, has a vibrant student population.

There is no shortage of the Bradford student attractions you could check out with your flatmates. Highlights include the Bradford Industrial Museum, which explores the city’s major role in England’s industrial revolution, and the National Media Museum, which is a must for pop culture enthusiasts. Visiting the picturesque Lister Park is one of the best things to do in Bradford; as it’s one of the largest and most popular public parks in the city. Bradford offers great modern shopping centres, a huge variety of restaurants, cafes, and entertainment. Bradford’s popular student restaurants are especially intriguing to explore for an unforgettable experience. Theatre fans looking for fun things to do in Bradford should visit Bradford Alhambra, one of the city’s largest theatres.

You will find a range of convenient transportation links to easily connect you with endless places to visit in Bradford. The city is only 20 minutes to Leeds and under 60 minutes to both Manchester and Sheffield, making it a central location in the north of England and a very easy commute to many other famous university student cities.