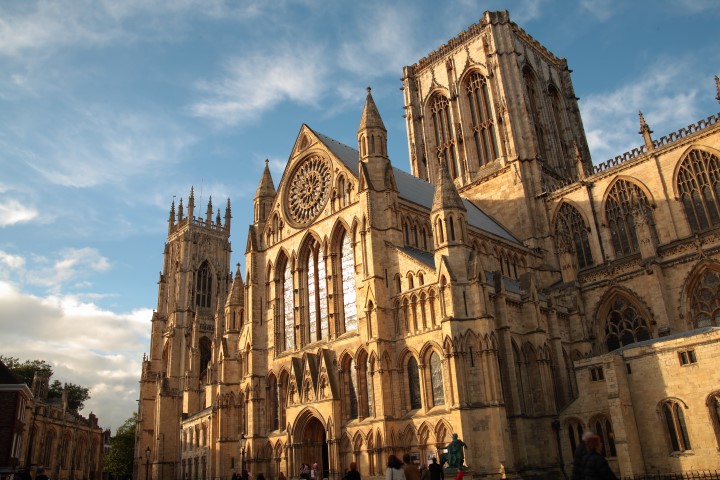 York Etymology - Where Did the Word York Come From?

York went through three phases of naming: the first was during the Roman times when it was called “Eboracum” which is a name derived from a Celtic origin, then 400 years later during the Angels reign, the second name “ Eoforīc” was given and it meant "wild-boar town" in old English language which is commonly known now as “wild pig” and lastly when the Vikings came and gave it the name “Norse Jórvík” which means “horse bay”.

What is York known for?

York Location - How do you get to York from London?

York is two hours away from London by car with a total distance of 209.3 miles, give or take a few minutes when using the underground.

Why Book Student Accommodation in York?

York is an excellent destination to travel to if you are a shopping fan. York Designer Outlet just outside the city centre and it is worth a visit while in the city; it houses the best designer products at incredible prices and there are various food and drink options for when you need a break.

Additionally, York has various festivals which you can visit. York Fashion Week is one of the most famous festivals in the city; it is usually held in March and it mostly includes runway shows, workshops, beauty evenings, and more. Jorvik Viking Festival is another famous York festival; it is held yearly in February and includes various exhibitions and storytelling events about the Viking age in the city.

As the most historical city in the UK, York is a place that grabs the attention of many people. It was founded over 2000 years ago by the Romans and retained its position as a charming city throughout the years. About 20% of York’s population are students with an overall population of more than 170,000. The city houses the world-famous University of York and the University of York International Pathway College which makes it an ideal student hub.

Like any other UK city or any other country in the European zone, York is definitely cold for those who are not used to cold weather. It rains cats and dogs all year round, the heaviest month is June and the driest is February. The average temperature is 9.5 °C; the lowest is in January with 4.0 °C degrees and the warmest is July with 16.1 °C degrees.

What to Pack and York Local Timing

Get yourself some basic rain gear because it’s always raining in York - as usual for any UK city. Scarfs, thermals, jackets, gloves, and heat preserving shoes are your daily essentials. GMT is York’s local timing so you need to keep this in mind when booking your travels and student accommodation in York.

Is York Rural or Urban?

York is urban; it’s surrounded and beautifully invaded with greenery and marvelous architecture. However, lots of rural areas surround the city’s borders in a heavenly mix. Selby, Malton, Tadcaster, and Pocklington are some of the best rural towns near York.

What are Some Must-Visit Places in York?

This beautiful medieval city has various things which you can do. You can check out York Minster which is the largest gothic building in Britain. It took 250 years to build this historic cathedral starting the year 1220. It is now one of Europe’s most beautiful medieval buildings and a significant tourist attraction. Another famous York attraction is the Jorvik Viking Centre which is a renowned museum known for its exhibitions of life during the Viking Era. Furthermore, Castle Howard is an excellent place to visit; it was built over 300 years ago and currently holds various antiques related to the Howard family. The magnificent building is surrounded by acres of beautiful green parkland with stunning ponds and rare flowers.

York has various bus stations all over the city. You can easily access live bus information through the Next Bus mobile website. York is only 2 hours from London and 30 minutes from Newcastle by train.