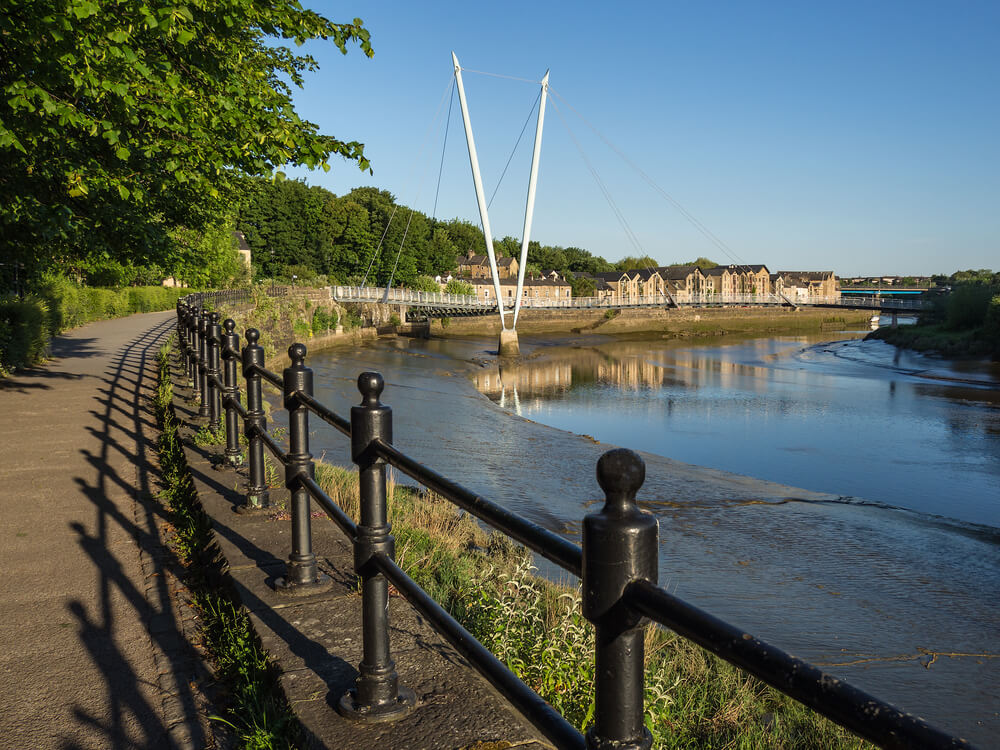 Lancaster Etymology - Where Does the Name Lancaster Come From?

The literal meaning of Lancaster is “Roman Fort on the River Lune” with “Lune” meaning “pure, healthy” in Celtic language.

What Is Lancaster famous for?

Lancaster Location - How far is Lancaster from London by train?

Lancaster is a four and a half car ride from London with a total distance of 251.1 miles. It takes almost 3 hours to get to Euston station in London to Lancaster station, give or take 20 minutes when using different platforms and different lines in between.

Why Book Student Accommodation in Lancaster?

Lancaster’s population is about 50,000 people and is often referred to as a “small city with a big story”. There are plenty of places to eat in Lancaster, and you can explore the various restaurants in the city anytime. Lancaster’s nightlife is also very famous thanks to its various entertainment venues. On the other hand, if you enjoy the beautiful outdoors and green scenery, visiting Williamson Park is one of the most popular activities in Lancaster. It’s perfect for a peaceful afternoon, and you could also check out Ashton Memorial located within the park, an architecturally stunning 50-metre-high building which was built in the 1900s by Lord Ashton in memory of his second wife. You could also try shopping in Lancaster; it’s filled with quirky boutique and local shops worth exploring.

Weather Temperature - Does Lancaster have snow? - Does it snow in Lancaster UK?

For those used to cold weather, Lancaster will be quite temperate. However, you’re most likely coming from somewhere tropical, as an international student, so Lancaster won’t be that temperate for you. The average temperature in Lancaster is 8.8 °C. Rainfall is heavily present even in summer months. December is the heaviest and April is the driest. The highest temperature occurs in July and it gets around 15.4 °C, while the coldest happens in January and gets around 2.6 °C. Asking for internal heating systems when booking your student accommodation in Lancaster will be quite the smart move. Lancaster has some snow, yes, it’s quite common, but not as much as rain.

What to Pack and Lancaster Local Timing

It’s not negotiable, you’ll be changing your whole wardrobe to be able to live in Lancaster. Coming from an equatorial country, where 20-ish degrees is cold, you will be freezing in Lancaster. Rain boots and jackets are out of the question of course, thermals and scarfs are essential for daily wear, and heat preserving shoes are your holy grails. GMT is Lancaster’s local timing which is an important detail to be kept in mind while booking travels and student accommodation in Lancaster.

Is Lancaster Rural or Urban?

Lancaster is considered to be a part of the urban sector within the county of Lancashire, with the county being mainly rural of course.

Is Lancaster UK a good place to live?

For an international student like yourself, Lancaster will be quite the choice as it holds some of the finest high ranking universities in the UK, provides affordable housing selection, and of course, the urban/rural culture blend that will sure give a relaxing getaway in the middle of a school week without much of traveling.

Is Lancaster UK expensive to live in?

The more you move away from London, the cheaper the rest of the UK cities get. However, comparing Lancaster with a tremendously cheap city like Loughborough, it’s definitely on the bit expensive side. Overall, living on a budget in Lancaster can be managed and your fun school years won’t go in vain.

What are Some Must-Visit Places in Lancaster?

Lancaster is considered one of England’s heritage cities. It has a vibrant history that you can explore during your time studying there by visiting Lancaster Castle, Lancaster City Museum, and Quayside Maritime Museum. It is famous for its stunning Georgian architecture overlooking the river. The city is known for its vibrant art scene, too, as it has many organizations involved in arts and culture such as Lancaster Arts at Lancaster University, Nuffield Theatre, Peter Scott Gallery, the Lancaster International Concerts series, and the Lancaster Jazz and Music Festivals.

Unfortunately, you can not eat it till 2034 as the secret recipe is made every 21 years during the Aughton Pudding festival, where it takes them 3 to 5 days to make it.

It’s a cult favourite as the Lancasterian food culture revolves heavily around cakes. This one is made of a bit stiff sponge cake white cream and strawberries.

It’s the leftover liquid of the mushy peas, poured on pie barm, which is a cupcake-like pie, and stuffed with meat.

Stagecoach is the primary bus operator in Lancaster and it operates more than thirty buses from Lancaster Bus Station to Lancaster and Morecambe as well as frequent buses in Lancashire and Greater Manchester. Cycling routes have recently been improved so cycling across the city is easy and student-friendly. Manchester Airport and Liverpool Airport are the nearest airports to Lancaster.

Railway Stations in Lancaster - What train line is Lancaster on?