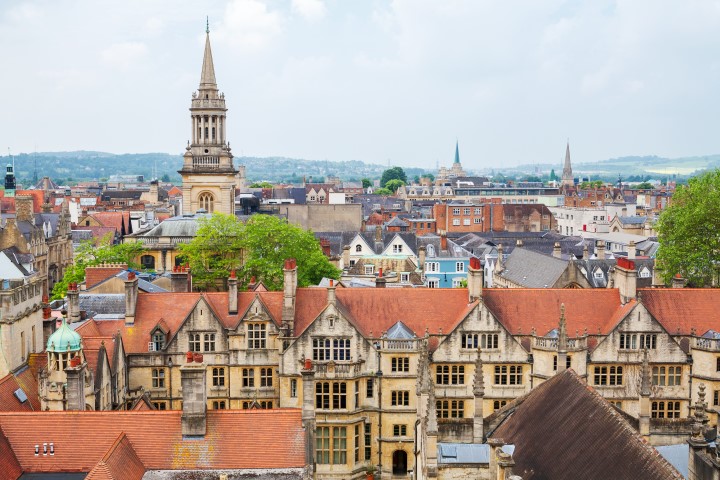 Exeter Etymology - Where Does the Name Exeter Come From?

The name Exeter is derived from an Old English word “Escanceaster” which was given to a river that is now known as “Exe River”. An important piece of information to know is that the suffix “-ceaster” in the Old English language used to be a mark for fortified towns and cities.

What Is Exeter famous for?

Exeter is almost three and a half hours away from London by car with a total distance of 173.8mi/278km. It’s two hours and 13 minutes when taking the underground from Exeter St Davids station to Paddington Station station.

Why Book Student Accommodation in Exeter?

Exeter does not only have good places to visit but it also has a lot of good festivals. One recommended festival for you is the Let’s Rock Festival; this festival started in 2009 and its aim is to bring back the best music and performances from the 80s. Rock lovers will find what they want here and if you are a lover of camping as well, you can go early and camp on-site. It is a totally new experience.

Exeter is a city with a rich historical background that dates back to Roman times. The city walls surround the centre of the city, Exeter Cathedral, Exeter Castle, etc. It is only a 3-hour train trip from London and it is a city with a very strong educational background with the University of Exeter regularly ranking in the top 10 Universities in the UK.

What to Pack and Exeter Local Timing

Exeter is cold, so pack what you usually pack when going somewhere cold. Jackets, earmuffs, coats, rain gear, thermals, and scarfs will be the starter kit for you. Also, heat preserving shoes are going to be quite handy. GMT is the local timing so you need to keep this in mind when booking your travels and student accommodation in Exeter.

Is Exeter Rural or Urban?

Exeter is the largest urban city in Devon, which in itself is a rural area, so you’ll be getting the best of both worlds when choosing your student accommodation in Exeter.

What are Some Must-Visit Places in Exeter?

If you are a student living or planning to live in Exter, there are a lot of things you can do in Exter. You can walk or cycle along the Riverside Valley Park, walk around the city centre or check out the old Exter library, or you can visit some very interesting free places. The Bill Douglas Cinema Museum is one of the must-visit places in Exeter; it is a free visual art museum that includes a collection of toys, images, artefacts, etc. from the 17th century to the present day. The museum is located inside the old library of the University of Exeter.

The Royal Albert Memorial Museum & Art Gallery is another interesting place that you should never miss. It includes more than 16 galleries with displayed artefacts that takes you all the way from the prehistoric age to the present. Finally, you must visit the Cathedral; Exeter Cathedral is more than 900 years old and it is known for its two Norman towers and the gothic decorations inside. Visitors are always welcomed for free to the Cathedral!

Transportations are also easy to find in Exter. For buses, COAST bus has a lot of bus routes that run through Exeter on COAST route 7 on demand. However, you must contact them first to reserve. Taxis are also available with two main companies - Academy Taxi and Caren's Caravan - controlling transportation. Finally, if you are a fan of walking you can find various walking roads on the main website of the city council here.