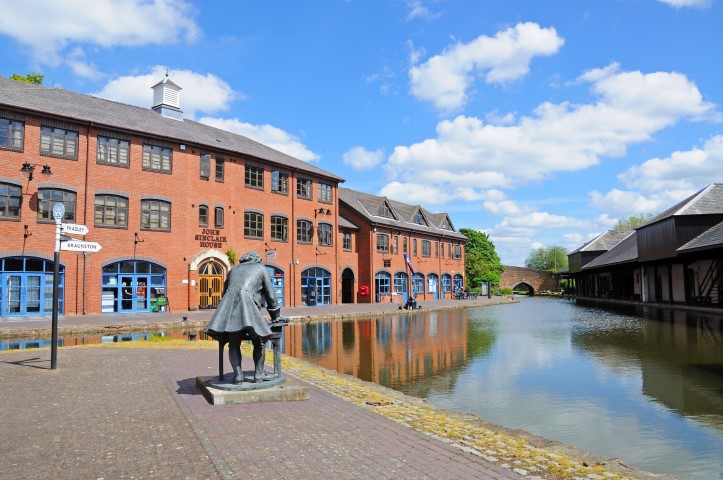 Coventry Etymology - Where Does the Name Coventry Come From?

It is said that the city borders in ancient days were marked with a tree. Therefore, the city was named “Coffantre” in its Old English version. Later, it was developed into its current name “Coventry “.

What Is Coventry famous for?

Chester is less than a 20-minutes ride to London with a total distance of 3.7 miles. You can also take the underground from Liverpool Street station to Finsbury Square station in London which will take roughly 30 minutes and maybe even less.

Why Book Student Accommodation in Coventry?

Coventry, UK, is a city located in the West Midlands county of central England and positioned almost exactly in the centre of the entire country. Coventry is England’s 9th biggest city and the UK’s 12th biggest city. The Coventry population is estimated to be 418.347 in 2019.

The city’s skyline is one of the world’s most recognizable with the Three Spires of Coventry: the Holy Trinity Church, Christ Church, and St Michaels. There is no shortage of unique history and rich culture that international students will get to enjoy while living in Coventry. The city has been named the UK City of Culture 2021. It is also one of the best student cities in the UK.

What to Pack and Coventry Local Timing

Cold weather essentials are your holy grails. Coats, jackets, thermals, scarfs, wool gloves, wool caps, rain gear, and heat preserving shoes are some must-haves in your wardrobe when being in Coventry. GMT is Coventry’s local timing so you need to keep this in mind when booking your travels and student accommodation in Coventry.

Is Coventry Rural or Urban?

Coventry is urban, holding 20th place as the biggest city in the country of the UK.

What are Some Must-Visit Places in Coventry?

The most well-known cathedral and the number one tourist attraction in Coventry, England, is St Michael’s Cathedral which despite being damaged in the Second World War, was complemented by the Coventry Cathedral which was completed itself in 1962 and stands tall next to the original. Coventry is known for the Rugby Union which is arguably more popular than the national stable sport of Football. A popular city for arts and culture, there are numerous events throughout the year that include the Coventry Jazz festival and the internationally acclaimed Godiva festival which is the largest free festival in the UK and named after Lady Godiva, a historic ancestor of Coventry folk law. A great weekend or even a day in London can easily be planned as well since getting from Coventry to London only requires a one-hour train ride. Shopping in Coventry is also one of the highlights of living in the city. If local markets are an interest, markets in Coventry are quite unique as well.

Getting around the city is quite easy as there are many convenient public transportation options in Coventry including many bus routes and bike lanes.