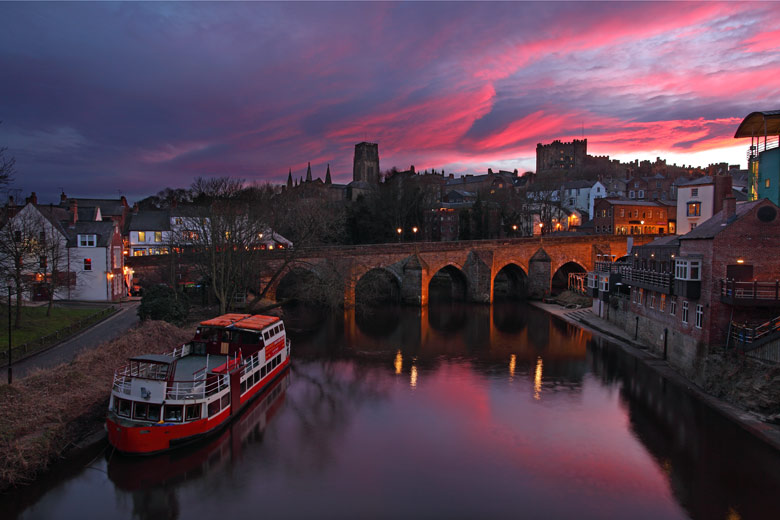 Durham, UK, is a county town located in County Durham. The university city is one of the most unique places on Earth to study in as it beautifully sits on either side of the River Wear, making for picturesque views. It also has a wide range of student flats and shared or private student rooms. Durham City has a population of about 50,000 and is known for its iconic architecture, featuring buildings that are over 1000 years old. These include Durham Cathedral (featured in the Harry Potter series as Hogwarts) and the 11th Century Durham Castle, both designated World Heritage Sites by UNESCO. The weather in Durham is temperate like the rest of the UK, with significant rainfall during the year.

The city is extremely safe, clean, and historic. It has the esteemed Durham University, which is known as an alternative to Oxbridge and has one of the oldest and most historic campuses in the world.

There are many options for entertainment, cultural, or sporting activities, not forgetting going shopping in Durham. There are many amazing student activities in Durham whenever you have free time on your hands, including admiring the High Force Waterfall or exploring the Flat White Kitchen. The Botanic Garden is a must if you’d like a serene walk surrounded by stunning green spaces.

Students can easily explore surrounding cities with Newcastle being 15 minutes away and York just 30 minutes away. Durham has a major train station which allows residents easy access to neighbouring cities and it is only about two hours to London. The city is by far one of the most highly sought-after places to live for both UK and international students.

It is a 5-minute stroll to Durham train station and Durham bus station, which eases the access to all of the Durham University campuses. The Teikyo University of Japan in Durham is 25 minutes walk away from the building. There's a wide range of transport options close to the property.

It is a 14-minute walk to the University of Durham and its various campuses are nearby as well. The building is a 15-minute stroll to Durham train station and Durham bus station. There's a wide range of transport options a short walk away to get you anywhere you need to go.

It is just a 10-minute stroll to College of St Hild and St Bede and a 19-minutes walk to Durham University. Durham University Business School is a short 26-minute bus ride away. This student home is located a short walk away from the picturesque River Wear.

It is just a 25-minute walk to Durham University and Teikyo University of Japan in Durham. There are various transport links available within easy reach from the building, with Durham train station 20 minutes away on foot. Old Durham Gardens is a short walk from the property.

Ernest Place student residence in Durham is situated in the heart of Gilesgate area, just a 23-minute walk to the College of St Hild and St Bede and a 30-minute bus ride from Durham University. There's no shortage of transport options available surrounding the property, so can get anywhere you need to go easily.

It is located within an easy walk to Durham University and New College Durham. The city centre is only 20 minutes walk away allowing easy access to multiple city attractions.