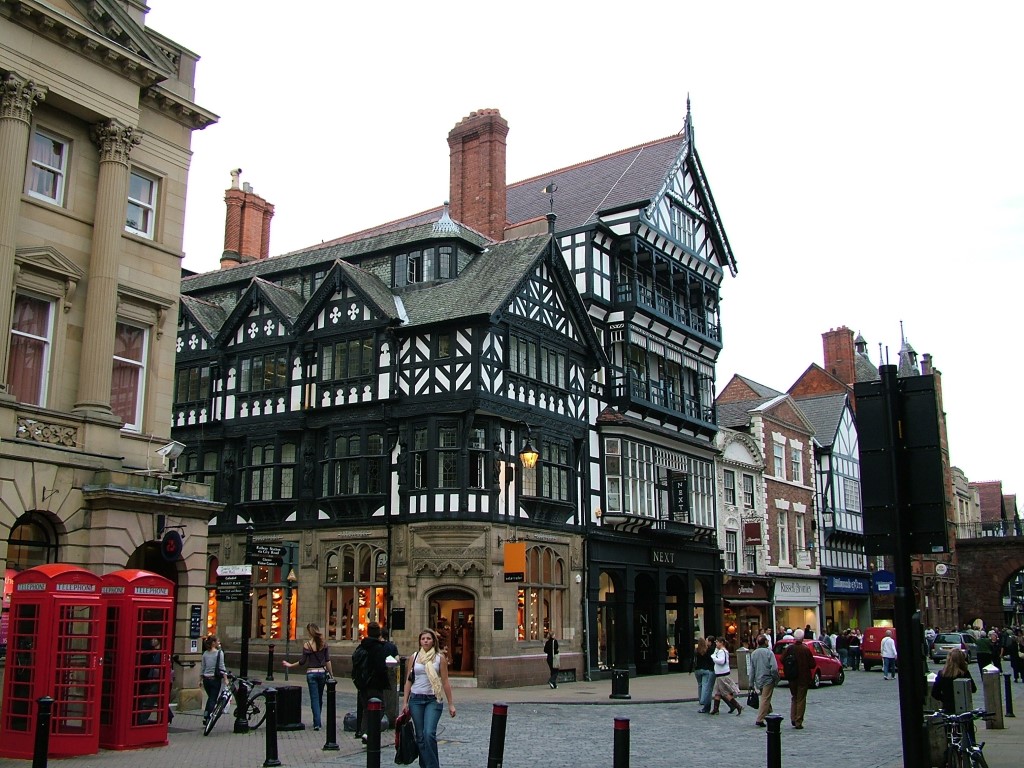 Chester Etymology - Where Does the Name Chester Come From?

Chester is derived from the Latin word “castrum” meaning “fortress”, a building used as a military camp. The common tongue of Welsh people developed Castrum to Chester across the years.

What is Chester famous for?

Chester is almost a four-hour car ride to London, with a total distance of 191.8 miles. You can also take the underground from Chester station to Crewe station in London which will take around 3 hours, maybe 15 minutes less too.

Why choose Student Accommodation in Chester?

Chester is a city in Cheshire, on the River Dee. It was originally established as a fortress by the Romans in the 1st century, which makes it a very historical city. Booking student accommodation in Chester is very suitable for students who study in one of the top-rated universities like; the University of Chester, University of Law, as well as, West Cheshire College.

If you are coming from an African or Asian country, you will probably change your whole wardrobe, scarfs, jackets, rain boots and thermals won’t be much of a luxury for you. GMT is Chester local timing; when booking your flights and student accommodation in Chester, keep that in mind.

Is Chester Rural or Urban?

Chester is urban; however, this was not the case till 1974, the city witnessed lots of border changes in its history, as it was part of the rural district of Cheshire, England.

What are Some Must-Visit Places in Chester?

Besides the great history of this castle, it offers a great view and breathtaking landscape for those looking for a great free IG session. If you have a drone, this place will get you some amazing scenes.

Chester Cathedral is a known legacy from AD 958. The Choir is the part you don’t want to miss when visiting the Cathedral, as Handel's Messiah was first performed here at Christmas.

Mainly built to exhibit the remnants of the Romans fortifications from all around the city. It’s close to Chester City Walls. The most notable are the columns that supported the roof of the Roman bathhouse and the assembly hall.

If you have the budget, try booking a shark dive at the Blue Planet Aquarium; if not, then a simple tour will do you just fine. The Aquarium has more than 50 marine species displays, a Caribbean Reef exhibit and the largest shark collection in Europe.

If you’re thinking to yourself, how would it have been like to live during this era in Chester, then this place will give you not just answers, but also a glimpse of the past by sound, light and smell shows.

It has two versions, and both of them for the sake of unnecessary confusion are called “Chester Pudding”! The traditional, old, yet most common version is the one with the breadcrumbs, suet and blackberry jam, with the last being the most apparent ingredient and most flavoured. The newer version is the one with “meringue” in it, lots of people think it’s a pretender, and there is no way the traditional one is to be replaced with it, but we will leave the judgement to you!

This is how Welsh people pronounce pie, cultural differences at its finest here! Cheshire Pork Pye is an upgraded version of any pork pie you’ve ever eaten in your life, that’s for sure! Consisting of a prime pork loin, nutmeg, white wine, peppers and sugar, the pie is usually served in a case of crusted pastry with peas.

Chester has good transportation links with bike-friendly routes, buses, trams, railways and river canals. If you wish to know the timetable of a certain bus, you can fill the forum on the city’s main website and get the information you need. You can also get a Plusbus card to get discounted rides on your daily transportations. You can also find cycling maps for the best routes on the cycling campaign website.