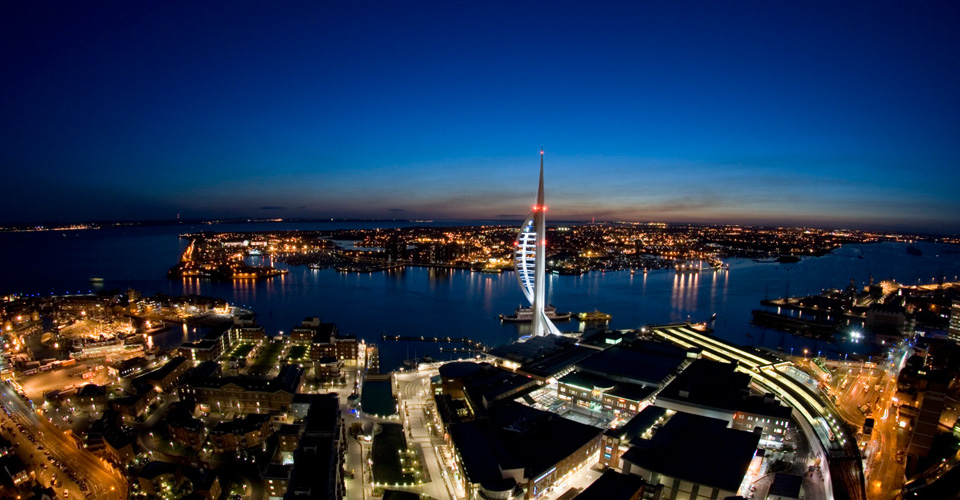 Portsmouth is almost two hours away from London by car ride with a total distance of 81.4mi/130km. Using the underground from Cosham station to Waterloo station will take the same amount of time.

Why Book Student Accommodation in Portsmouth?

The port city of Portsmouth, nicknamed Pompey, is located just off the coast of south-east Hampshire on Portsea Island. It is one of the most popular coastal cities in the UK and the only island city in the entire country. The Royal Navy has two-thirds of its surface fleet docked at Portsmouth’s harbour. It is known for being the only UK city with a higher population than London; just over 205,000 people.

The city is home to the University of Portsmouth as well as a large number of colleges and ELT schools for international students. The university was founded back in 1992. There are over 23,000 students currently enrolled in the university. It was ranked in the world’s top 100 modern universities list in April 2015 by Times Higher Education. Local colleges include Highbury College which specializes in vocational education and Portsmouth College which offers a wide range of courses. Admiral Lord Nelson School and Miltoncross Academy are among the top language schools in the city.

Being on the southern coast of the country, Portsmouth’s weather is at its peak from late spring to early autumn. Its summers are hot and sunny, and winters can be rough with a lot of rainfall and wind. The average temperature in Portsmouth is 11.0 °C | 51.7 °F, in addition to continuous rainfall throughout the year. July is the warmest with a temperature of 17.3 °C | 63.2 °F and February is the coldest with a temperature of 5.4 °C | 41.8 °F. March is the driest and November is the heaviest when it comes to rainfall.

What to Pack and Portsmouth Local Timing

Pack what you see fit for cold weather. Coats and jackets are a good start. Scarfs and thermals can be quite handy for day-to-day wear. Heat preserving shoes and rain gear are also wardrobe staples. Earmuffs and wool gloves are nice additions as well. GMT is Portsmouth’s local timing so keep this in mind when booking your travels and student accommodation in Portsmouth.

Is Portsmouth Rural or Urban?

Portsmouth is urban with a low-end suburban-style, considering the fact that most of the housing stock is owned by single families.

What are Some Must-Visit Places in Portsmouth?

Portsmouth has a huge selection of entertainment venues located around Gunwharf Quays and an impressive number of large department stores that make shopping in Portsmouth a great experience. There’s a wide selection of places to eat in Portsmouth to enjoy with your friends and discover the culinary delights of the city. Among the many things to do in Portsmouth is wandering around the Portsmouth Historic Dockyard which is an open space of the HM Naval Base with historic buildings and ships. Sports fans can check out Fratton Park stadium where the city’s team Portsmouth FC plays.

Portsmouth has a very modern public transport system allowing easy access to London. The capital is an hour and a half train ride away. You could easily reach any other major city in the UK, too such as Southampton which is another famous UK coastal city just 45 minutes away by train. There’s an efficient bus network in Portsmouth for daily transports and ferries that operate across the harbour regularly.