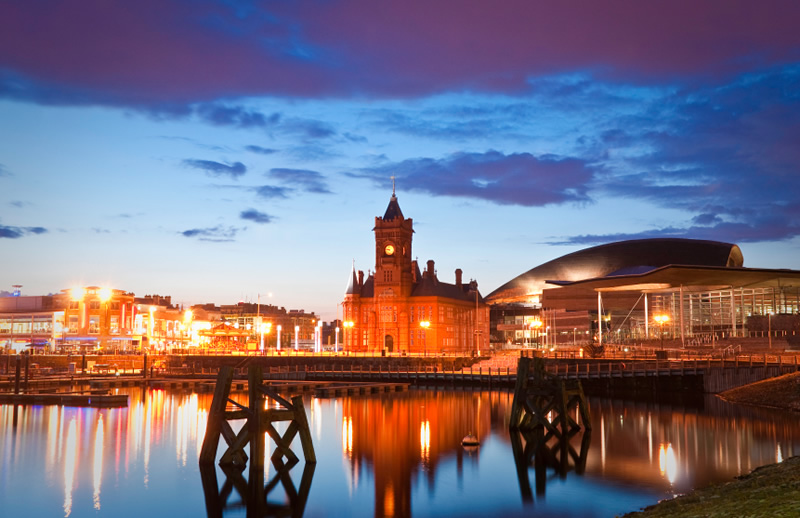 Located just 300 km from London, right at the end of the River Severn, Cardiff is the 10th largest city in the UK and the largest in Wales. It was named the capital of Wales in 1955, which makes it among the newest capitals. It's a popular student destination offering excellent universities and student homes to accommodate student visiting from around the world. The weather in Cardiff, UK, is rarely extreme during the year, with July being the hottest month and January the coldest. Historical, cultural, modern, fashionable, and convenient are just some of the terms used to describe this vibrant and breathtaking city. The city is known for its many sporting events in football as well as rugby at Cardiff City Stadium and Cardiff’s iconic Millennium Stadium, which features the world’s biggest sliding roofs. Fans of Cardiff FC will definitely enjoy living in the Welsh capital.

International students who choose to live and study in Cardiff will get to witness a city with a rich history and culture. There are a lot of things to do in Cardiff. A break from studying will be needed from time to time, so having a Castle Key will be quite handy. It allows free admission and exclusive discounts for 3 years to Cardiff Castle, one of the most famous Cardiff attractions. It is a true architectural gem. Cardiff Bay is another destination that offers endless activities and eateries; walking by the waters is dreamy on its own. It is estimated that more than 10 million tourists visit the bay every single year, and as a university student in Cardiff, access is easily granted all year.

Shopping in Cardiff is another major highlight. St David’s shopping centre is one of the largest in the UK, with 1.4 million square feet of great shops, cafes, entertainment venues, and restaurants to experience the great Cardiff nightlife. Cardiff Market is interesting as well, which has been trading unique products since the 1700s.

Cardiff is only a two-and-half-hour train ride to London, allowing residents and students easy access to the capital in order to spend a day or a weekend there. Cardiff also has an international airport so residents can fly to many destinations in the UK and Europe. Since Cardiff is quite a compact city, walking is one of the best ways to navigate it. The city has many excellent transport bus and train networks so you do not have to worry about getting around the city.