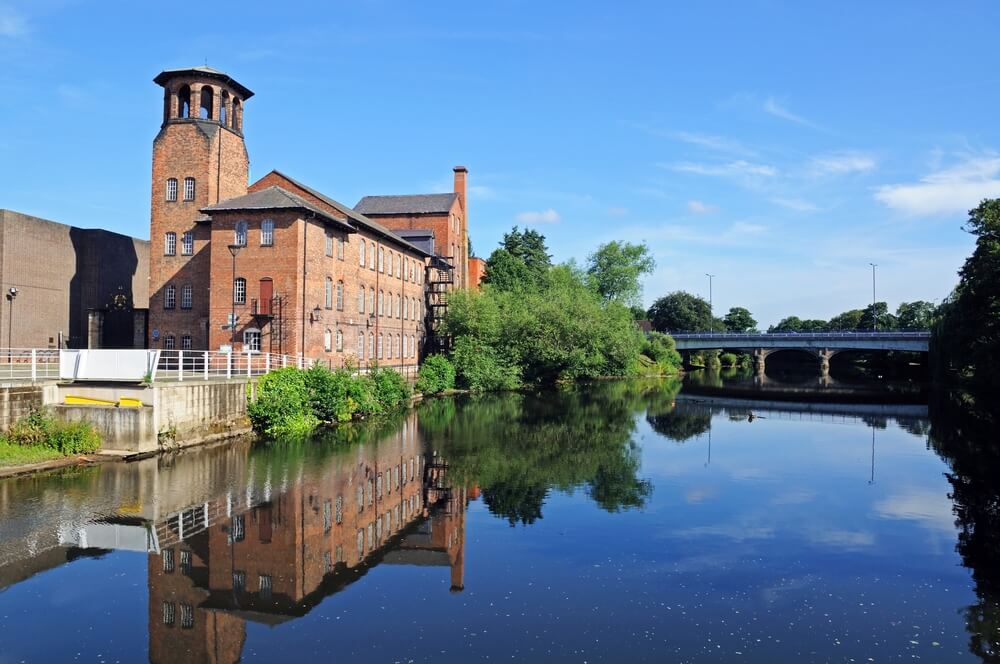 Derby, UK, is a city located in Derbyshire right on the banks of the River Derwent, England. Derby city used to be a small market town back in the 18th century. During the Industrial Revolution, it boomed with its trade of cotton and silk spinning. The unmissable 18th-century mills overlooking the river were designated a UNESCO World Heritage Site in 2001. The magical cathedral quarter of the city has it all and is the oldest part of the city; walking these historical streets is the most enjoyable Derby things to do. You'll find a variety of student rooms, whether shared or private, as well as cluster student flats, all located near the university you're studying in. You can mostly enjoy pleasant weather in Derby, UK, throughout the year thanks to its tropical climate. Winter is warm and summer is hot and humid. The city barely gets cold. While December to February is a season for cyclones, the wet season brings with it warm, torrential rain.

The University of Derby (UOD) has three campuses, Derby Campus – the main campus, Buxton Campus, and Chesterfield Campus. Derby Campus is about 30 minutes from Nottingham, an hour from Birmingham, and less than two hours from London, which makes it easy for you to travel on weekends to see other cities. The Buxton Campus is an hour from Derby, and it is where outdoor and sports courses are based. Chesterfield Campus is dedicated to nursing courses, and it is situated on the edge of the Peak District. In Derby, you can study a variety of courses across a range of subjects, whether full-time, part-time, or online.

Derby Cathedral tower, Derby Gaol, Pickford's House Museum, Derby Museum and Art Gallery, St Helen's House, Derby Theatre, and Royal Crown Derby are all considered remarkable student attractions in the city. Exploring Chatsworth House is also a must-do for history buffs. It has 30 stunning rooms to marvel at. It’s been home to the Cavendish family since the year 1549. Derby is known for great festivals as well. The QUAD centre for art and film organizes the annual Derby Film Festival and the FORMAT International Photography Festival.