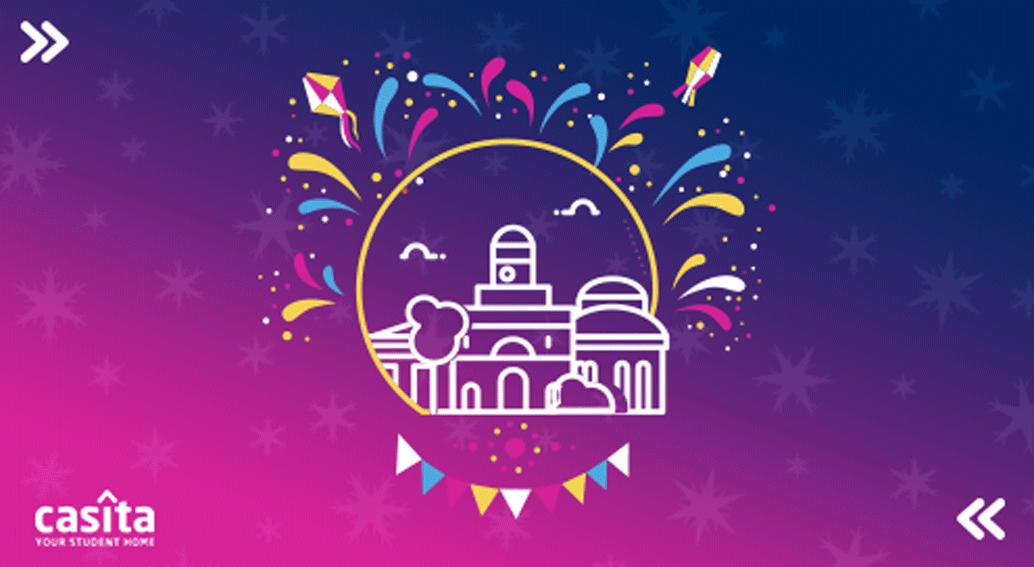 Edinburgh, the main capital of Scotland, is considered one of the most historic and architecturally beautiful cities in the world. The city is known for its 500-year-old history as well as its vibrant atmosphere, busy city life, and bustling nightlife. Additionally, the city hosts a number of festivals and events annually that appeal to people from all over. Edinburgh, rest assured, has a festival for every interest, as the city’s festive schedule is buzzing all year round. Whether you are a bookworm, an art junkie, or just obsessed with music, Edinburgh has a festival just for you! 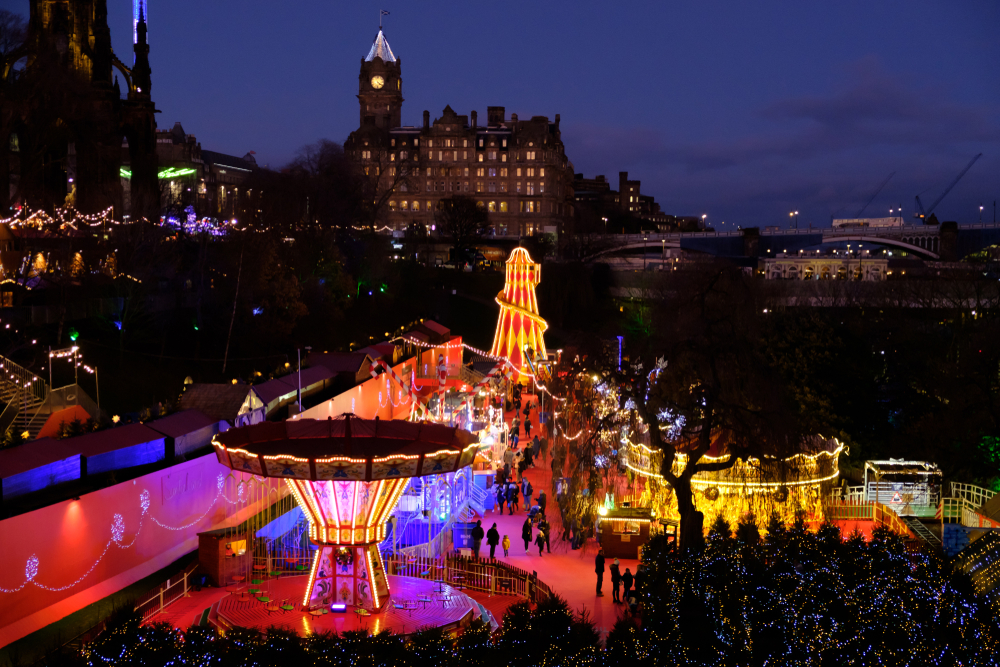 A Student Guide to Edinburgh’s Festivals

The student population in Edinburgh, both local and international, makes up about 10% of the city’s whole population. This is due to the city’s world-renowned learning institutions and top-ranked universities. But as beneficial as it is to study in Edinburgh, it can also be fun! As a city with an abundance of annually-held festivals, you are guaranteed to find something that piques your interest. Let’s delve into this student guide to Edinburgh’s festivals together!

This festival takes place in the summer of every year in Edinburgh, presenting both UK and international films in all genres and lengths along with variously-themed retrospectives. EIFF mainly is in Edinburgh Filmhouse; however, it uses other cinemas and venues across the city, including Fountain park Cineworld, Edinburgh Festival Theatre and the Odeon. 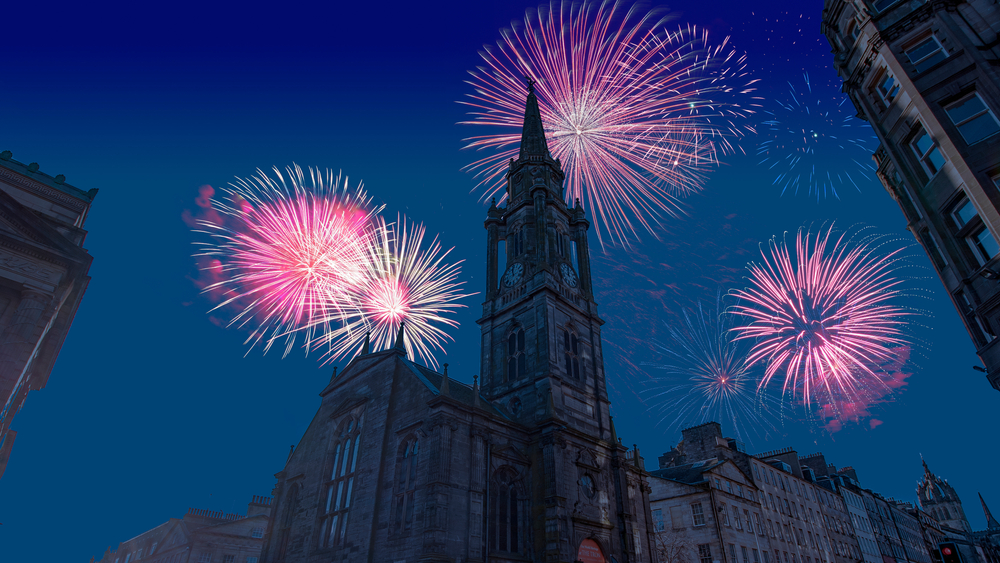 Edinburgh galleries and art projects are usually presented in the annual Edinburgh Annuale visual art festival, particularly the ones stimulating local activities. The first Edinburgh Annuale took place in August 2004 and included numerous exhibitions; however, over the years, it has grown to include publication launches, live events, and more exhibitions.

In July, the Edinburgh International Magic Festival, which is also known as MagicFest, takes place in the month's first week. It is an Edinburgh Festival that was founded in 2010 and was held annually ever since; it attracts over 10,000 people to 80 different events across the city. Summerhall and the Royal Lyceum Theatre are the main venues; however, it took place before at the Scottish Storytelling Centre, the Royal Scots Club, The Pleasance, The Stand Comedy Club, the Edinburgh Filmhouse, and Camera Obscura.

The Edinburgh Jazz and Blues Festival

This is yet another fun Edinburgh festival that runs during the summer in the city. It presents 400+ performances from around the globe showcasing their street music, vibrant costumes, circus, street theatre and dance. It will be celebrating its 40th anniversary in 2018, featuring international and Scottish acts throughout 10 days, across various venues, including the Jazz Bar, Festival Theatre, and the famous George Square Spiegeltent.

Summer is vibrant and jam-packed with things to do in Edinburgh, witnessing the most thriving festivals compared to all the other seasons of the year. Visual art has always occupied a large part of Edinburgh's cultural scene and as a result, the Edinburgh Art Festival was added to the city’s jammed schedule in 2004. It evolved into gathering the city’s leading galleries, museums and artist-run spaces together, featuring around 45 exhibitions, attracting 300,000 art lovers, making it the UK’s largest annual festival of visual art. It takes place during the summer months in Edinburgh, presenting some of the most important works from the 20th century and other salient historical manoeuvres at various venues all around the city centre.

There is also the annual Edinburgh International Festival which extends throughout three weeks in the month of August, bringing top-notch performers of music, theatre, opera and dance from around the globe. It hosts a series of visual art exhibitions, talks and workshops at numerous venues, including The Edinburgh Playhouse, Usher Hall, Festival Theatre, Kings Theatre, The Queen’s Hall, Royal Lyceum Theatre, and the Hub.

August cannot be mentioned without highlighting the world’s largest arts festival, Edinburgh Festival Fringe, or simply The Fringe. In 2017, it extended to 25 days, featuring thousands of performances in 300 venues ranging from grand theatres to small basements. Any type of performance is welcome to participate in this festival and the official Fringe Programme categorises shows into theatre, comedy, dance, physical theatre, circus, children's shows, musicals, opera, music, spoken word, exhibitions, and events. Unquestionably, this is the biggest arts festival in the world and if you are studying in Edinburgh, it is a must-attend festival; every wall and fence will have flyers and posters and street performers will be popping up everywhere.

The Edinburgh International Book Festival (EIBF) is emphatically enticing for literary lovers and both Edinburgh residents and visitors. Over 800 writers from around the globe share their knowledge, perspectives, and expertise at over 700 events that are meant to motivate, delight and educate. Piles of books will be available to be discussed, read, and purchased. You cannot miss “meet the author” events in Charlotte Square in the West End. EIBF targets bibliophiles and avid readers, offering free craft activities and imaginative authors’ events. Each year it takes place in the last three weeks of August.

One would think that August now is jammed enough, but this city never ceases to surprise its inhabitants. Edinburgh Mela, the annual multi-cultural festival is scheduled in August as well. Melas are celebrated with South Asian culture, music, dance, theatre, fashion, food, and stalls. October has Africa in Motion (AiM) which is an annual African film festival and Edinburgh’s Hogmanay takes place in December with its Scottish celebrations of the New Year taking place.

These are only some of the most notable festivals and events held annually in the city of Edinburgh. As a borough of culture, history, and art, Edinburgh never fails to surprise both locals and visitors with its vibrant lifestyle and the fun one can have at one of its renowned festivals. So, if you’re planning to start your study abroad journey in this beautiful city, be sure to keep this Edinburgh’s festivals student guide on hand so you can plan your time around them and attend as many as possible during your stay there!

Do You Really Know Where Are Liverpool and Edinburgh?
When we hear the word Liverpool, it automatically triggers the UK’s city or sports team!
5 Less-than-fifteen-minutes to Central Edinburgh Student Accommodation
It's a life-saver to live in student accommodation near your university; you get to save time and money!
So what are you waiting for?
Let our accommodation experts guide you through the Explore, Discover, Secure process in order to find the most suitable room, close to your institution, within your budget and according to your needs.
Sign up for our newsletters so you can have the latest Student Accommodation News at your fingertips.
UK
London
Birmingham
Glasgow
Liverpool
Edinburgh
Manchester
See all cities
Australia
Sydney
Melbourne
Brisbane
Perth
Adelaide
Canberra
See all cities
USA
Charlottesville
New York
Fort Worth
Atlanta
Raleigh
New Orleans
See all cities
Casita
Become a Partner
Blog
News
Testimonials
Why Casita?
Accommodation
How it Works
Contact Us
Useful Links
About Us
Terms of Use
Privacy Policy
Sitemap
FAQs
Careers