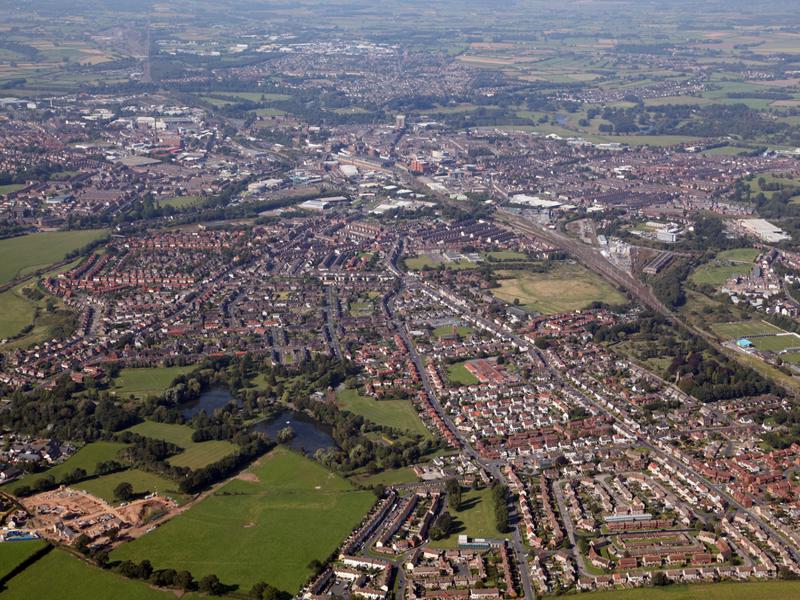 Carlisle Etymology - Where Does the Name Carlisle Come From?

It is said that Carlisle comes from an ancient Proto-Celtic word meaning “strength of Lugus” with “Lugus” being a deity of the Celtic Pantheon.

What is Carlisle Famous for?

By car, Carlisle is five and half hours away from London with London 305 miles away and the border of Scotland just 13 miles away to the north. Using the underground, it takes four hours from Carlisle to London, Euston underground station.

Why Book a Student Accommodation in Carlisle?

Carlisle, England, is an ancient city and district of the county of Cumbria in North West England. Rivers Eden, Pettrell, and Caldew nearly surround the city. Carlisle’s population is approximately 107,524 and has an area of 402 square meters, making it the biggest city in England by area even though most of it is rural. Carlisle is an interesting destination for international students in the UK, as the city has a rich history and the potential things to do for students are countless.

Regardless of where you are from, add these clothes to your list to prepare yourself for Carlisle’s weather. Prepare jackets, rain boots, scarfs and thermals for your daily outfits and buy heat-preserving shoes for snowy days. GMT is Carlisle local timing; when booking your travels and student accommodation in Carlisle, keep that in mind.

Is Carlisle Rural or Urban?

The majority of Carlisle is urban; however, being a part of Cumbria which is in its essence a combination of both rural and urban, you will find some rural areas in Carlisle; in fact, when you first lay eyes on Carlisle's architecture, you will feel the rural vibes dominating the scene.

What are Some Must-Visit Places in Carlisle?

The most popular place in the city. A medieval fortress has been overlooking the city for the past nine centuries. The fascinating chambers and dungeons are great to see, and the exhibition tells all the great stories of the iconic castle.

Carlisle Cathedral, which was built from the exact rust-red stones of Carlisle Castle, is second place in terms of popularity. It was first a priory church in 1122 and Athewold; its very first abbot made it a cathedral.

Commonly known as Roman Wall, Hadrian Wall is another not to be missed destination. Hadrian’s Wall was formerly a defensive fortification for the Roman province in Britannia.

Being behind Carlisle Castle and minutes away from the city centre makes it a great getaway every now and then when school gets a bit overwhelming. Bitts has a plethora of activities to do while spending your day there, from enjoying the relaxing sight of ornamental lawns, Japanese gardens, and riverside walks, to football pitches, bowling and tennis courts.

With a 320-people capacity, The Brickyard holds a variety of musicals and live shows; it is such a great place to indulge in when first visiting the city.

This secret recipe is an original recipe made in 1850 by the local shop “Grasmere Gingerbread”  located in Grasmere’s tiny Lakeland village. The lady who owns the shop created the best gingerbread you’ll eat in your life. Topped with sugary, sandy, gingery crumbs, your taste buds will be exploding with the flavour of this garlic bread.

Marshes are wetlands dominated by herb plants rather than woody plants, usually used for grazing livestock. The meat produced by these kinds of marshes is rich in flavours as the animals feed on aromatic herbs rather than the usual woody plants. Therefore, trying the Salt Marsh Lamb meat will be quite the experience, your taste buds will thank you.

What makes this sausage special is that it’s made out of chopped pork meat not minced, which makes it chunky textured. Herbs and spices are added to the meat for a more deep, rich flavour. It’s sold in very long strains, rolled in a flat with a circular coil.

Carlise has a great public transportation system. There are various train stations within the city; stagecoach bus transport is easy to reach.