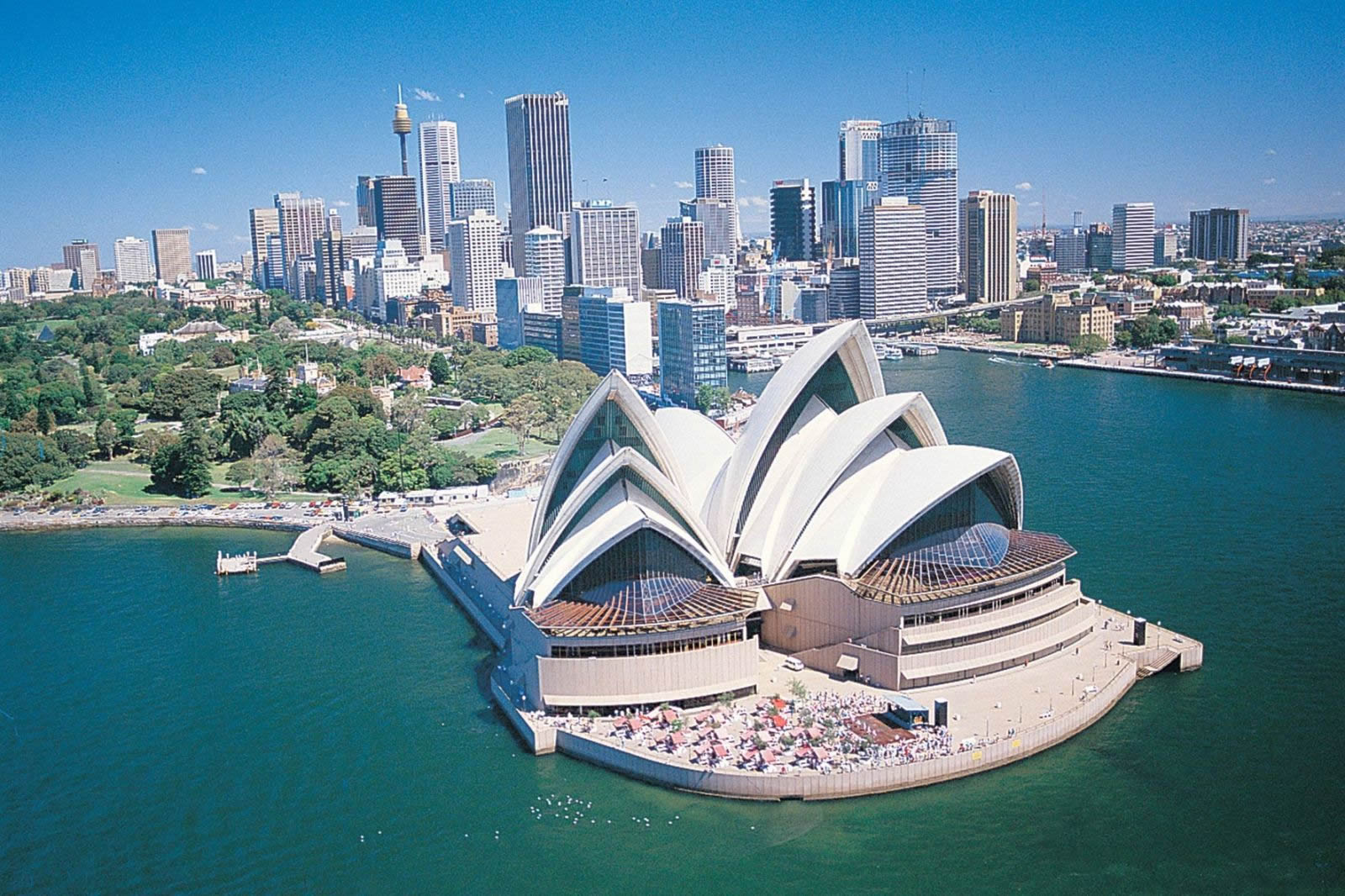 Sydney Etymology - How did Sydney get its name?

Sydney was first named New Albion by the governor Arthur Phillip who commanded the first British fleet that arrived in the area. It was then named Sydney after the British Home Secretary, Thomas Townshend, Lord Sydney. The surname means dweller by the well-watered land in old English.

Situated on Australia’s southeastern coast, Sydney is the largest city in Australia, and mostly known for its strategic location with a stunning harbourfront. Its location gives it a huge advantage as an essential part of the South Pacific. It’s an hour and a half flight to Melbourne, Brisbane, and two hours to Adelaide.

What to Pack and Sydney Local Timing

The warm weather dominates most of the year, so you need to pack a lot of light airy clothes like shorts and tank tops. The most important thing to remember to bring is your swimsuit so you can go for a swim at any time. As for the winter, June could get pretty wet so don’t forget your umbrella and waterproof jacket. It would also be smart to dress in layers to keep warm so bring your trusty sweaters and pullovers. Sydney follows the AEST (UTC+10) timezone, however, it moves to Australian Eastern Daylight Time (AEDT), UTC +11 on the first Sunday in October until on the first Sunday in April, keep this detail in mind when booking your travels and accommodation in Sydney.

What are Some Must-Visit Places in Sydney?

A UNESCO World Heritage Site, Sydney Opera House with its unique shape similar to perches on a finger of land surrounded by water is one of the greatest icons in the world. It’s the highlight attraction overlooking Sydney’s stunning harbour. Make sure you take one of its organized tours through all its theatres, studios, exhibition rooms, concert hall, and cinema. Afterwards, you can relax at one of the many restaurants or snap pictures at Mrs Macquarie's Chair.

This is a place that has something for everyone along with a picturesque waterfront lined with all kinds of restaurants and shops. You can find anything from entertainment venues, museums, and exhibitions. Make sure you stop by the popular Madame Tussaud's to see wax figures of your favourite public figures. There’s also the WILD LIFE Sydney Zoo and the SEA LIFE Sydney Aquarium with the largest collection of Australian marine creatures. History buffs will enjoy Powerhouse Museum with interactive exhibits on history as well as science, technology, design. You can relax at the end of a day of exploring with a cup of tea at the Chinese Garden of Friendship and admire the koi ponds.

If you’re looking to escape the bustle of the city and relax at the end of a week full of assignments and long lectures without going too far, The Royal Botanic Garden is the place to be. Established in 1816, the garden takes an impressive space of 30 hectares filled with palm groves, orchids, ferns, and gardens with all kinds of trees. It’s one of the best free places to visit in Sydney with its 1800 roses in the Palace Rose Garden and tropical foliage, begonias, and orchids in the Glasshouse Latitude 23 and Fernery.

Marking the beginning of Catholic Churches in Australia, St. Mary's Cathedral was established in 1868. The charming building designed in the neo-Gothic style is the seat of the Archbishop of Sydney. The design showcases a mixture of Lincoln Cathedral and  Notre-Dame in Paris. Make sure to give it a visit and marvel at the stained glass windows inside and don’t forget to stop by at Christmas time to see its gorgeous lights and decorations.

Situated among the city’s hustle is a serene sanctuary of green spaces perfect as picnic spots, beautiful flowers, fountains, and fig trees. Hyde Park was named after the one in London and resembles a miniature version of New York’s Central Park. Inside you’ll find many important landmarks like the Art Deco Anzac War Memorial honouring victims, the Archibald Fountain commemorating Australia's alliance with France during WWI, and the three charming Georgian buildings; Hyde Park Barracks, St. James' Church, and the Supreme Court.

The culinary crowning jewel of the city, rock oysters is one of the most popular foods in Sydney. Oysters taste different according to where they live, and with Sydney’s oysters, they have a distinct deep, rich and lasting sweetness that sets it apart from any other type. Its mineral intensity and copper-like finish makes some people enjoy eating it raw, roasted or shallow-fried. It pairs very well with bacon and Worcestershire sauce.

An originally British dish, Aussies took bacon and egg roll to another level, making it their own and turning it into a popular portable breakfast snack. Sydney transformed the dish by combining the bacon and egg roll with caramelised onions and fresh tomato laid on an artisan bread roll and filled with grains or seeds. They can also be made with smoked bacon and a fried egg on fresh-baked bread.

Another dish loved by Australians is the delicious potato cake with its crispy outer shell and soft, airy filling. They are commonly known as potato scallops in some areas and are thin slices of potato, battered and deep-fried. They are often added to complement a tasty fish and chips dish and also go well with smoked salmon, eggs and avocado.

With an efficient network of transport options, getting around in Sydney is easy and affordable. You can take your pick among extensive networks of trains, buses, ferries and light rail. All you need to do to take advantage of the accessible transports system in Sydney is buying an Opal card with daily and weekly caps which can be used for all of Sydney’s public transport. The bus service is very comprehensive, covering almost all of the city with a dedicated regional service taking you to the Blue Mountains from Eddy Avenue, outside Central Station. The best thing about the city is that it’s also bicycle-friendly for those who prefer taking in the city from their bikes with kerbside bike lanes.