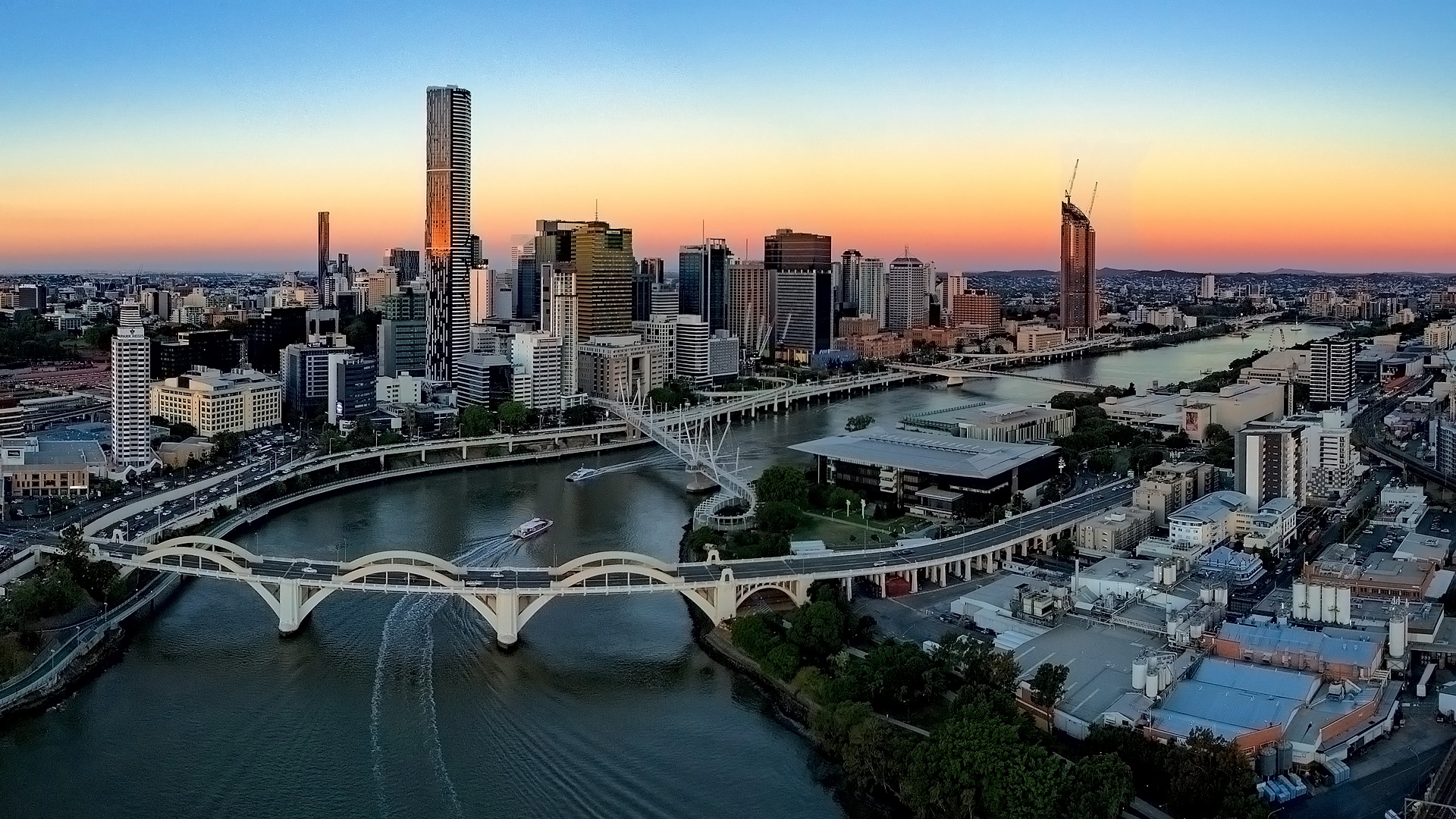 Brisbane Etymology - What does Brisbane mean?

The city of Brisbane takes its name from the river on which it is situated. The river itself is named after Scotsman Sir Thomas Brisbane, who was the governor of New South Wales when the city was founded in 1842. The city was originally called Edinglassie and changed when the convict settlement was declared a town in 1834.

Brisbane is the capital city of Queensland, located in its southeast corner and is the country’s third-largest city. It’s considered a port city and the closest east coast Australian city to Asia. Brisbane is situated in a peninsula of the Brisbane River, just 9 miles away from Moreton Bay. Brisbane is nine and a half hours away from Sydney using a car. With the underground, it will take 14 hours and 20 minutes from Roma Street station to Central station.

Characterised by a sub-tropical climate, Brisbane is almost always a sunny city with an average of 283 days of full sunshine. Summer days are long and warm with temperatures ranging from 21 - 29.8°C. Summer in Brisbane lasts from December to February and comes with plenty of rain and even occasional thunderstorms and floods. Autumn then follows from March to May with a drop in temperature to range between 15 - 25°C as well as a drop in humidity and rainfall. As winter begins in June, the dry spell continues, with no rainfall in sight but with temperatures going as low as 9 °C but generally ranging between 21- 11°C. Warmer weathers return during spring which starts in September and features sunny days and cool nights.

What to Pack and Brisbane Local Timing

Since warm weather is almost all year round, you need to make sure that most of your clothes are light and airy. Rain is frequent so you need your rain kit packed and ready to go at any time including your rain boots, raincoat, waterproof backpack cover, and an umbrella. For the long cold winter nights, you’ll need to have your trusty thick socks and sweaters to keep warm. Brisbane follows the (GMT+10) which you should keep in mind when calculating the time difference for travel arrangements and booking your student accommodation in Brisbane.

What are Some Must-Visit Places in Brisbane? - What is Brisbane famous for?

This Brisbane landmark is a must-visit for all those history buffs out there looking to dive into the city’s intriguing past. The museum opened its doors in 2003 but was closed for renovations and redevelopment to reopen again in 2013. The museum’s valuable contents are kept safely in one of Brisbane's premier heritage buildings. Although being small in size, it is taking the top level of the City Hall. It features a wide range of exhibitions exploring contemporary and historic Brisbane and its people. Your trip down Brisbane’s memory lane will be accompanied by stunning views of the city from the building’s clock tower.

If you want to get away from the bustling city and get a whiff of nature, Brisbane Botanic Gardens Mount Coot-tha is the perfect place to go. Located seven kilometres from the city, this popular Brisbane attraction is the best place for a picnic, offering amazing panoramic views of the city. The place is a serene oasis made of charming themed gardens taking you on a journey of horticulture. It has the world’s largest collection of Australian rainforest trees as well as gorgeous Japanese gardens. You can also marvel at the sections dedicated to fragrant plants, bamboo, cactus, and indigenous plants. Once you’ve seen it all, a short drive will take you to Brisbane Lookout Mount Coot-tha where you can enjoy stunning views of the city’s skyscrapers.

Overlooking the Brisbane River, this is another place for those who want to fully immerse themselves in Brisbane’s cultural scene. Its award-winning architecture is just one of the reasons tourists and locals alike flock to it. The Cultural Precinct has something for everyone with its museums, galleries, and performance venues. Check out the interactive exhibits at Queensland Museum and Sciencentre or catch an opera, contemporary music concert, ballet, or comedy show at Queensland Performing Arts Centre (QPAC). After this rigorous activity, you can relax at the nearby South Bank Parklands with a serene river view and end your visit with a ride on the Wheel of Brisbane.

Ever wondered what it’s like to cuddle a small, cute koala bear? Well, you don’t have to wonder anymore if you head over to Lone Pine Koala Sanctuary and try it for yourself. It’s part of having the full Australian experience that you can’t miss out on. To make the most out of your visit, take the Koala and River Cruise from Brisbane's Cultural Centre Pontoon. In the sanctuary, you’ll get to also see some other Australian animals like wallabies, wombats, dingoes, kangaroos, snakes and crocodiles. You can enjoy some exciting activities like platypus feeding, barn animal encounters, sheepdog and shearing shows, and bird of prey flight demonstrations.

Gnocchi consists of thick, small, and soft dough dumplings that can be made from anything from wheat flour, eggs, cheese, potato, breadcrumbs, or cornmeal. It’s rolled then cut into small pieces that get pressed to make openings that can hold the sauce. They have many variations in the way they are cooked but Brisbane is famous for Gnocchi with pork and fennel sausage. It’s handmade gnocchi folded with truffle, parmesan cream, and pork sausage.

The perfect resort for when you have a sweet tooth is this delicious Australian delicacy. Lamingtons are a type of cake made from butter cake or sponge cake covered in a layer of chocolate sauce then dipped in desiccated coconut. A popular variation of the Aussie dessert is adding a layer of cream or strawberry jam between two lamington halves.

Made from crab species only found in Brisbane, Sand Crab Lasagna will be your guilty pleasure once you try it during your stay. Cooked by first making a delicious bechamel sauce mixed with the crab meat and seasoned to taste with salt, pepper and pinch of cayenne. In an oven dish, you add a layer of Napoli sauce or regular tomato sauce topped with a lasagna sheet then the crab meat/béchamel mixture followed by another layer of lasagne sheets and another layer of crab meat/béchamel. In a blender, mix the remaining 1/4 of béchamel sauce with tomato paste to be spread on the top then bake for 45-50 minutes. The lasagna is finally topped with Crustacean sauce made from crab shells, chopped carrot, celery, garlic, fresh tomato and tomato paste, onion, and cream.

The transportation system in Brisbane is fully comprehensive and accessible, making it easy to get around for residents and visitors alike. There’s more than one way for getting around in Brisbane with various means of public transport which are cost-effective and easy to navigate. The bus service works over 400 routes, giving you access to almost all corners of the city. The train service also extends across 11 lines and more than 130 stations. It’s also noteworthy that the city is bicycle-friendly for a more eco-friendly way of getting around. Booking your student accommodation in Brisbane will be easily a budget-friendly option.