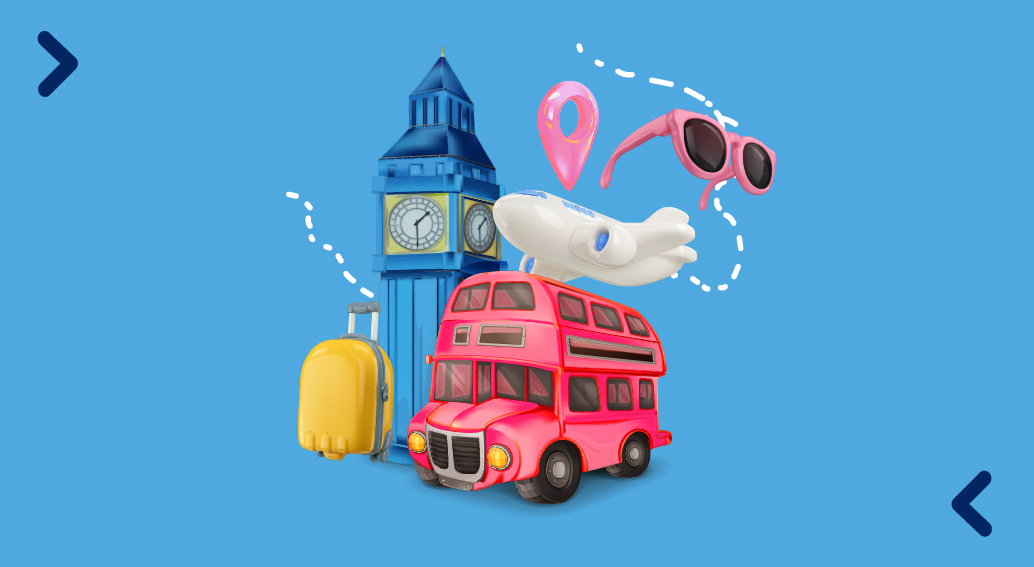 Visiting the United Kingdom as an international student can be as fun, exciting, and adventure-packed as it is beneficial. While you study there, you can also use your time to explore the country and all of its glorious attractions and landmarks. However, instead of the country’s most famous monuments and tourist destinations, we, at Casita, have made you a list of unique and hidden gems you can visit while in the UK. Take notes, get ready, and plan your next excursion to any or all of those attractions you never heard of in the UK!

This Victorian marketplace with its ornate 19th-century painted roof and cobbled floor are among the UK’s hidden attractions. Located in the historic centre of London’s financial district, Leadenhall Market is one of the country’s oldest marketplaces that has been operating since as far back as the 14th century. This hidden gem calls out to the Harry Potter fans who want to experience some of the series’s magic while in London. This marketplace is commonly known for being featured a number of times in the famous Harry Potter movies; it was the film location for some of the original exterior shots of Diagon Alley, the cobblestoned shopping hub of the wizarding world where Hogwarts students can stock up on school supplies like spell books and wands.

This one is for all the adventure lovers and adrenaline junkies who are looking for their next big outing. This hidden UK gem is found in Gwynedd, Wales. It’s a subterranean playground and trampoline park in an abandoned slate mine. The Llechwedd Caverns in the town of Blaenau Ffestiniog in Wales has been transformed into a trampoline playground named Bounce Below. Huge springy nets suspended underground propel visitors around the old mine to create a unique subterranean bounce park. You can enjoy this one-of-a-kind experience and enjoy bouncing on trampolines that are 20, 60, and 180 feet off the ground with your friends while in the United Kingdom.

Calling out to all the book lovers and collectors of all that’s rare and scarce! This hidden gem happens to be a library located in Manchester and is home to a world-class collection of rare books and manuscripts. The John Rylands Research Institute and Library is also a favoured attraction for architecture lovers due to its unique and stunning Victorian neo-Gothic architecture. This renowned UK gem houses over 250,000 books and more than a million manuscripts and archival items. The library’s outstanding collection includes mediaeval illuminated manuscripts, an original Gutenberg Bible, and the oldest known fragment of the New Testament.

Another one for all of you Harry Potter fanatics! If you’re a Harry Potter fan, you know that the easiest and best way to get to Hogwarts is through platform 9 ¾, which is conveniently located in Kings Cross Station in London, England. Kings Cross station reappeared several times throughout the Harry Potter series, serving as the setting for some of the movies’ most pivotal moments, and was later used as a shooting location in the movies. For several years now, Kings Cross has celebrated its role in the beloved series with a landmark indicating the location of Platform 9 3/4, below which a baggage trolley can be seen disappearing into the bewitched barrier. You can head to the station and pose for a picture at the famous platform with the magical trolley, or you can also visit the famous Harry Potter store adjacent to it.

If you enjoy the occasional legend, tale, or myth, then this modern labyrinth might pique your interest! This hidden UK gem is located in Dunure, Scotland in the shadow of a ruined mediaeval castle. The labyrinth sits atop a small stretch of beach, which makes walking through the labyrinth to a soundtrack of crashing waves a zen, meditative experience. Visiting the castle and labyrinth is free and there is also a beach on the other side where you can enjoy a picnic or explore the area.

This next hidden gem is located in the English city of Nottingham. With its exotic plants, spoils of war, looted cannons, little lagoons, and the shrill squawks of tropical birds, this Victorian park is said to be the inspiration behind “Neverland” in the famous “Peter Pan” books. This place is perfect for you to appreciate the greenery and the numerous species of trees and flowers decorating the area. Entrance to the Arboretum is free and it is open daily from 8:00 AM to 8:00 PM.

7. The Great Cloister and Chapter House of Canterbury Cathedral

Fans of history and architecture often make trips to Canterbury to visit one of the United Kingdom’s most famous religious buildings, Canterbury Cathedral. What most people don’t know is that the cathedral hides more gems within its structure. The Great Closier is accessed through a door inside the cathedral that people think is off limits. Once inside, you get to witness many stone carvings of animals, both real and mythical, coats of arms lining the arched ceilings, and mediaeval heads. Walking through the Closier, you’ll be walking in the footsteps of the famous royalty that have once travelled this same path while enjoying a view of the Cathedral that can’t be seen from the outside. You can also access the Chapter House, which is the largest of its kind and is a place where the resident monks would have assembled to discuss the Cathedral’s business and read from their Benedictine rule.

This one is plainly hidden in the quaint seaside resort of Brighton, England. The Royal Pavilion stands as a testament to the British Empire. It’s an extravagantly built and decorated structure whose exterior resembles the Taj Mahal more than any other British Royal Residence with domes, spires, and complex geometric lattices. The residence is filled with extravagant and luxurious rooms that are decorated with large chandeliers, expensive artwork, and rich fabrics and silks. The Royal Pavilion is currently a museum open to the public, where you can go and experience the richness of the British Empire in the late 1700s and early 1800s.

This next one is specifically for the bookworms, literature lovers, and those who enjoy being immersed in the world of storybooks. Located in Oxford, the Story Museum was built in 2014 to commemorate the city’s significant history of literature and storytelling, specifically children’s literature. Almost every room in this museum has something in it to touch, listen to, smell, or dress up in. The museum encourages you to explore its various rooms, immerse yourself in famous stories and tales like Alice in Wonderland, Merlin, or Narnia, or even generate your own story titles by mixing together different words on a board. This is the place to be to let loose, let your inner child thrive, and your imagination run wild.

Scotland’s Isle of Staffa is home to one of the most beautiful hidden gems in the United Kingdom. Fingal’s Cave is an astonishingly geometric sea cave that has inspired several people from Queen Victoria to Pink Floyd. At 72 feet tall and 270 feet deep, this sea cave is mystical, beautiful, and visually appealing due to the hexagonal columns of basalt, shaped in neat six-sided pillars that make up its interior walls. These fractured columns form a crude walkway just above the water level so that visitors can go far inside and explore the cave. You can get to this wonderful hidden gem through boat trips, buses or fairy rides, or isle tours. This one-of-a-kind attraction transports you to a magical world and is a definite must-visit.

Hidden in a quaint corner of Scotland’s busiest city, Glasgow, this attraction is for those who seek peace and quiet in the outdoors. This oasis of calm in the midst of the bustling Glasgow city life was opened to the public as a greenspace in 2003. The area is meant to be a space for peace, where you are welcome to relax and share stories and skills with people from all walks of life. The gardens host many shared cultural activities and workshops that promote understanding and harmony through nature. This is a great space for you to unwind in between classes or during holidays while in the UK.

Book lovers would love this unique London attraction! Located on Regent's Canal, Word on the Water is a one-of-a-kind floating bookstore with an extensive collection of books spanning different genres, including cult, classic, contemporary fiction and nonfiction, as well as children’s books. In the winter, the bookstore’s wood burning stove is lit, offering bookworms of all ages a cozy refuge from the dreary cold. In the summer, the barge hosts a variety of performances, bringing anything from folk groups to jazz bands to poetry slams to its rooftop garden. This floating hidden gem serves as a safe haven to all book lovers who find themselves in need of an escape while in the UK!

Your visit to the United Kingdom just got an upgrade! You can use this list as a guide and explore the unique attractions tucked in this country’s nooks and crannies. While traditional UK landmarks like Buckingham Palace, Oxford University, or the British Museum are must-visits, this country has plenty more to offer, from mystical caves to gigantic libraries and story experiences. Be adventurous, add a couple more stops to your tour, and explore these uniquely wonderful attractions you have never heard of in the UK!

Arrival Guide for International Students in The UK
Being a student in the UK for the first time is an exciting yet difficult experience. You will be facing more than one challenge, sometimes all at the same time, but that is how successful leaders are trained.
How to Apply to a UK University as an International Student
Many students from all over the world consider studying in a UK university as a prestigious achievement.
So what are you waiting for?
Let our accommodation experts guide you through the Explore, Discover, Secure process in order to find the most suitable room, close to your institution, within your budget and according to your needs.
Sign up for our newsletters so you can have the latest Student Accommodation News at your fingertips.
UK
London
Birmingham
Glasgow
Liverpool
Edinburgh
Manchester
See all cities
Australia
Sydney
Melbourne
Brisbane
Perth
Adelaide
Canberra
See all cities
USA
Charlottesville
New York
Fort Worth
Atlanta
Raleigh
New Orleans
See all cities
Casita
Become a Partner
Blog
News
Testimonials
Why Casita?
Accommodation
How it Works
Contact Us
Useful Links
About Us
Terms of Use
Privacy Policy
Sitemap
FAQs
Careers