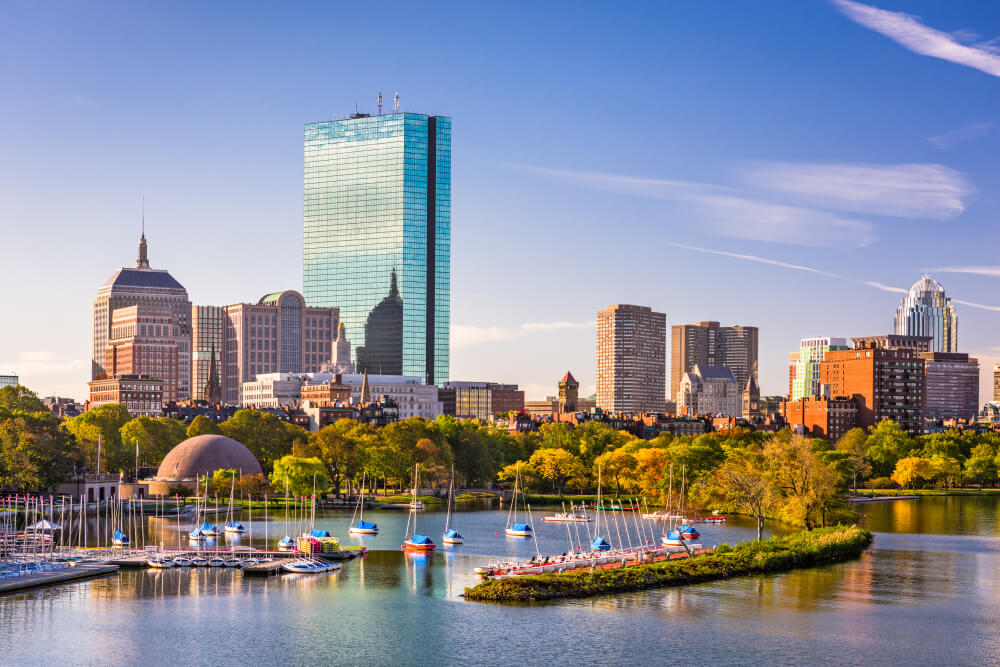 The mayor of Boston describes the city as "the world's capital of learning." It is the capital of Massachusetts, located at Massachusetts Bay with Charles River travelling through 23 cities before reaching the city. With over than 20 educational institutes, Boston ranked 8th in the world for one of the best student cities.  Boston was precedent in introducing the first public park, Boston Common in 1634, and the first public school, known as Boston Latin in 1635. Furthermore, the first subway system in the USA, Tremont Street Subway, was launched in Boston in 1897. If you wish to live in a student home in Boston, there are multiple options you can choose from as the city is a famous student hub.

Boston Harbor Islands is a must-visit Boston attraction. These 13 islands combine everything from history to fun summer activities. Check the Civil War Fort Warren on Georges Island, if you are a history lover or visit the public beach on Spectacle Island to enjoy the sun and maybe play some beach games with your friends. Boston is also a perfect place for baseball lovers, Fenway Park, Boston Red Sox baseball team home is a beloved landmark amongst the natives. It is the oldest major-league stadium and a must-see as long as you are in the city.

Transportation in Boston are plenty, ranging from the local rail with its five subway routes to the commuter rail with 137 stations; you will never have a problem travelling around this famous Massachusetts city. Moreover, the city has 3,600 bicycle parking spaces as well as a bike-sharing system to help you move around your student accommodation easily.