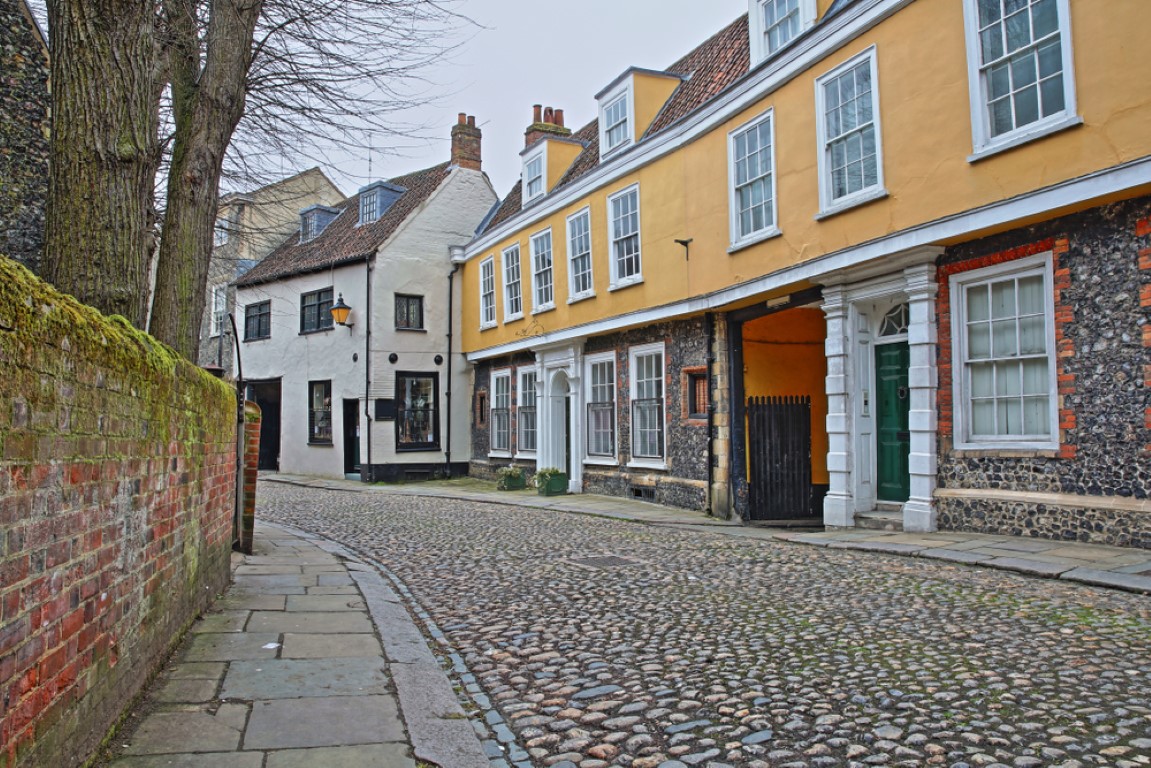 Norwich of Norfolk County is a city situated within Norfolk Broads National Park, which has over 125 miles of lock-free waterways that are easily navigated. It is a city known for its flourishing art scene and great independent shopping centres. Furthermore, it is England's first UNESCO City of Literature. The Norwich University of Arts, INTO the University of East Anglia, and the University of East Anglia are few of the prestigious universities within the city along with famous language institutions such as Norwich Institute for Language Education.

Norwich’s weather is stable throughout the year without extreme temperature fluctuations. The city benefits from rainfall evenly spread throughout the four seasons with a higher possibility of summer showers than other parts of East Anglia.

Norwich Cathedral is one of the various places you can visit in Norwich. It is the most iconic building of the city with a height of 315 feet, second only to Salisbury Cathedral. It has the largest monastic Cloister in England that could house up to 100 priests. The historic Norwich Castle is another famous place you should visit. It is a Norman-built castle with multiple art exhibitions and guided tours. The dungeons and the upper battlements are the same as they were ages ago, and thus they provide a perfect place for pictures. Norwich is also known as a renowned shopping destination with two major shopping centres, Quaint Lanes and Timber Hill, and a famous traditional market, Norwich Market Place. It is a market with more than 200 stalls available in the city centre. It was established in the 11th century after Norman merchants decided to settle in the area.

There are various festivals in Norwich like Norfolk and Norwich Festival, an annual festival held in May with more than 113 artists. The festival presents various circus, visual art, and late-night gigs. Sundown Festival is another festival held by the end of August and the beginning of September. It is a well-known end-of-summer festival, providing one last chance to party in the sunshine with various performances, food stalls, open-air cafes, and market stalls.

As a small city, Norwich has plenty of transportation options to help you move around. The Greater Angelia rail services can help you with long-distance travel to London and other cities. There are various buses to help you travel around the city. The leading bus operators in the area include First, Konectbus, Megabus, National Express, and Sanders Coaches. Norwich encourages cycling as a transportation method; you can download a cycling map for the city from the council's website.