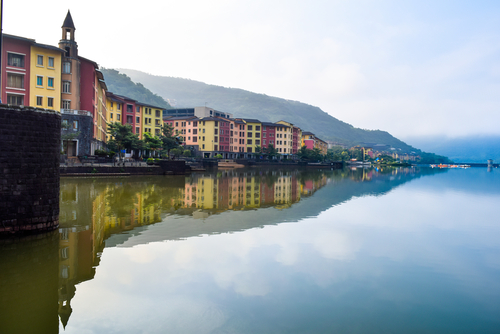 The charming city of Pune is the second-largest city in the state of Maharashtra, the 8th largest in India, and the ninth most populous city in the country. The name Pune originates from the word Puṇyanagara meaning “city of virtue”, it’s also believed to come from the word Punya which means the conflux of two rivers; the Muthi and Mula rivers. Pune has many nicknames, it’s known as ‘Queen of the Deccan’ which is the name of the famous train that runs between Pune and Mumbai. It’s also known as “Oxford Of The East” for being an educational hub with 30 constituent and affiliated colleges of the University of Pune and thousands of international students in its institutes.

Pune is located in the western Indian state of Maharashtra and is known to have a great climate that attracts tourists from all over the world. Average temperatures range between 20 and 28 °C, making it characteristically warm. The warmest months are April and May which are usually accompanied by dusty winds while the coldest month is August with a low temperature of 20°C.

The city’s rich history and culture make it full of interesting places to visit. One of the most popular places in Pune is Shaniwar Wada which dates back to 1736 and has five gateways, nine bastions, and fine wooden pillars. Don’t miss out on the beautiful Aga Khan Palace that was built in 1892 by Sultan Muhammed Shah Aga Khan III, and it beautifully depicts Indian history. Make sure you take time to appreciate nature in Pune at the Sinhagad Fort perched on the scenic cliffs of Bhuleshwar Range of the Sahyadris. The Dagdusheth Halwai Ganpati Temple is the most famous temple in Maharashtra, which is dedicated to Hindu God Ganesha. Pune is also known to be a hub for street shopping, so take a stroll through Hong Kong Lane, Mahatma Phule Mandai, and Fashion Street to marvel at all the goods displayed and even get a good deal or two.

As a historically renowned city for being a cultural capital and an educational hub, Pune holds some of the best universities in India. Symbiosis International University is India’s top-ranked university for bachelor's and master’s degrees. It has 38 academic institutions spread over ten campuses in Hyderabad, Nashik, Nagpur, Noida Bangalore and Pune. Pune University is located in the North-western part of the city and was established in 1949 in a huge 411 acres campus. If you’re considering majoring in engineering, then Dhole Patil College Of Engineering is a highly acclaimed university that will give you a high-quality education. There is also Deccan College Post Graduate and Research Institute which is the third-oldest educational institution in the country.  It offers post-graduate teaching in Archeology, Linguistics and Sanskrit & Lexicography. Whatever you choose, Pune also has multiple student homes to satisfy your needs.

Pune’s public transportation system mainly consists of public bus services, taxis, and suburban rail service. However, the most popular and efficient way of transportation in Pune is riding one of the hundreds of auto-rickshaws sprawled in every corner of the city. They are metered and will take you anywhere you need in the city. The city has also started construction of an underground metro that will be launched soon.