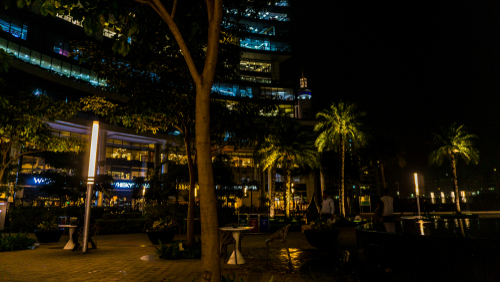 The city of Gurugram, unofficially known as Gurgaon, dates back to the times of Mahabharata. It was the village of Guru Dronacharya which where its name came from; “Guru-gramam” meaning Guru’s village. The city earned itself several nicknames, one of which is Cyber City which is rightfully earned for transforming into a technology hub hosting companies from all around the world. Gurugram’s economic evolvement gave it other nicknames like “Millennium City” and “City of Dreams”. The city houses some of the best universities in India which increased the number of student accommodation in Gurugram.

Gurugram is located southwest of the national capital, New Delhi, in northern India near the Delhi-Haryana border and it’s part of the National Capital Region of India. The weather in Gurugram is characterized by long, hot, and humid summers lasting from early April to mid-October with May being the hottest month when temperatures range from 40-43 °C. Winters are usually cool with a few sunny days and a lot of fog with temperatures ranging from 21.1-7.3 °C reaching its lowest in January so make sure you have your cosy sweaters and socks.

This city of dreams promises its visitor all kinds of entertainment and pleasure from theatrical shows, museums, temples, and delicious food stalls. Take your friends for a delicious dinner at the many restaurants and cafes in Cyber Hub ranging between desi Indian cuisine to exotic and international. One of the most popular places in Gurugram is the Kingdom of Dreams, a fusion of India’s history, culture, cuisines and art. If you’re looking to re-connect with nature, then Damdama lake is the perfect place or you could admire the hundreds of bird species at Sultanpur Bird Sanctuary. If you fancy a shopping trip or catching a movie with your roommate, then head over to Ambience Mall.

If you’re thinking about studying in Gurugram, then there are an array of universities and colleges to choose from. One of the top universities in Gurugram is The Northcap University offering bachelor's degrees, master's degrees, doctorate degrees in various fields of study. Gurugram University is also a highly-acclaimed university known for academic excellence. If you want to get into the business world, then ICFAI Business School (IBS) is a perfect choice. Other notable universities in the city are Shri Vishwakarma Skill University, Sikkim Manipal University Gurugram, and Ansal University. You’re guaranteed to find suitable student accommodation in Gurugram close to any university you choose.

Gurugram transportation system is expansive and accessible so you won’t have to worry about getting around in the city. The bus service is affordable and available all day. Another easy transportation method in Gurugram is The Rapid MetroRail which you can ride all the way to New Delhi. The local Gurugram train connects the city with its suburbs and outlying villages. Of course, the most popular means of transportation in Gurugram is the Cycle Rickshaws that are at every corner of the city.