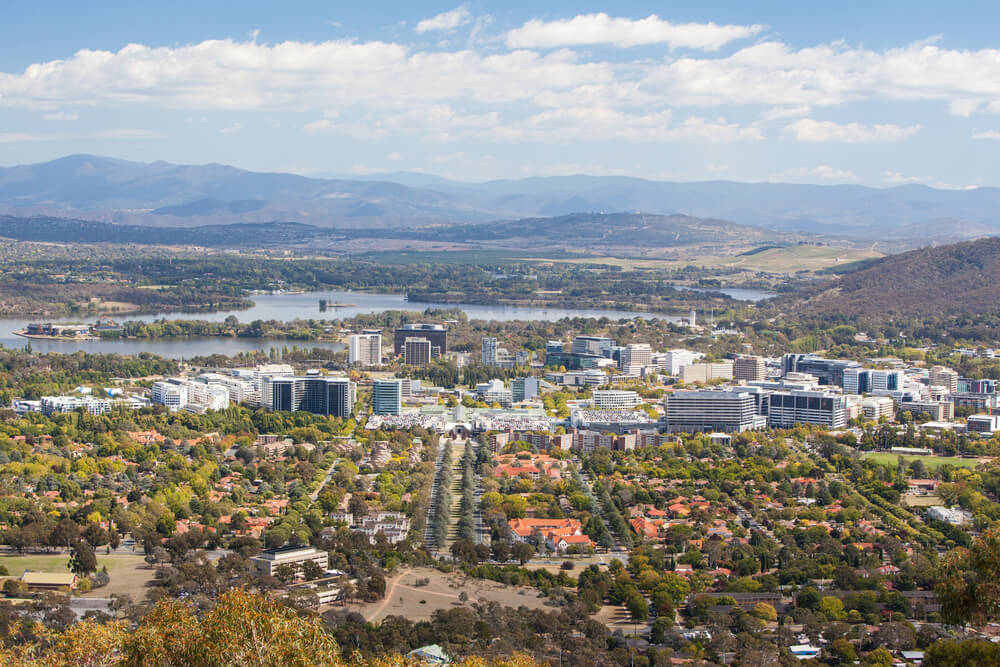 Canberra Etymology - Where Does the Name Canberra Come From?

The word Canberra is claimed to be taken from the indigenous Ngunnawal language that means “meeting place”.

Canberra is located at the northern end of the Australian Capital Territory along the Molonglo River, north-east of Melbourne, and 150 miles southwest of Sydney.

Why Student Accommodation in Canberra?

Canberra is the capital of Australia and its largest inland city. It’s nicknamed “The Bush Capital” because over 70% of it are gorgeous green open spaces. Being around 100 years old, the city boasts a charming cultural scene with an array of cuisines, festivals, and stunning architecture that attracts tourists from all over the world. The city is globally acclaimed for being Australia's best place to live with its great public services and highly acclaimed educational system making it a popular student destination as well.

The climate in Canberra is four-seasonal and usually dry all year round, occasional rainfall could occur during both summer and winter, so make sure you have an umbrella ready. Canberra’s weather is considered ideal with warm summers where the temperature reaches 27°C in the hottest month of the year. Winters are, however, quite cold with temperatures averaging 5°C, so you'll need plenty of warm sweaters and socks. 12.8 °C | 55.0 °F is the average annual temperature. January is the warmest month, with 20.6 °C | 69.1 °F. July is the coldest month with 5.2 °C | 41.4 °F. Rainfall is heavily present throughout the year even in the driest months, with April being the driest, and November being the heaviest.

What to Pack and Canberra Local Timing

Being a city in Australia, Canberra is hot, humid, and rainy; so, your rain gear, shorts and tank tops are essential for daily life in Canberra. Airy clothes with cotton material are a must for Australian weather and swimsuits are some of the wardrobe-essentials.

GMT+10 is Canberra local timing, keep this detail in mind when booking your travels and student accommodation in Canberra.

What are Some Must-Visit Places in Canberra?

This city will always keep you busy and entertained with its museums, modern architecture, and galleries. You can also take a few-minute ride to enjoy the serene nature with mountains and bushy forests.

Floriade is an annual flower and entertainment festival held in Canberra's Commonwealth Park. Floriade features one of the most breathtaking flower bulbs displays. Additionally, it has integrated sculptures and numerous art exhibits.

The world's largest collection of Aboriginal bark paintings is exhibited inside the museum, in addition to the Phar Lap, the heart of champion racehorse and the Holden prototype No. 1 car.

Holding more than 166,000 works of art, The National Gallery of Australia is considered one of the largest art museums in Australia. You can indulge in a little photo session for some cool IG posts, as the place has numerous internal and external art exhibits!

Having many science programs devoted to the children of Australia, Questacon is considered to be a kids hub for science and technology. For a well-spent family trip, this place will be highly recommended, especially if the kids are science buffs! As for you, an international student, it will be a nice experience to have on a weekend away from school. Questacon holds more than 200 interactive science and technology exhibits.

Maintaining a wide variety of botanical resources, ANBG is considered to be the largest collection of native Australian flora. Again, a nice place to be taking some pictures for the memory and show it to your friends back home!

It’s not a government establishment as you think. The National Zoo and Aquarium is privately owned by the infamous businessman Richard Tindale. Predominantly it’s maintained as a family-run business without any government or commonwealth support.  Its main source of income relies on the entry fees from the public. As for the manpower, the zoo relies on a humongous number of volunteers to aid in the management processes of both the grounds and the animals living there.

The lake is famous for many activities. Sailing, canoeing, paddle boating, dragon boating and windsurfing are most of the popular activities there. You can find cruises to take back and forth from a place to another while enjoying the water scene and the water drops splashing into your face; what a great way to move around the city without the crowdedness or the underground!

Canberra being smaller than both Sydney and Melbourne has its advantages, one of which is how easy it is to get around! Transportation in Canberra is accessible and comfortable. The city is bicycle friendly with shared cycling and pedestrian footpaths linking to universities and key places of the city. The most popular transportation in Canberra is the bus since the system has multiple routes and reasonable fares. You can check if your university offers a student discount for fares using your university ID.