Various Christmas Traditions Around the Globe 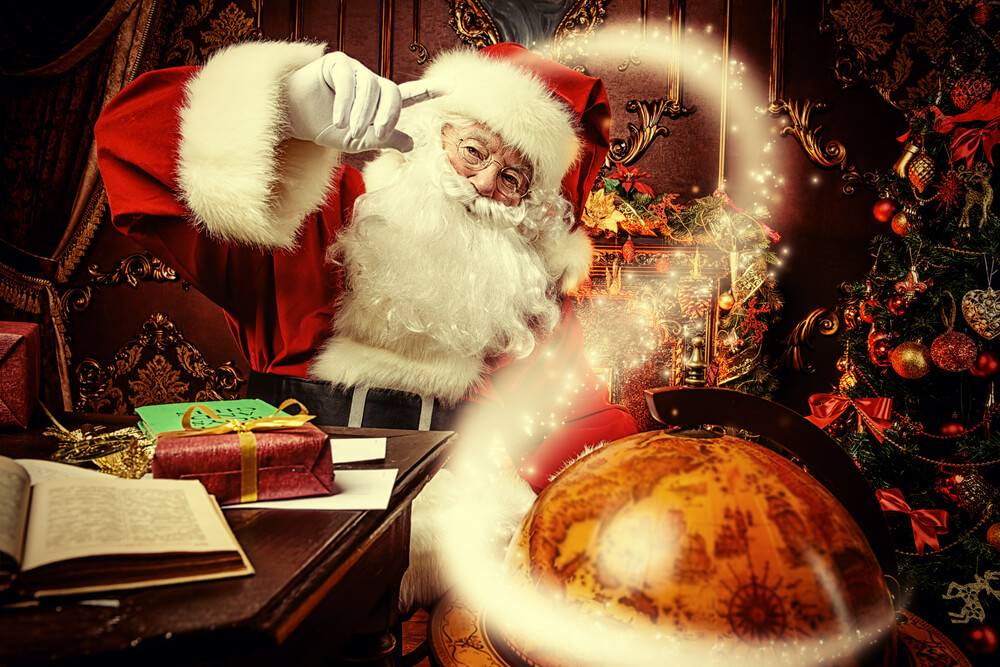 Each and every country has its own way of celebrating Christmas. Various traditions, foods, and decorations are used to signal that the beginning of the New Year is on the horizon. In the 16th century, the idea of Christmas trees was first held in Germany and eventually, other countries started to follow the traditions and cultures related to the Christmas trees and decorated them. In 1850, according to Charles Dickens, the Christmas trees were well decorated and adorned with fine-looking dolls, miniature furniture, costume jewellery, little musical instruments, toy guns, swords, candy and fruits.

Since Christmas is the annual Christian festival to celebrate the birth of Jesus, it is a very important celebration in Bethlehem, where Jesus was born. A parade is held through the town on Christmas Eve where you can find people dressing up like Santa giving away sweets in the main squares and decorated streets with Christmas lights, decorations and trees. People from different parts of the world visit the Church of Nativity annually as it was built over the place where Jesus was born.

The beautifully adorned edifices mark the beginning of the Christmas season all over Europe. In the UK, it is a family occasion where families sit together around the tree and watch each other open their presents. Some will even decorate more than one tree at the same house. Decorating the tree is usually a loving practice that every member of the family should participate in. They decorate their trees using Holly Ivies, Mistletoe, stars, plastic ornaments, beaming garland and blinking lights. But this is not limited to houses; most villages, towns and cities are decorated with Christmas lights during the Christmas season. The most famous Christmas lights in the UK are, of course, in Oxford Street in London. Thousands of people go to witness the big ‘Switch on’ at the beginning of November. The British expression ‘White Christmas’ means that a single snowflake has been seen falling in the 24 hours of Christmas Day and this doesn’t happen a lot in the UK! Statistics show that they get an official White Christmas about every 4 or 5 years and have real snow at Christmas about 1 in 10 years, excluding Scotland. Children believe that Santa Clause brings them gifts in stockings or pillowcases.

In Italy and France, Nativity crib is a very popular way of celebrating Christmas as they use it to tell the Christmas story with clay figures of the holy family. In Italy, it is traditional not to eat any meat or diaries. Instead, they eat a big Christmas Eve meal of seven different seafood dishes; number seven represents the seven days of creation in the Bible. But some households have 9 dishes to represent the Christian trinity times, 13 to represent Jesus and his 12 disciples or 11 for the disciples without Jesus or Judas! In Australia, Christmastime happens to be in the middle of summer and the usual lyrics to carols about snow and cold weather are replaced by sunshine and hot weather but they still have their own original Christmas carols. Santa Claus uses kangaroos or six white boomers to get to Australia and wear lighter clothes to suit the hot weather. People also decorate their houses and gardens with Christmas Trees and Christmas lights. Neighbours sometimes even compete who has the best light display. The most famous Christmas street display is on One Street in Sydney. Australians have a native Christmas tree with small green leaves and cream coloured flowers. The typical Australian Boxing Day feast is a seafood barbeque at the beach and a famous Yacht race from Sydney to Hobart in Tasmania. Traditionally, they eat together as a family and mostly it is seafood such as prawns and lobsters.

Most of the world’s plastic Christmas trees and Christmas decorations are made in China, however, Christmas isn't that widely celebrated in the rural areas of China. They use plastic Christmas trees and they decorate it with paper chains, paper flowers and paper lanterns. A tradition that is spreading now on Christmas Eve is giving apples because in Chinese Christmas Eve is called "Ping'an Ye" (平安夜), which means peaceful or quiet evening. In the big cities, Christmas Trees, lights and decorations are seen on the streets and stores.

Vietnam used to be a part of the French Empire and therefore the French influences are still present in their Christmas traditions. Like France, they have the Nativity crib tradition and their Catholic churches have big scenes with nearly life-size statues of Mary, Joseph, baby Jesus, the Shepherds and animals. Christmas Eve is more important to the Vietnamese people than Christmas Day! They celebrate by taking pictures, throwing confetti and witnessing the Christmas decorations and lights of big hotels, major department stores, restaurants and cafes. People turn their neighbourhoods into Christmas areas with big crib scenes in front of their houses and street decorations and lights. Vietnam is very hot for Santa so he wears lighter clothes and he is called Christmas old man.

In Japan, Christmas is a time for spreading happiness rather than a religious celebration. They celebrate Christmas Eve as it is thought of as a romantic day in which couples exchange presents and go out on romantic dates and enjoy the Christmas lights. On Christmas day, Japanese people often eat fried chicken mainly from KFC and Christmas cake that is spongy and decorated with strawberries and whipped cream. Christmas time is family time and the Japanese New Year is celebrated over five days from the 31st of December till the 4th of January. Santa Claus is known as Mr Santa.

Artificial plastic Christmas trees are normally used in Indonesia and less often, some people have real Pine trees to be decorated for Christmas. But that doesn’t stop there; Indonesians have a special type of Christmas trees made from chicken feathers, mostly made by people on Bali Island. All over the country, gigantic Christmas trees with beautiful and colourful decorations are found and also in major shopping malls. Professional Indonesian chocolatiers made a huge edible chocolate Christmas tree in 2011. Santa Claus is very popular and is seen in shopping malls. Cookies are a must-have treat during Christmas.

No real snow or reindeers are present during Christmas in Singapore but still, it is a huge celebration that triggers shopping and eating desire of the locals. The well-known shopping belt on Orchard Road is picturesquely sparkling with light every December to entice the festive mood of the country and serves as a dazzling winter wonderland of stars and diamonds. To spice Christmas up, Singaporeans eat Turkey with Asian seasonings and herbs such as ginger and chilli.