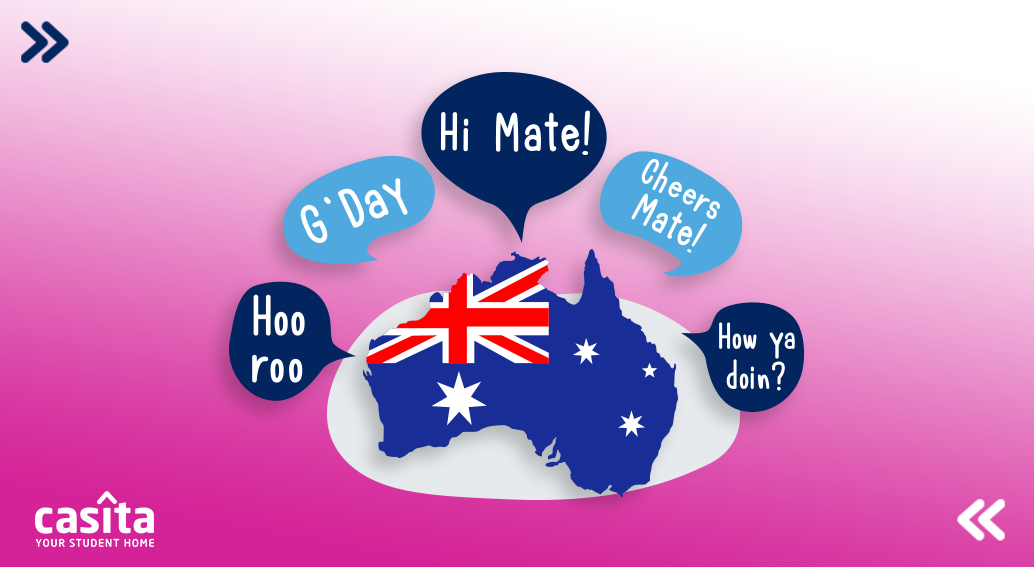 It simply means Australian, someone from Australia. So when Australian people refer to themselves, they say Aussies do so and so.

Saying arvo instead of the afternoon is one of the most popular diminutives in Aussie slang words.

One of the most common Australian slang words. Aussies use sickie to refer to a sick day.

Or simply, a gas station.

Yes, that is the Australian slang for girl.

But the Australian slang for beer is amber fluid. Some states call it a pint and at others, it is a schooner. Stubby meaning? a squat bottle of beer typically holding 375 cl. Go figure!

If you want to know the Australian slang for beautiful, here it is. It is commonly used to say Great. The Australian slang for goodbye is Hooroo and sometimes they even Cheerio like British people.

It is the Australian equivalent for the American term awesome. Aussies sometimes use Ace like British people.

Since Christmas is approaching, it is better to let you know that Aussies call it a Chrissie. Cold seafood Christmas dinners are preferred over hot turkey ones in Australia.

Mostly popular among university students in Australia wanting to refer to Facebook.

You had it coming, didn’t you? This is one of the most common Australian expressions. Aussies also use Maccas for McDonald's, bickies for biscuits, and tucker for food. One of the funny Australian sayings is ‘throw a shrimp on the barbie.’ It is often used as a way to invite someone to your place for lunch. So prepare yourself for an Aussie barbie!

Durry is the spread Australian term for a cigarette. Among the younger generation, it is often called ciggies or darts. Both ways, stay away from smoking!

An Aussie bogan is someone who is unsophisticated or crude in a negative way.

Yep, unusual isn’t it? A teapot has a nickname!

You’ll find that Aussies use this one quite a lot rather than simply say “very”.

Yeah, they have a nickname for the toilet too.

Not “singer”, but “sanger”. This one pretty much refers to any sandwich.

As you’ve noticed, Australians tend to use “ie” at the end of a slang word, and this one, refers to sunglasses.

We know, we know. This one is quite confusing. Your Australian friend might ask you over for dinner using this word, and you’d think he’s casually inviting you for a cup of tea.

Australian Slang Words are a must-know for international students who want to get the most out of their Australian experience. These Australian slang words will help students expand their vocabulary while learning more about the culture of Australia.

If you are interested in slangs, try reading our UK Slang Words Every Student Should Know blog article.

If you are interested in slangs, try reading our UK Slang Words Every Student Should Know blog article.

The Cost of Living in Brisbane
As a student, you should know the cost of living in Brisbane. Casita made it easier to know everything about Brisbane. Check it out!
So what are you waiting for?
Let our accommodation experts guide you through the Explore, Discover, Secure process in order to find the most suitable room, close to your institution, within your budget and according to your needs.
Sign up for our newsletters so you can have the latest Student Accommodation News at your fingertips.
UK
London
Birmingham
Glasgow
Liverpool
Edinburgh
Manchester
See all cities
Australia
Sydney
Melbourne
Brisbane
Perth
Adelaide
Canberra
See all cities
USA
Charlottesville
New York
Fort Worth
Atlanta
Raleigh
New Orleans
See all cities
Casita
Become a Partner
Blog
News
Testimonials
Why Casita?
Accommodation
How it Works
Contact Us
Useful Links
About Us
Terms of Use
Privacy Policy
Sitemap
FAQs
Careers