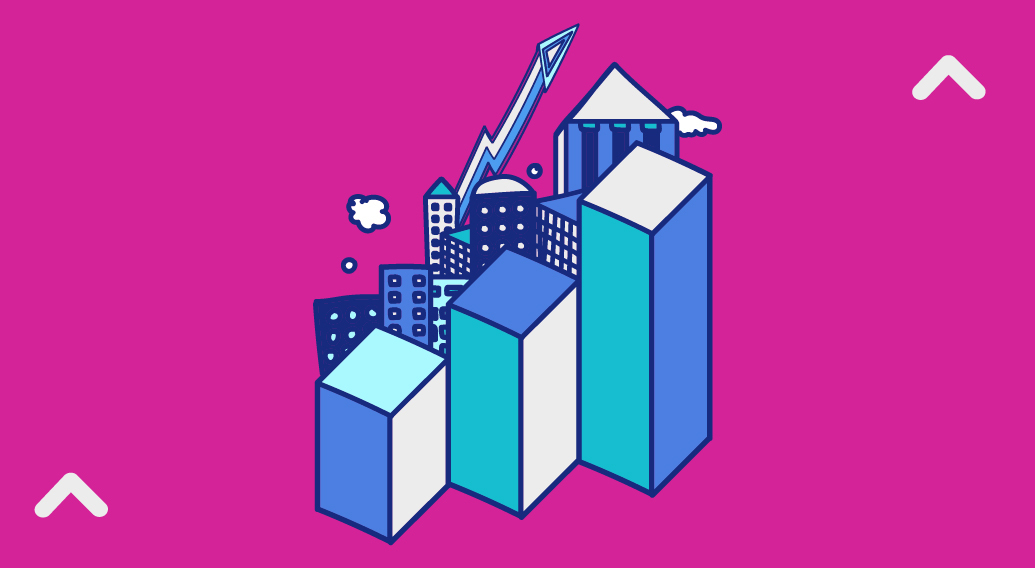 Australia is quickly becoming one of the most favourable destinations for international students. Why, you may ask? Simply because it has top global universities that offer high-quality education, but it’s not just that, it also has a safe yet adventurous environment that awaits to be experienced.

Australia is genuinely exceptional because it is the only nation in the world to span a full continent and is also the world's largest island. Mass immigration, early European settlement, and Indigenous cultures all contribute to Australia's thriving multiculturalism. If you’re considering studying in Australia, the following is a selection of the best universities in Australia to get you started. 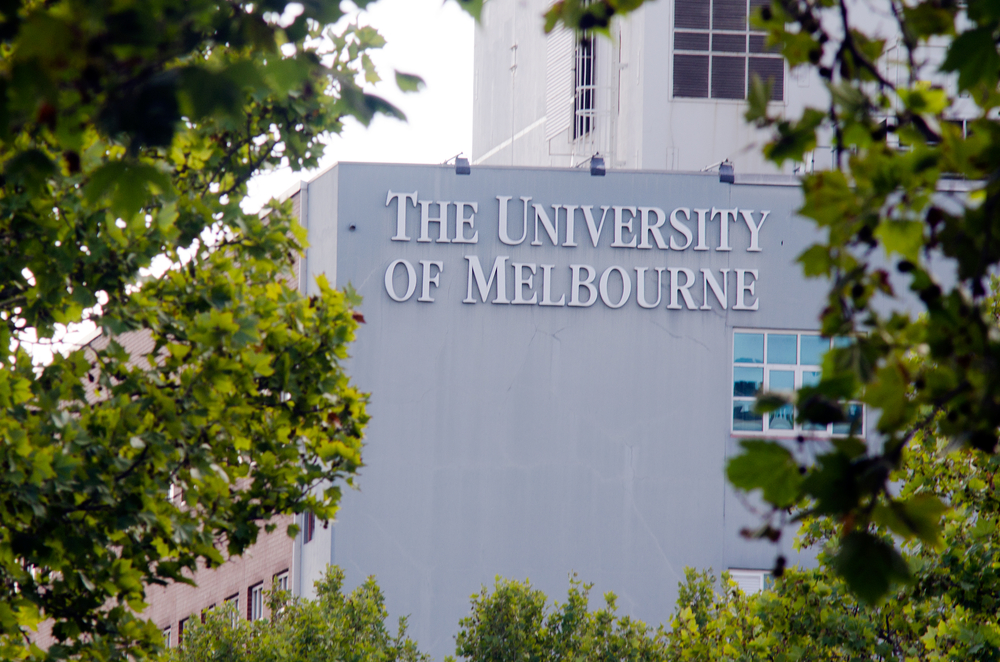 The University of Melbourne is a public research university and one of the most ancient and prestigious universities in Australia. It is ranked #1 in Australia and #25 globally. It has ten faculties that include Architecture, Arts, Business and Economics, Medicine, etc.

It has three main campuses in Burnley, Southbank, and Werribee.

It has fully equipped facilities and accommodation options that will enrich your learning experience. Furthermore, the university is also associated with several research centres, such as the Walter and Eliza Hall Institute of Medical Research and the Florey Institute of Neuroscience and Mental Health. If you’re considering enrolling at this university, our blog will give you a step-by-step guide on how to do so.

It is one of the top universities in Australia for engineering. Its faculty of engineering is reputable globally and is ranked 14th in the world. So, if engineering is your chosen major, consider applying to this university.

To make it even better, it has notable alumni that include five Nobel laureates, two Crafoord laureates, and seven Australian prime ministers. 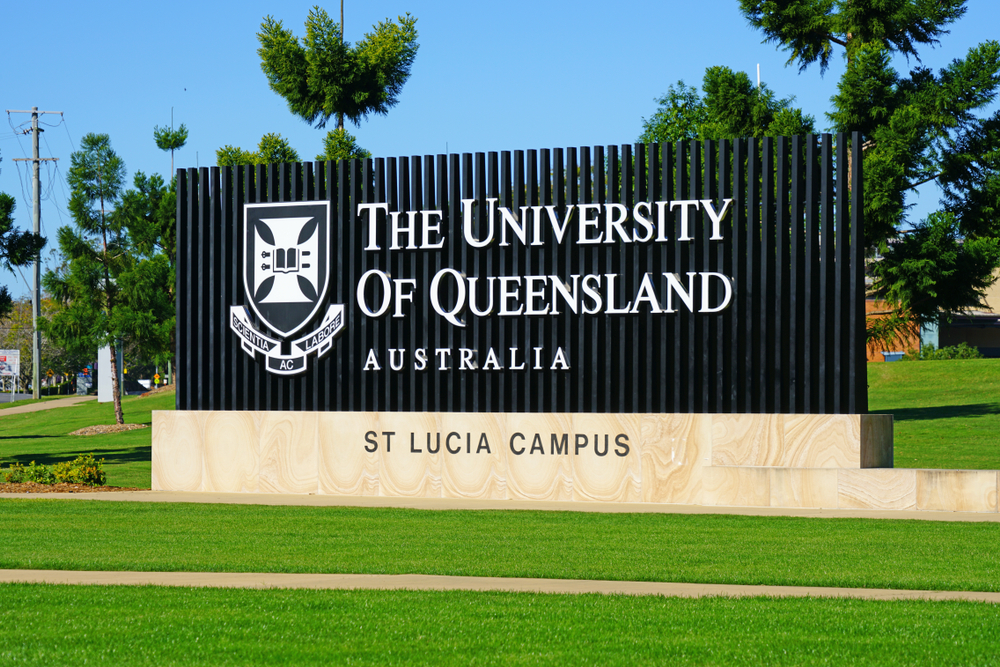 The University of Queensland is one of the top universities in Australia. It is located in Brisbane, Queensland, and is bordered by the Brisbane River, making it one of the most mesmerising campuses in the country. It is ranked third among Australian universities and 36th worldwide.

Monash University is located in Melbourne. It is the largest university in Australia and is ranked #4 in the country and #40 in the world. 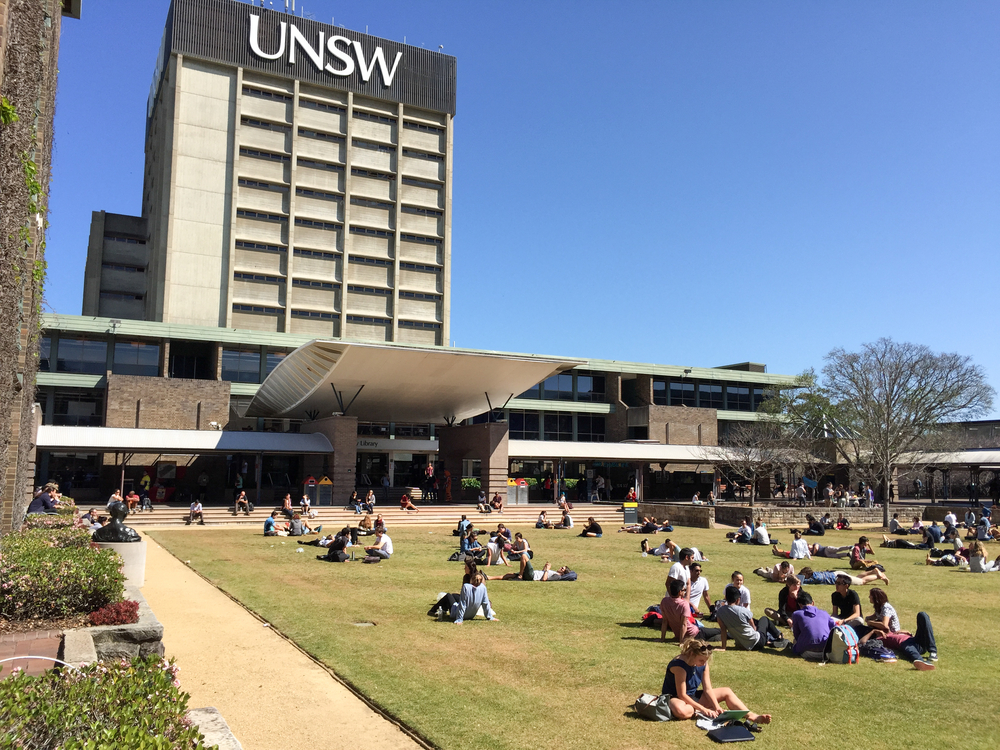 The University of New South Wales is number five in Australia and number 41 in the world. It is located in Sydney and was established in 1833. A total of six faculties are present, including the Arts and Design Faculty, the Business Faculty, and the Medicine Faculty.

In addition to the faculties, the university also has several research centres, such as the UNSW Lowy Cancer Research Centre, the Mark Wainwright Analytical Centre, and the Sino-Australian Research Centre for Coastal Management.

In the list of the Best Global Universities, the University of Canberra is rated #593. Furthermore, TopUniversities ranks the university 511th in the QS World University Rankings.

The university has five faculties: Arts and Design, Business, Government and Law, Education, Health, and Science and Technology. 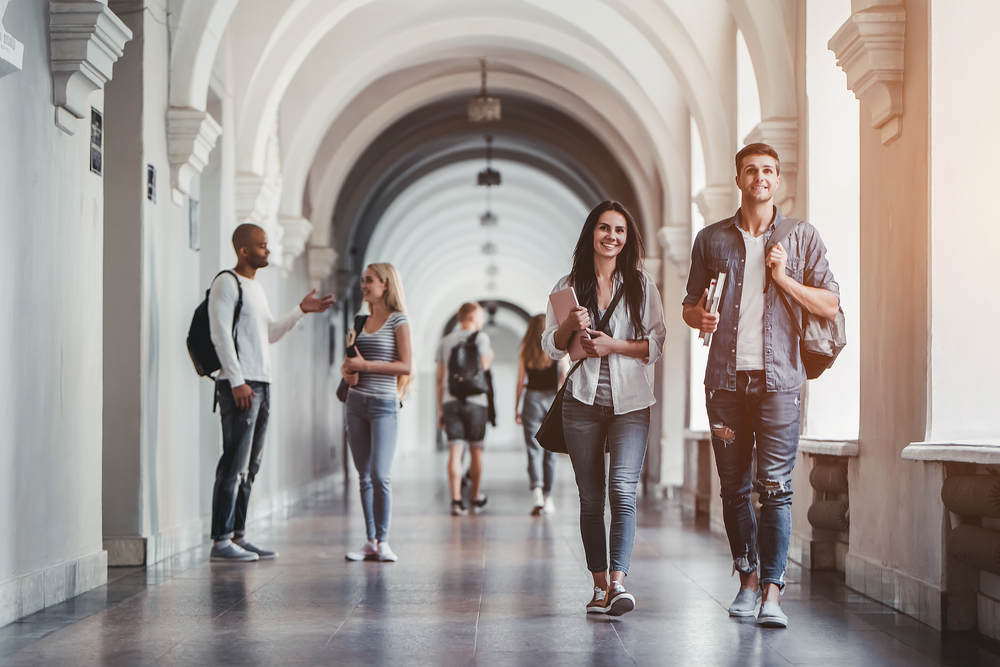 In the list of the Best Global Universities, Charles Darwin University is rated #959. In terms of undergraduate full-time job outcomes, it is recognised as the fourth-best institution in Australia.

The main campus of CDU, an Australian public university, is located in Darwin, with eight additional campuses located in various metropolitan and rural areas. It is among the most ethnically diverse universities in Australia and has a strong commitment to Indigenous people and culture. The university's six colleges include

According to the QS World University Rankings for 2022, JCU is rated 92nd in the world for Earth and Marine Sciences and is the fourth-best university in Australia for Hospitality and Leisure Management.

James Cook University (JCU) is the second-oldest university in North Queensland. Its three main campuses are spread across Singapore, a global city, and the tropical Australian cities of Cairns and Townsville. By conducting research and teaching, students at the university explore, learn, and develop for the benefit of individuals, societies, the natural world, and the built environment. Upon graduation, they are prepared to meet the competitive demands of the global workforce. It is one of the best universities in Australia for international students. 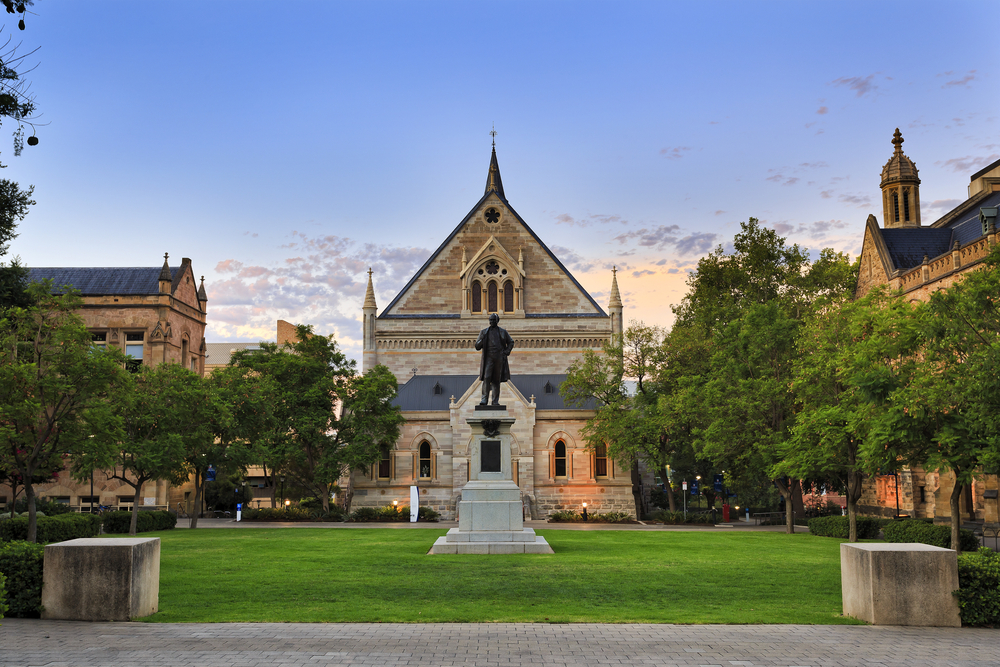 The University of Adelaide is a renowned centre for both research and education. It is focused on getting new knowledge, pursuing innovation, and developing tomorrow's educated leaders. As Australia's third-oldest university, it has a well-established reputation for excellence and innovation. Locally, it is acknowledged as an essential contributor to the community of South Australians' health, wealth, and cultural life.

One of the top 2% of universities in the world, Victoria University (VU) is a public institution supported by the government. In the Times Higher Education Young University Rankings 2022, VU is rated 63rd globally. It was one of the best universities in Australia.

Melbourne, one of the most livable cities in the world, is home to Victoria University (VU), a top-tier university. Six academic colleges, six research institutes, seven research centres, and Victoria Polytechnic University are located on the university's various campuses in the Melbourne Central Business District, Melbourne Western Region, and Sydney (providing vocational education and training).

In addition to top-ranked subject areas, the university offers staff and students world-class research opportunities, especially in the focus areas of Health and Sport, Sustainable Industries, and Liveable Cities. 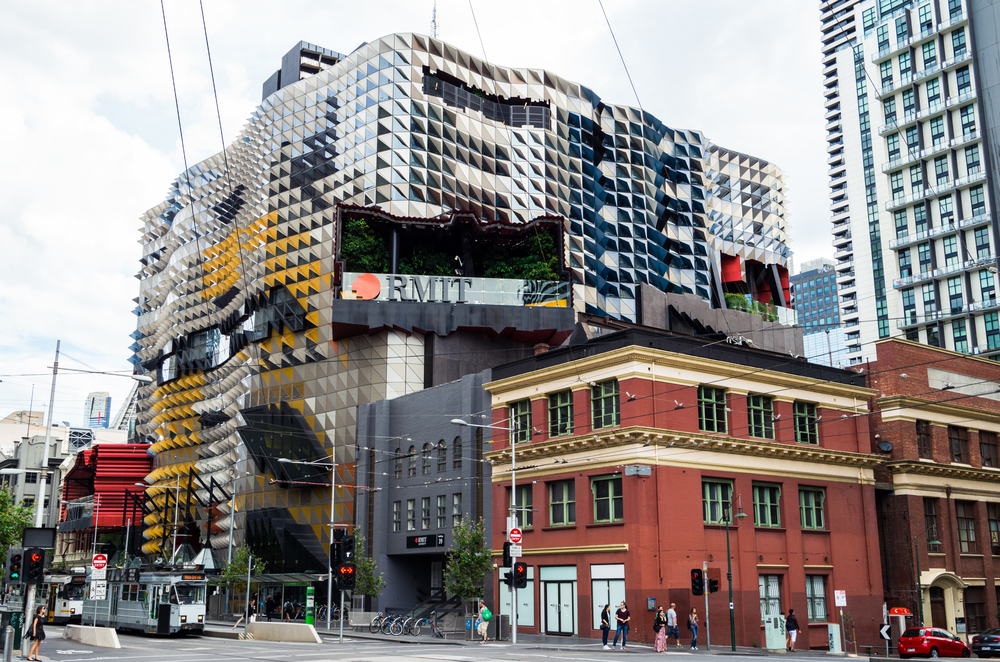 Technology, design, and business education and research at RMIT University are highly regarded on a global scale. It is ranked 18th globally among institutions with fewer than 50 years of history in the QS World University Rankings 2021.

Melbourne, Australia, is home to RMIT University, formally known as the Royal Melbourne Institute of Technology. The Higher Education Division and the Vocational Education and Training (VET) Division are the two divisions that make up the university.

The 17 academic schools of RMIT, which are organised into three academic portfolios known as colleges, are under the control of the divisions. While the VET schools give vocational certifications and diplomas, the higher education institutions offer undergraduate and graduate degrees.

Generally, studying abroad can be a very overwhelming experience. It requires good planning. So, before deciding on the university you want to apply to, we recommend you do some research on the university, consult an academic advisor, and keep this list of top universities in Australia in mind.

Why Should You Study in Australia?
Most international students initially look for internships and scholarships, and when it comes to that, Australia is the one to consider first.
Complete Guide: University Grading System in Australia
Each country has its own academic grading system, here's a break down of the Australian system.
So what are you waiting for?
Let our accommodation experts guide you through the Explore, Discover, Secure process in order to find the most suitable room, close to your institution, within your budget and according to your needs.
Sign up for our newsletters so you can have the latest Student Accommodation News at your fingertips.
UK
London
Birmingham
Glasgow
Liverpool
Edinburgh
Manchester
See all cities
Australia
Sydney
Melbourne
Brisbane
Perth
Adelaide
Canberra
See all cities
USA
Charlottesville
New York
Fort Worth
Atlanta
Raleigh
New Orleans
See all cities
Casita
Become a Partner
Blog
News
Testimonials
Why Casita?
Accommodation
How it Works
Contact Us
Useful Links
About Us
Terms of Use
Privacy Policy
Sitemap
FAQs
Careers