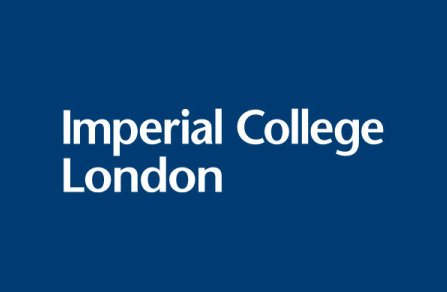 Imperial College London was established in 1907, bringing the Royal College of Science, Royal School of Mines, and City and Guilds College together. The college focuses on the areas of medicine, technology, science, and business. The college has 17,000 students, and more than 6,700 degrees are awarded every year. The college has an acceptance rate of 43.8%, making it a relatively difficult university to get into.

Many of Imperial College's staff and students have won Nobel Prizes or become leaders in their own countries. Among its alumni, the university has 14 Nobel prizewinners, including Frederick Hopkins, a biochemist who won the Nobel Prize in Physiology and Medicine in 1929, and John Ambrose Fleming, the inventor of the thermionic valve. Other notable alumni include Joseph Jean-Pierre Marc Garneau, Canadian Minister of Transport and Teo Chee Hean, the Deputy Prime Minister of Singapore.

Why Study at Imperial College London?

One of the most innovative universities in Europe, Imperial College ranked 8th worldwide according to QS World University Ranking in 2021. The college won the Silver Athena Swan award, a charter developed and administered in 2005 by the UK Equality Challenge Unit. This award acknowledges the university's valuable contributions to gender equality in higher education and research institutions. Moreover, Imperial was ranked 3rd in Europe in the 2019 US News & World Report Global Ranking. Employment rates for graduates are very high, with about 65% of the students employed yearly, and over 25% proceed to study for postgraduate degrees.

1.The Faculty of Engineering

2. The Faculty of Medicine

With a dedicated research and teaching team, this faculty is considered one of the country's leading institutions. It works to address severe health problems through research, and practice and hosts a considerable number of institutions inside, including the Institute of Clinical Sciences, Department of Medicine, National Heart and Lung Institute, School of Public Health, Department of Surgery and Cancer, Lee Kong Chian School of Medicine - London Office, Imperial College Academic Health Science Centre, and Imperial College Healthcare NHS Trust.

3. The Faculty of Natural Sciences

Queen Elizabeth ll opened Imperial College Business School in 2004 with over 90% of the students from outside the UK. The faculty’s departments are the Department of Finance, Department of Innovation & Entrepreneurship, and Department of Management.

The imperial college offers students multiple facilities, including the central library, a range of cafes and restaurants, a gym, a swimming pool and numerous student hubs. Career services are also available for students searching for a part-time job or students who need help writing their first resume.

Casita has multiple student accommodations in London close to Imperial College; prices start from £193per week, including bills, with multiple room types available with both shared and private facilities. If you are interested in experiencing London's culture, book a student accommodation outside the university campus.

1. Imperial College has a climate change centre, one of the cross-departmental centres focused on important societal topics worldwide.

2. After 100 years of being a part of the University of London, Imperial College became an independent university in 2007.