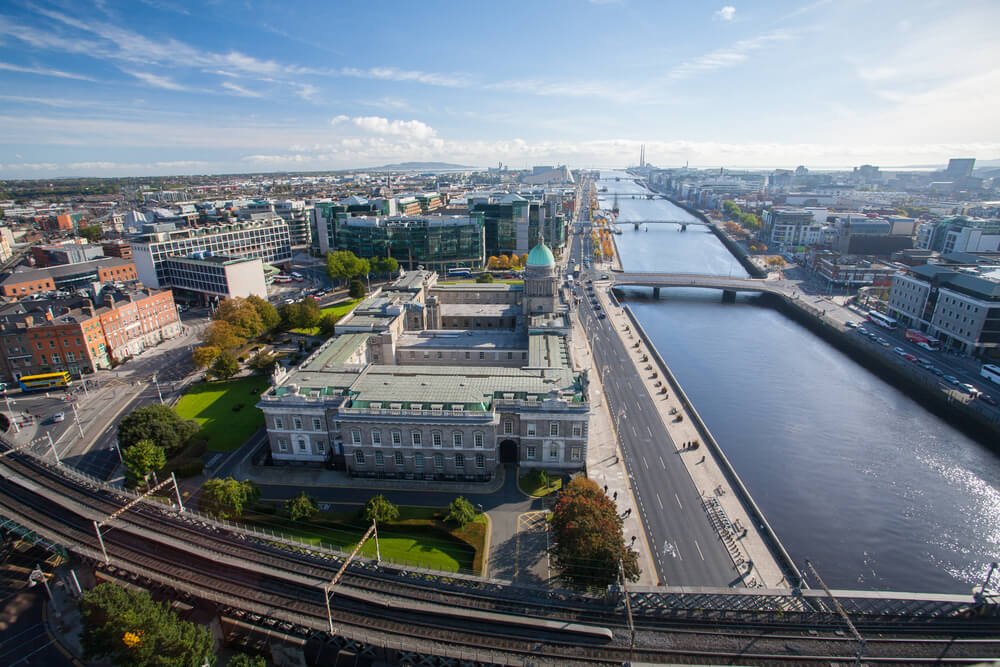 Dublin is the capital of Ireland and one of the fascinating cities in Europe. Despite its small size, the city is rich with history and culture that will make you fall in love with it with each stroll you take. Dublin is known for its friendly people and a warm, welcoming atmosphere. Where does Dublin's name come from? Its name comes from a Gaelic word that means Black Pool which refers to the dark bog water draining into a deep pool at Dublin Castle. The modern name means "town of the ford of the hurdles".

The city is geographically fortunate with its ideal location at the head of a stunning bay and along the serene River Liffey. Dublin, like its neighbours, has very cold winters where temperatures could drop to -5C, so don't forget to pack those heavy jackets of yours and some extra thick socks! Hot days are quite rare, even in the summer, the highest it could reach is around 20C; the perfect weather for a stroll or picnic!

Ireland's capital is famous for its many exciting landmarks and fascinating destinations. One of the most famous historical landmarks is St.Patrick's Cathedral, the largest cathedral in Ireland. It's believed that this cathedral is where St.Patrick baptized Christian converts himself! Walking across the Ha'Penny Bridge is a must-do when you're in town. It dates back to 1816 and was named so for the half-penny toll that was required back in the time. Another can't-miss location is Phoenix Park, the largest public park in Europe, it includes a zoo and the tallest obelisk in Europe. Biking through the park is the best way to take it in, and you could even spot a deer or two on your ride!

If you're a fan of literature, then you have to visit the Oscar Wilde Statue at Merrion Square Park, close to where the playwright lived. A fun student activity to do in Dublin is taking The Howth Cliff Walk and enjoying the picturesque views of nature. You can't be in Dublin and miss out on the classic and delicious Fish n Chips meal, and Leo Burdocks is the best place to have the full tradition experience.

Dublin prides itself on being one of the top destinations for students from all around the world with its globally acclaimed universities and student residences. One of the most famous universities is Trinity College Dublin. It was built in 1592, and their alumni list includes Oscar Wilde, Jonathan Swift and Samuel Beckett. Its library is considered Ireland's largest with more than six million printed volumes, so don't worry about having enough references for you researches! University College Dublin is another top university in Dublin and has the largest number of students in Ireland, and most of them are international.

Getting around in the city is easily done by bus, it has routes everywhere and only accepts coins, and not Euro notes, so make sure always to have small change. There's a Student Leap Card that is almost 20% cheaper than paying with cash, perfect for you if your student hall is located near a bus station. Another service perfect for students is Dublin Bikes Card which allows you to take a bike from any station for a 30-minute trip. If you're looking to explore the outskirts of the city, taking the train will allow you to enjoy the most famous towns in Dublin like Howth, Dalkey, and Blackrock. Another option for easy navigation is the Luas, Irish for 'speed'; it's a tram system that has two lines. There are also the options of either renting a car or taking taxis.