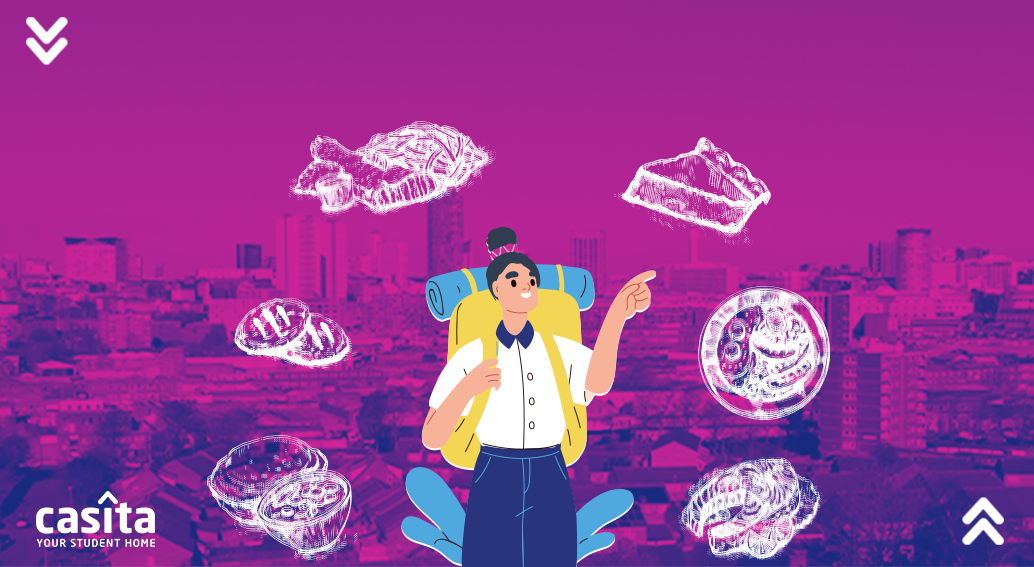 Birmingham is one of the UK’s major cities and the country’s second-largest city in terms of population. The city is renowned for its rich industrial heritage as well as its history, culture, and overall vibrant atmosphere. Being one of England’s most-visited cities, Birmingham is famous for its busy city life, diverse population, shopping scene, and most importantly, gastronomic scene.

Birmingham is home to a number of cuisines spanning several cultures and backgrounds and coming together to create the city’s unique gastronomic identity. Additionally, Birmingham has its own local dishes to add to the cultural mix. 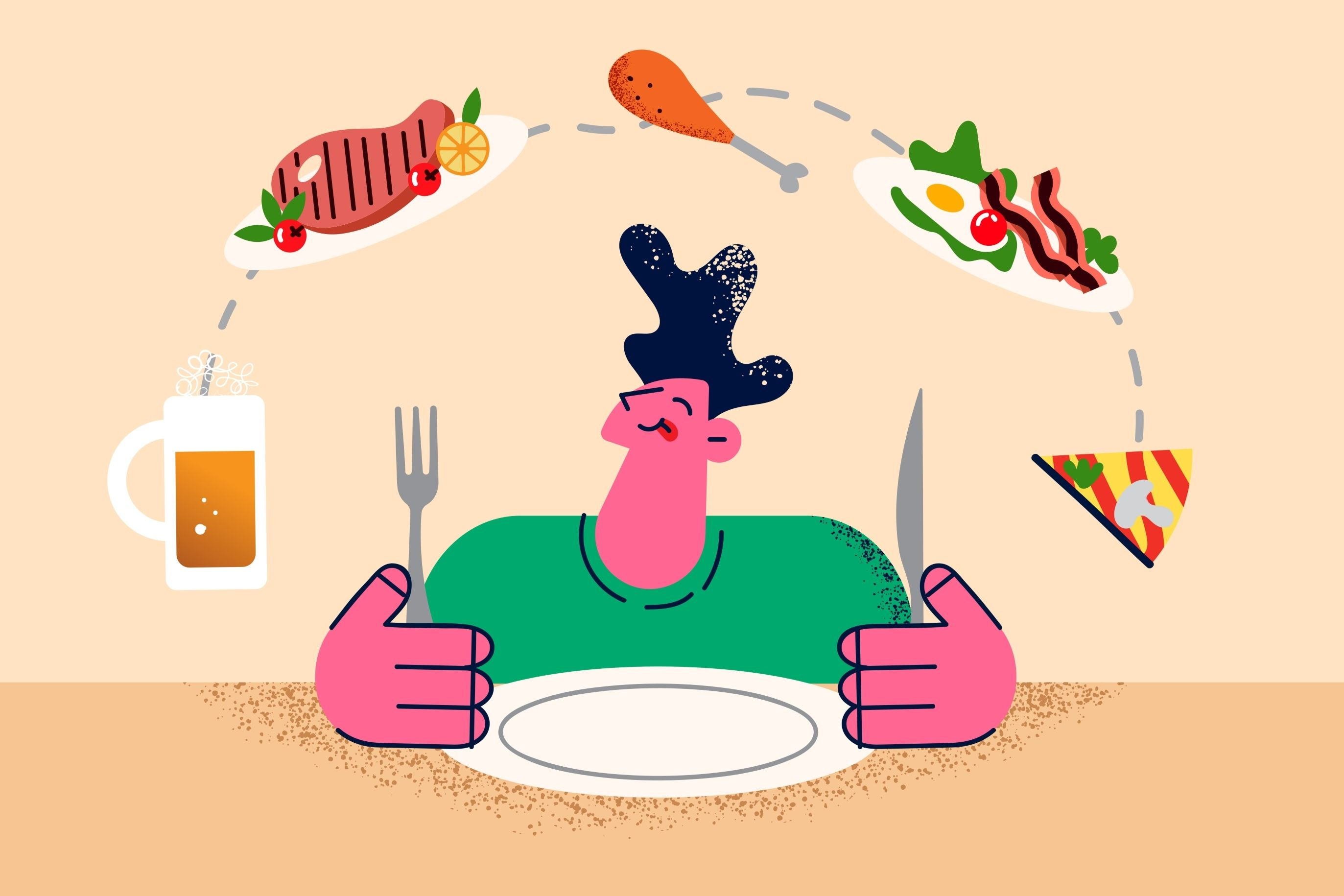 What Should You Eat in Birmingham?

Among the city’s culturally diverse cuisines, Birmingham still has its own signature dishes to share with the world. So, if you’re in the city for the first time, or have been there for a while but haven’t had the chance to expand your palate yet, grab a plate and let us serve you some local Birmingham food!

Birmingham’s authentic cuisine and dining experience is highly praised by its locals. Here is a list of the must-try Birmingham local staples while in the city!

Said to have been around since the 1600s, Shrewsbury cake is a traditional dessert that first became popular in Shrewsbury, the county town of Shropshire. This Birmingham staple is a mix between cake and biscuit, as a modified version of the regular cake, which was too delicate to transport back in the day.

Shrewsbury Cakes are now popular outside of Shropshire and are considered one of the top-ranked foods to try in Birmingham. The basic ingredients of this dessert include sugar, butter, eggs, and flour, with some variations of it being made with lemon zest and dried fruits. You can pick up a Shrewsbury Cake from any bakery around Birmingham and snack on it on the go!

Fidget Pies are said to have originated in the Black Country. This is a famous dish in the West Midlands area generally and Birmingham specifically. Fidget Pies get their unique name from their ingredients; they’re basically made of different types of meat that are minced together to fit inside a single pie.

Known as savoury ducks in the areas of Yorkshire, Lincolnshire, and Lancashire, Faggot is a traditional meatball dish often served with peas and mashed potatoes. This unique Birmingham dish is said to have originated accidentally when a woman tried to make an Italian dish with minced beef.

Faggot Meatballs get their name from originally being made using offal and fatty pieces of meat that needed to be used up before they went bad. This item can be found on the menus of several restaurants, pubs, and eateries across Birmingham. The best place to have Faggot Meatballs is said to be this historic pub on Price Street known as The Bull.

This is one of the UK’s most popular bar snacks, but its origins are definitely from Birmingham. This snack is made from deep-fried pork skin that’s lightly salted and served alongside crisps and peanuts at bars. 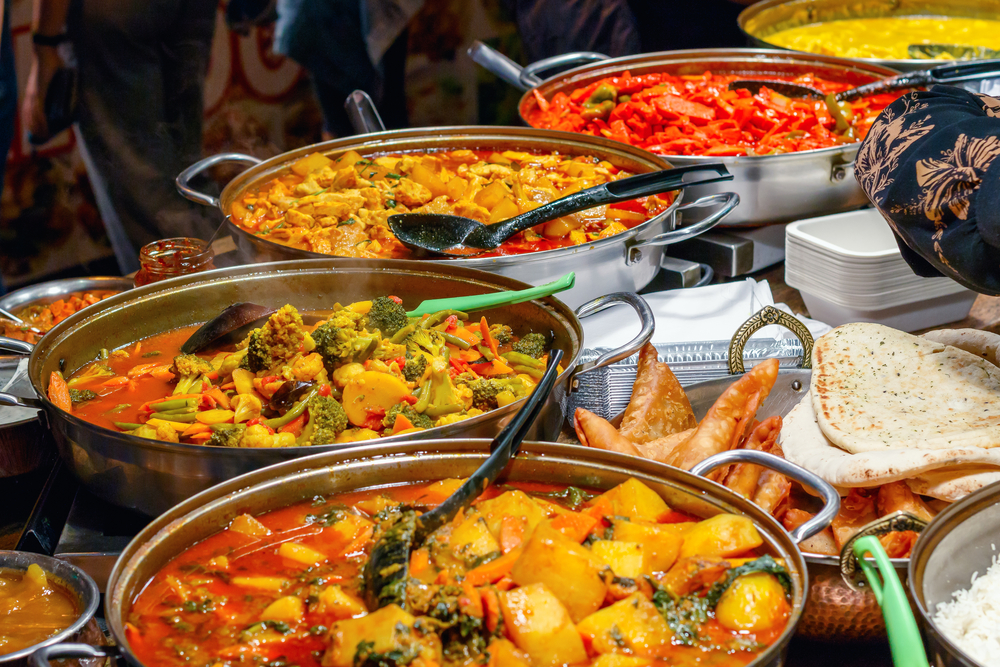 Despite being a traditional Pakistani dish, Balti is ranked among Birmingham’s top foods that everyone should try. This dish is said to have been invented in Birmingham in the 1970s. While this dish is influenced by native Kashmiri flavours, it has a western twist to it. This curry with a twist is often cooked with meats like lamb or goat and is served in a flat steel Balti dish.

This dish is best had at what is commonly known as The Balti Triangle. The triangle covers the areas of Ladypool Road, Stoney Lane, and Stratford Road, which are home to several restaurants that make the best Balti in Birmingham. Shabab is one of the top restaurants where you can have a delicious Balti.

There is nothing more inherently British than having afternoon tea accompanied by some sort of cake or scone of your choice. In Birmingham, you have your afternoon tea with Brummie Bacon Cakes. These cakes are traditionally made with cheese and bacon for a crispy texture, with both Worcestershire sauce and ketchup being added to the milk.

You can grab a Brummie Bacon Cake at any of Birmingham’s local cafes. The treat is made even better when you order it with a side of eggs like a true Birmingham local!

Having been around since the late 18th century, Birmingham Soup is a combination of stewed beef and vegetables, typically served with a slice of bread that is still considered among the city’s best foods to try. On rainy days, Birmingham Soup has been compared to a warm hug from a loved one, a true Birmingham comfort food.

The best servings of Birmingham Soup can be found at one of the city’s top fine-dining restaurants, Purnells, on Cornwall Street. If you happen to be on a tight budget or are not one for fine dining, you can still have a variety of modern renditions of Birmingham Soup at any local cafe.

Every country, and sometimes city, has its own version of the traditional pancake, Pikelets are Birmingham’s contribution to the pancake roster. This thin Birmingham pancake, which is cooked over a thin pan and left to bubble before it’s flipped to cook on the other side, is often mistaken for a crumpet. Pikelets are often consumed as a snack in Birmingham households, piping hot with butter for added flavour, and you can also get your share of them at any local cafe.

This hearty meat stew is a Birmingham staple made with soaked groats (husks of various grains, including wheat, barley, and oats), leaks, and onions cooked overnight in rich beef stock. This dish is a dark porridge-like meal that is particularly popular during the winter months; it’s a warm dish to snuggle with on a cold night.

This originally Turkish dish is gaining more popularity in Birmingham in recent years and can easily be found in the city centre. Doner Kebab is such a budget-friendly meal that you can get and eat on the go as well; convenience and affordability in a bite!

Doner Kebab, or simply just Kebab, is made of meat carved from a vertical rotisserie and then served in sandwich form, either in a wrap or stuffed in pita bread. To give the dish even more flavour, it comes with sliced tomatoes, onions, pickles, cabbage, and homemade sauces of your choice. 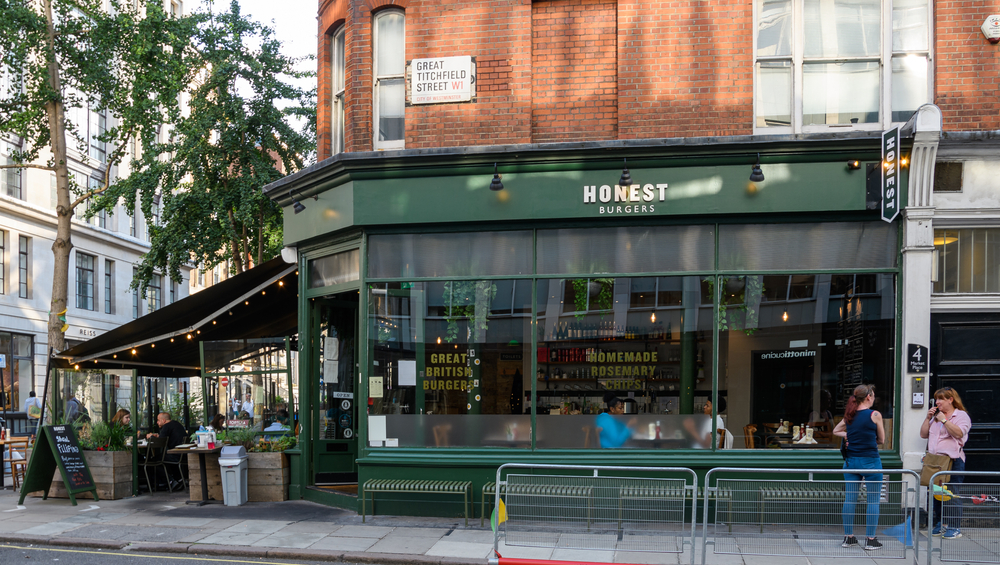 Where Should You Eat in Birmingham?

Birmingham is home to an amalgamation of different food cultures, resulting in a vibrantly diverse gastronomic scene, and numerous cuisines for you to choose from when you’re in the mood for eating out. Here is a list of the top cuisines in Birmingham and the top restaurants to check out for each one!

As a diverse city, the cuisines in Birmingham mimic its nature. From traditional British cuisine and world-renowned Italian cuisine to eastern varieties like Turkish and Pakistani cuisines, Birmingham has it all. Let’s dive in and sample the various cuisines Birmingham has to offer!

Birmingham has a variety of pan-Asian restaurants that serve a variety of Asian foods from across the continent. Additionally, Birmingham has spots that specialise in specific Asian cuisines, including Japanese, Indian, Korean, and Birmingham’s most famous, Pakistani. Whether you’re in the mood for sushi, rice cakes, a hearty curry, or Birmingham’s famous Balti, you’ll find a place that serves you your desired meal!

Italian cuisine is a classic must-have in any city, and Birmingham is no different! You can enjoy a pizza, a pasta dish, a summer salad, or a calzone at a variety of restaurants across the city. If you’re new to the city and do not know which foods to try, Italian is always a safe bet, and it’s easy to find too!

Having Doner Kebab as one of its top foods, there is no doubt Birmingham has its fair share of Turkish and Middle Eastern restaurants and eatery spots. You can have delicious food from different countries in the Middle East without leaving the city of Birmingham!

Much like Italian cuisine, British cuisine is a comfort to many and can easily be found in any British city, and Birmingham certainly makes the list. You can indulge yourself in an array of roasts, pies, porridge, and other traditional British dishes at multiple spots throughout the city.

How about some gyros, fries, a salad with some feta cheese, and a classic frappe? Greek food is a flavourful addition to Birmingham’s growing list of diverse cuisines. If you ever feel like Greek food while in Birmingham, you don’t have to worry, there are places that will serve you your favourite dishes located in different Birmingham neighbourhoods and districts.

Another staple cuisine in almost every city is Mexican. Birmingham has a wide range of Mexican restaurants spread throughout the city. Tacos, burritos, nachos, enchiladas, and much more are within your reach at any of the Mexican food spots in the city of Birmingham!

While not exactly a cuisine, it deserves its own mention on the list. Not only is it affordable, easy, and quick, but fast food is also easily accessible in Birmingham and is served in restaurants, food trucks, food joints, and casual pop-up eateries. If you’re ever in need of a quick bite, want to grab a bite on the go, or are strapped for cash, this would be an ideal option for you!

Birmingham is known for a variety of pastries and cakes, and thus has no shortage of bakeries and cafes across its premises. Brummie Bacon Cakes, Shrewsbury Cakes, and Pikelets are among numerous Birmingham treats that you can pick up from local bakeries or cafes along with a cup of coffee or a classic tea.

The city of Birmingham also has a variety of options for people with certain dietary restrictions and those who are strictly vegetarian or vegan. You can find some of the city’s top dishes recreated to fit your tastes as a vegan or vegetarian at a variety of restaurants throughout the city.

While also not a cuisine on its own, this one is important to note. For those looking for halal spots to eat out with friends, the city of Birmingham has something for them as well! Among the city’s numerous restaurants and cuisines, there are a number of halal restaurants that cater to your needs, here’s a list of the top ones!

Birmingham is a rich food city with creations of its own along with a cultural marriage of cuisines from around the world. If you ever find yourself in Birmingham and are not quite sure what to eat and where to do so, use this as your guide and enjoy all the delicacies this city has to offer! While you’re at it, do not forget to check out the top markets in Birmingham!

What food is Birmingham known for?

What is the best place to eat in Birmingham?

There are several must-try restaurants and eateries in Birmingham, the most famous of which include The Ivy, Shababs, Bonehead, La Galleria, and Mythos. 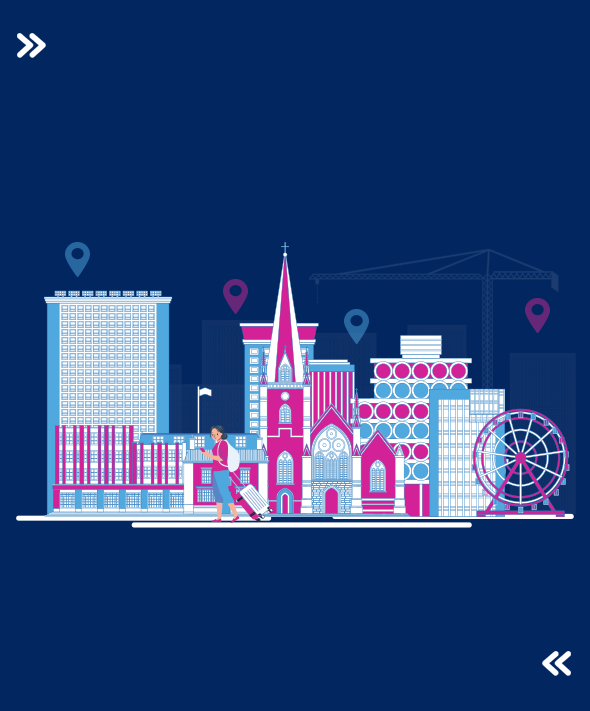 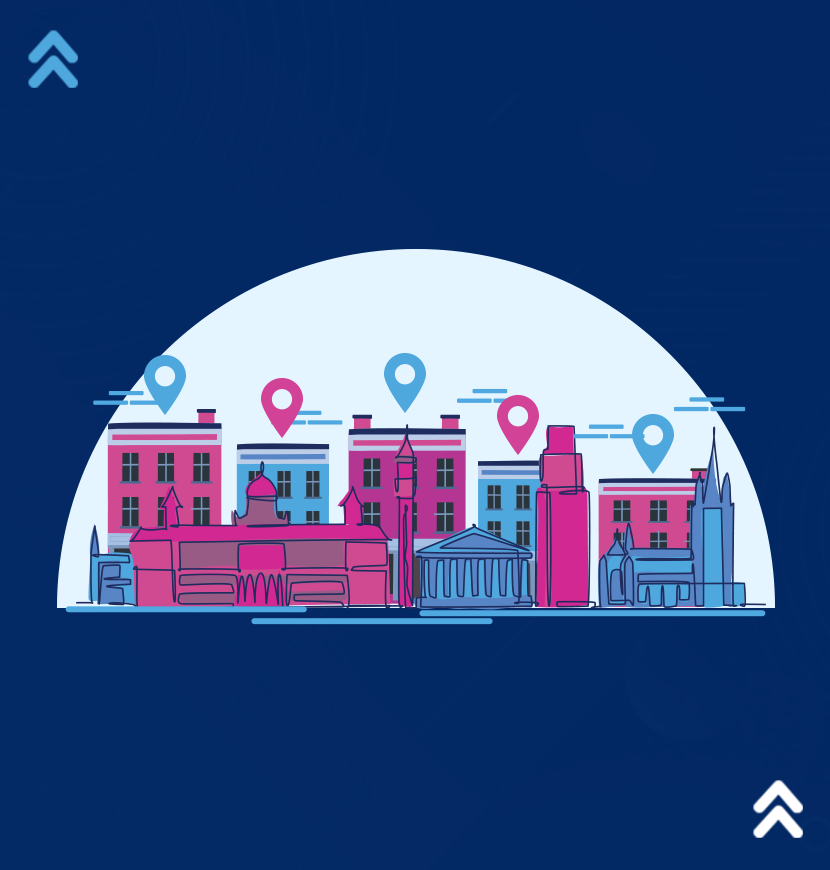 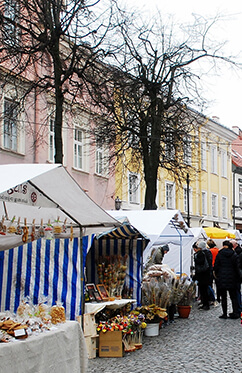