What is the Difference Between Honours and Non-Honours Degrees? 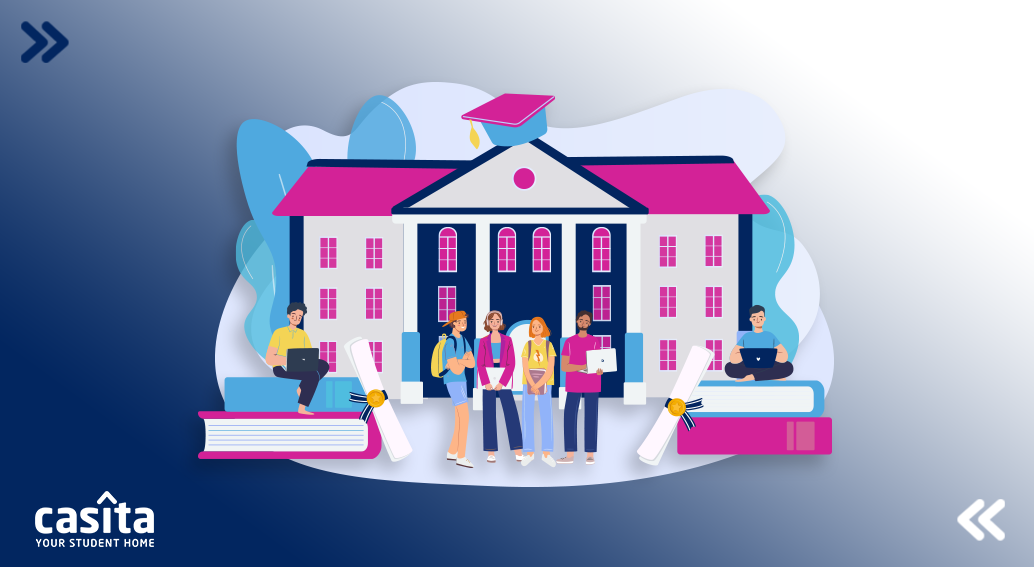 One of the best things about graduating high school is that you are met with an array of options of where you want your future to be headed. Whether you want to take a gap year, apply for pre-university institutions, or go straight to university and get your dream degree, the sky's the limit. However, with this newfound freedom also comes the confusion on which path is the right one to take. It’s a huge decision, and to make it, you have to lay out all your options on one side and your personal goals and aspirations on the other, then it will come naturally to you. To help you out in this phase of your life, we’re here to tell you all about one of those paths you can take; applying for an Honours degree, and how it is different from a non-honours one so you can make an informed decision.

What Is An Honours Degree?

Before we get into what an honours degree means, you should know that it may refer to different things according to the country you are studying in. However, it does have a basic core definition that can apply anywhere. An honours degree is an undergraduate one that is designed to be at a higher standard than a general Bachelor degree. In these degrees, the curriculum requires a higher level of achievement while still at an undergraduate level. It introduces knowledge in a specific context that promotes undertaking the pathway of research and professional work. Some countries offer honours degrees as a separate year of studies, like in the US, Ireland, Australia, New Zealand, and Scotland, while countries like the UK and Canada offer it as inclusive, meaning it would take the same duration as a regular Bachelor degree. If you like to learn about the UK honours degrees, you can check out our article on the UK grading system.

The best thing about getting an honours degree is that you have several ways you can acquire it according to your own goals and studying preferences.

A stand-alone honours degree is considered an additional course that is taken after you finish your undergraduate studies. You would choose one of your undergraduate subjects to specialise in and you can even choose a course with three subjects under a single honours degree like Politics, Philosophy and Economics. This type is differentiated by requiring an extra year of study, unlike integrated or embedded honours, where you complete your honours requirements within the duration of your study.

Going for a joint or combined honours degree means you’ll get to study several subjects separately at an undergraduate level. This is for all the high-achievers who can’t be satisfied with just one subject to specialise in and want the opportunity to have two or even three subjects specialisations as part of their standard undergraduate degree. How it works is that you choose separate study modules for each subject, and each one will be provided by its own department or school within the University. So each subject would make up 50% of your final grade unless you aim high and choose 3 subjects, then each would make up a third.

3. A Degree with an Honours Project

This type is one of the simplest you can go for to get an honours degree. It would be a standard three-year degree with a dissertation or project in the final year of study. It would also be worth 360 credits as opposed to a regular Bachelor which is worth 300 credits and does not include a dissertation.

How Is It Different From A Non-Honours Degree?

Now that you know all about honours degrees and what they entail, we can deduce the key differences between them and a non-honours degree.

For starters, there’s no secret that non-honours degrees are much easier to pursue. An honours degree requires a higher, more professional level of research throughout, and it differs from non-honours in the way knowledge is developed each year. It would also require passing extra papers and requirements than in a non-honours degree, whether you choose to complete it after your undergraduate studies or integrate it within.

Another major difference is that in an honours degree, you get to choose one or two subjects to specialise in, which means you get a unique, integrated curriculum instead of a non-honours degree where you study each subject individually. It would also be a ticket to lead you to a Masters by Research or Doctorate degree.

So Why Should You Consider An Honours Degree?

It sounds like hard work, doesn’t it? So what’s the appeal, you ask? Well, there’s no doubt that it would be an amazing academic and personal achievement to have this degree. An honours degree will give you unparalleled research skills and transferable skills such as time management, organisation, and planning, not to mention it will give you networking opportunities with experts in the field. This will all come to great use once you enter the workforce and find yourself one step ahead of your peers.

Another perk that comes with an honours degree is that it’s a permanent ticket to pursue further studies at any time, as well as a pathway to starting a career in research. When it comes to job opportunities, Honours degrees make you stand out among other candidates in any position you apply to, giving you a major advantage to pursuing your dream job.

Finally, we have to mention the sense of reward that comes with being a published researcher once your supervisor helps you publish your thesis in a journal that will later be constantly present in the university library as a reference for other students and researchers.

Now that you’ve read a detailed guide on one of those possible paths you can take, you probably have new open horizons of what’s waiting for you out there in the real world. So if an honours degree now looks appealing to you, it’s time to get moving and research which universities and majors you’re interested in that offer it.

The eligibility for the degree differs significantly according to the country, university, and department, which is why you should start narrowing down your options. It’s a great, exciting path to take if you choose to, so buckle up and brace yourself for the ride.

FAQS About Honours and Non-Honours Degrees

What does it mean if a degree is without honours?

Is an honours degree better than a normal degree?

Honours-level course curricula are specifically created to a higher standard than regular degree programmes. It's because the degree is valued higher than a typical one.

What's the difference between honours and a non-honours degree in the UK?

In the UK, adding an "Honours" component to a degree typically indicates that the student in question completed a three-year bachelor's degree programme, which included finishing an approved dissertation (or thesis) in the final year. It’s quite different in the US, which has a different meaning for this and a different grading system as well.

The Difference Between the UK and US Grading Systems
The UK grading system can puzzle you at the first glance if you’re used to another. Here are the differences between the UK and US grading systems.
Explaining the UK Grading System
Being the number one-go-to country for international students, the UK is a country with an extraordinary grading system that many countries have adopted, including Canada and India.
So what are you waiting for?
Let our accommodation experts guide you through the Explore, Discover, Secure process in order to find the most suitable room, close to your institution, within your budget and according to your needs.
Sign up for our newsletters so you can have the latest Student Accommodation News at your fingertips.
UK
London
Birmingham
Glasgow
Liverpool
Edinburgh
Manchester
See all cities
Australia
Sydney
Melbourne
Brisbane
Perth
Adelaide
Canberra
See all cities
USA
Charlottesville
New York
Fort Worth
Atlanta
Raleigh
New Orleans
See all cities
Casita
Become a Partner
Blog
News
Testimonials
Why Casita?
Accommodation
How it Works
Contact Us
Useful Links
About Us
Terms of Use
Privacy Policy
Sitemap
FAQs
Careers