15 Books Every Student Should Read 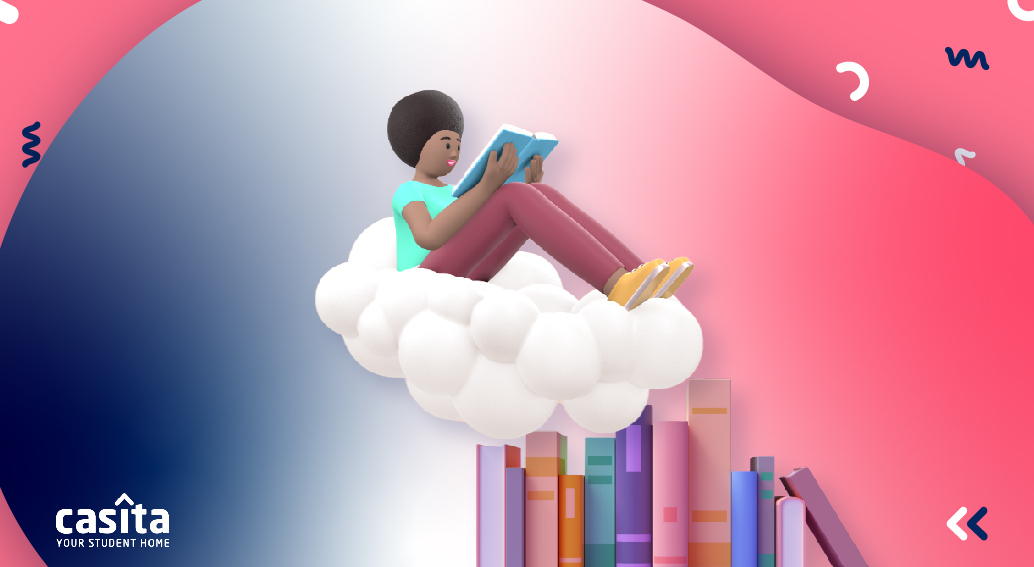 Reading is such an important habit; you can learn a lot by reading, as well as practice your language skills. When you read, you stimulate your brain, you gain knowledge and ideas, you learn new vocabulary, and most importantly, you reduce stress.

There are a number of books that are a must-read if reading is really your thing! Here is a list of 15 books every student should read.

1. To Kill a Mockingbird

The book was published in 1960 and was instantly successful. It’s considered one of the most important books for students to read; it has become a classic of modern American literature, winning the Pulitzer Prize.

The book tells the story of the trial of a black man accused of raping a white man's daughter. You will be able to plainly observe the brutal hatred toward African-American men thanks to Lee's use of a young, naive narrator, and you can also see how occasionally bad values can triumph over good ones.

To Kill a Mockingbird discusses how good and evil may coexist inside a single community or individual while also telling the coming of age story of a young girl and a darker drama about the causes and effects of racism and prejudice.

The book was also made into a movie in 1962; an American drama film directed by Robert Mulligan that you should also watch sometime!

George Orwell's satirical allegorical novella, Animal Farm, was first released in England on August 17, 1945. It’s one of the most popular high school books for students to read.

Major characters in Animal Farm, including Karl Marx, Joseph Stalin, and Leon Trotsky, serve as metaphors for the events of the 1917 Russian Revolution. Orwell utilises his book as a platform to denounce dictatorships in general, as well as Stalin's terror regime and its corrupt and abusive elements. Orwell uses a distinctive style in this book to describe a significant historical event.

Nick Carraway, Jay Gatsby's neighbour, serves as the narrator of this book. Gatsby, a man of "new fortune", yearns to win back Daisy Buchanan's affections after falling in love with her before joining the military. Fitzgerald's book emphasises the distinction between those with recently acquired money and those whose families have enjoyed generations of material excess while also describing the collapse of the American Dream in the 1920s through the tragic fate that befalls Gatsby.

If you're curious, The Great Gatsby movie is a really entertaining movie to watch as well. The movie stars Leonardo DiCaprio and contains numerous prize-worthy images, settings, costumes, direction, and performances.

1984 is Orwell's ninth and last book that he finished during his lifetime, and it was published by Secker & Warburg on June 8, 1949.

The year is 1984, and the setting is London, England, where Big Brother is the leader of the ruling Party, which imposes total control over its people and outlaws individualism and free thought. Winston Smith starts to engage in criminal behaviour, such as having a covert relationship with a coworker, as a result of his frustration with his government and his interest in the rebel Party. This political novel by George Orwell illustrates the numerous risks of totalitarianism and serves as a warning to countries who were still unsure of how to handle the global growth of communism. 1984 is extremely good that it is included on almost all lists of books to read.

5. The Catcher in the Rye

J. D. Salinger wrote a book titled The Catcher in the Rye, which was released in novel form in 1951 and in serial form in 1945–1946. Although it was written with adults in mind, teenagers frequently read it because of its themes of anguish, alienation, and criticism of society's superficiality. It has also been translated into many languages.

The sixteen-year-old narrator of his story about being expelled from school and his indignation towards the hypocrisy of everyone around him is Holden Caulfield, who is currently a patient at a mental institution. The themes of self-isolation and despair, youth and maturation, adult hypocrisy, and superficiality are all explored throughout Salinger's book.

6. Death of a Salesman

The stage play Death of a Salesman was written by American writer Arthur Miller in 1949. In February 1949, the play had its Broadway debut and ran for 742 performances.

The Loman family - Willy, the father; Linda, the mother; and Biff and Happy, their two sons - is the subject of Death of a Salesman. Due to his foolish perception of reality, Willy, an unsuccessful salesperson, is never able to achieve the American Dream. Miller's play won both The Pulitzer Prize for Drama and the Tony Award for Best Play. On top of that, it is one of the well-known books for students to read.

American author Ray Bradbury published his dystopian novel Fahrenheit 451 in 1953. The book, which is frequently regarded as one of his best, explores a future American society in which books are forbidden and those found are burned by "firemen." Montag, a fireman, is the main character in Bradbury's book. After meeting a seventeen-year-old girl who, unlike the rest of the society, enjoys people, nature, and meaningful conversations, Montag grows unsatisfied with his life and those around him. This is a well-known satirical book among the most popular books for students to read.

8. Lord of the Flies

William Golding, a British author who won the Nobel Prize, published Lord of the Flies in 1954.

The books talk about British boys who must learn to cooperate with one another in order to survive when their plane crashes, leaving them trapped on a lonely island. Unfortunately, arguments grow violent in the absence of regulations, and the boys' feral and violent tendencies drive them to turn on one another. This is one of the best books for students, Golding portrays the themes of civilization versus barbarism, inherent human evilness, and the loss of innocence using symbols like the beast and the conch shell.

Of Mice and Men is a novella written by John Steinbeck that was published in 1937.

The primary relationship in Steinbeck's tale is that of two workers named George and Lennie, who share a commitment to one day owning their own piece of land. Sadly, their dream can never be achieved, and this book also shows how the American Dream is impossible. Loneliness is another recurring subject, as demonstrated by the following quotation from the black stablehand Crooks: "A man wants someone to be close by... A man becomes sick when he is too lonely, I tell you " (Steinbeck 80). A few noteworthy facts about this reading selection for students include that Steinbeck's dog destroyed an early manuscript of the narrative and that most of the characters are based on people he knew.

This is one of the most well-known books there is. Early in his career, William Shakespeare wrote the tragedy Romeo and Juliet about two young Italian star-crossed lovers whose death ultimately brings their opposing families together. Along with Hamlet, Romeo and Juliet was one of Shakespeare's most performed plays during his lifetime and is still played frequently today, and it has also been made into a number of movies.

Romeo and Juliet's story is well-known to most people because of its many appearances in films, television shows, and literary works. Shakespeare's language is challenging, therefore many people wonder why it is still taught in schools and regarded as a student-level book. The answer is straightforward: Despite being hundreds of years old, Shakespeare's play deals with concerns of love and relationships, jealousy, violence, and rivalry. All of which have existed then and continue to exist in our modern-day society.

If reading is your thing, you will definitely enjoy studying and reading any of these books. Also, if you’re interested in films, or film festivals, you should check out Top Destinations for Film Festivals' Fans.

UK Book Fairs You Should Check Out
Check out these UK book fairs that help you learn about current developments in the industry through seminars, panel discussions, and presentations.
So what are you waiting for?
Let our accommodation experts guide you through the Explore, Discover, Secure process in order to find the most suitable room, close to your institution, within your budget and according to your needs.
Sign up for our newsletters so you can have the latest Student Accommodation News at your fingertips.
UK
London
Birmingham
Glasgow
Liverpool
Edinburgh
Manchester
See all cities
Australia
Sydney
Melbourne
Brisbane
Perth
Adelaide
Canberra
See all cities
USA
Charlottesville
New York
Fort Worth
Atlanta
Raleigh
New Orleans
See all cities
Casita
Become a Partner
Blog
News
Testimonials
Why Casita?
Accommodation
How it Works
Contact Us
Useful Links
About Us
Terms of Use
Privacy Policy
Sitemap
FAQs
Careers