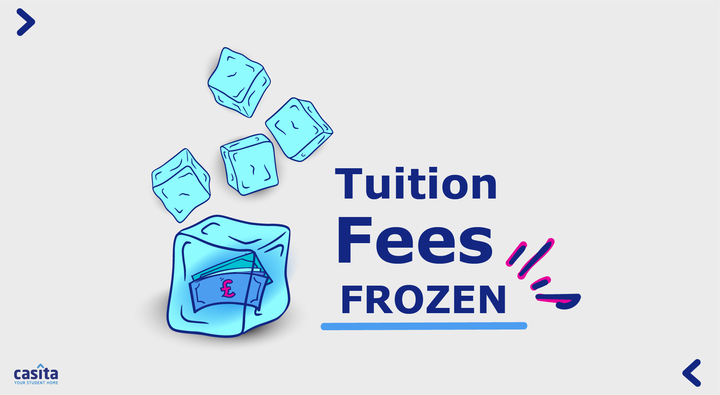 University Fees in England Will Be Frozen.

The government has announced that university tuition fees in England would remain at £9,250 for the next two years. However, students' living expenses will be further squeezed when maintenance loans increase by 2.8% starting this September. The money-saving website Save the Student described it as a "devastating blow" after loans increased by only 2.3% this year.

Furthermore, the government has also confirmed that it will provide an additional £15 million to university hardship funds. Although the National Union of Students (NUS) welcomed financial support for students, it claimed that hardship funds were "a short-term solution to a long-term problem."

However, this increase is less than the current inflation rate of 10.7%. The NUS called the increase "woefully inadequate" as the increase is not in line with inflation. The increase would "barely touch the sides" in the face of "high inflation, rising energy bills, transport costs, rents, and falling wages", says the University and College Union, representing more than 120,000 education staff in the UK.

Robert Halfon, the higher education minister, has stated that  "students continue to face financial challenges" and the government recognises it. Halfon added that this had been the third year in a row that tuition fees had been frozen for full-time undergraduate courses.

Halfon said: "I'm really pleased to see that so many universities are already stepping up efforts to support their students through a variety of programmes.” Adding,  "These schemes have already helped students up and down the country and I urge anyone who is worried about their circumstances to speak to their university."