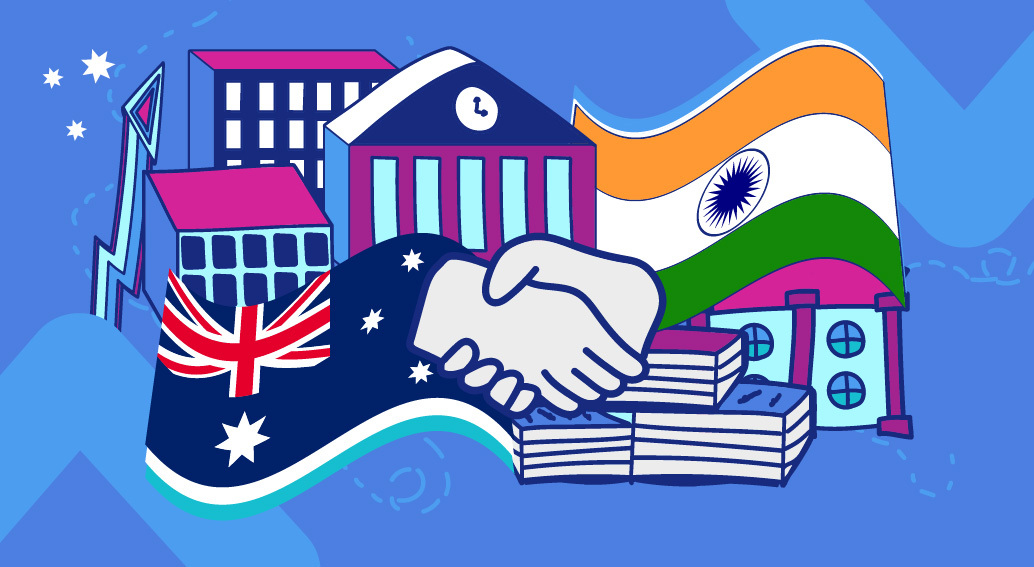 In a recent development, India and Australia have set up a task force for Qualifications Recognition between the two countries.

This major step is expected to be a game-changer for educational, research, and economic collaborations between the two countries. The countries’ mutually recognized qualifications are also set to further open up pathways and opportunities for the mobility of students, professionals, and skilled personnel between India and Australia.

“Australia has a longstanding and strong relationship with India across education, skills, and research,” says Australia’s acting minister for Education and Youth, Stuart Robert. He adds that this task force will pave the way for new opportunities for graduates of both India and Australia to use their qualifications.

Robert also emphasised on the importance of education as one of the key underpinnings of the ever-growing relationship between the two countries. He called education “the key to the bilateral relationship”. Additionally, Robert stated that this step highlighted the fact that Indian students are, and will continue to be, a valuable part of the Australian community.

According to Stuart, this collaboration will serve both countries by expanding the cooperation between them in education, as well as optimising mobility outcomes for both Australian and Indian students and graduates, and both countries’ education institutions. He also adds that these improved qualifications recognition arrangements will underpin trade in professional services between the two countries.

The task force will mainly consult with stakeholders and make practice-based recommendations for this two-way qualifications recognition programme. The task force’s primary focuses will include the recognition of online and blended learning, as well as joint degrees and offshore campuses.

Angela Lehhman, head of research at The Lygon Group, says that announcing this task force will be the key to achieving the aims and priorities of both India and Australia’s education and research sectors. She continues that The Lygon Group has seen increased engagement and interest in Australia with India’s higher education sector. This task force will be an essential factor in achieving the goals of both countries.

Lehman also added how pleased she is that Australia is taking such a major step in this issue and starting a leader-level conversation. Since the UK and India had a similar conversation back in May 2021, the Australia and India task force is a matter of better late than never.

CEO of the International Education Association of Australia, Phil Honeywood, elaborated on the significance of this long-awaited step saying how it has been many years coming. Phil hopes this task force will lead to tangible outcomes in the near future.

Phil also highlighted the issue that many Indian students face of not being accepted into the Indian Civil Service or other professional positions after obtaining a world-class qualification from a top-ranked Australian university.

Additionally, Australian education providers have found overwhelming official and unofficial barriers when trying to establish overseas campuses in India. Despite Indian politicians reaching out to countries to extend their overseas education to assist the country in meeting the demands of its rapidly growing economy, the barriers issue still pertained. Said issue is not only limited to Australia, but it has also been a frustrating matter to Australia’s competitors, Canada and the UK.

The task force announcement has been welcomed by several other stakeholders and sector peak bodies. These include Anurag Kanwar, policy manager at Independent Higher Education Australia, who said that her organisation welcomes the move towards a special task force on qualifications recognition between India and Australia, and how mutual recognition is important for migrants from both countries. She also added that this development has the potential to enhance mobility outcomes for students and graduates from the two countries.

“India is one of Australia’s key partners in international education, with more than 90,000 Indian higher education students studying in Australia prior to the pandemic,” stated Catriona Jackson, chief executive of Universities Australia. She continued to highlight how India was Australia’s second-largest source of international students in 2022, accounting for more than 16% of all student visa holders.

Jackson went on to say how this is an important and positive step forward and how Universities Australia looks forward to progress in achieving mutual qualification recognition. Jackson also emphasised the importance of this task force for both Indian as well as Australian students.

Universities Australia expected micro-credentials to also be “on the table”, according to Jackson. She talked about how critical the bite-sized credentials are to upskill and reskill, and how it would be central to India’s push for 29 million more skilled workers by 2030.  Jackson also stressed the importance of ensuring recognition of Australian degrees and micro-credentials for Indian students going home as well as Australian students working in India. She then went on to conclude her talk with how Australian universities look forward to continuing to work on this important project with both governments.

India - Australia task force is set to come up with a mechanism for recognition of educational qualifications between the two countries by the end of this year, with the implementation of a said mechanism to begin in 2023.