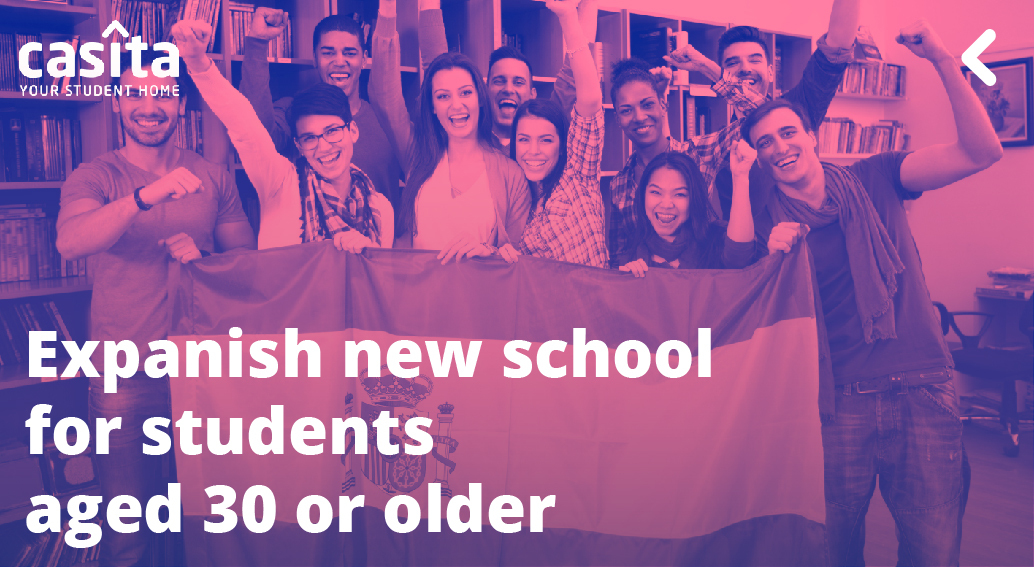 Expanish commercial manager Murphy Scott has announced the opening of a new school in Barcelona for students who are 30 or older, as he said “we are marketing the school as a mature learning space, where more mature language students can have a Spanish immersion program with others of a similar mindset”. The older Expanish school is for 16–29-year-olds and it has been existing in Barcelona for several years. However,  the course prices will remain the same between the two schools.

“Having a separate school for those aged 30+ will allow our students in Barcelona to learn Spanish in a more mature study environment alongside people with similar life experience” says the Expanish director and co-founder, Agustin Vignale. He also added, “We think this will ensure a more rewarding immersive experience for all our students”.

This new school promises to provide a totally better and different experience to its Spanish learners and students from the learning experience they can get through any language learning app or website. Scott is confident that while technology has made leaps in language education, nothing can beat an immersive experience like the one Expanish offers. “Two weeks in an immersion program can teach you more than you can learn in a year with Duolingo,” Scott said.

Vignale says that “this is the first Spanish 30+ centre of its kind, showing that Expanish continues to grow as a leader in Spanish language centres”. This new Expanish 30+ school is located in Barcelona in the Eixample neighbourhood and all current students who are 30 or older will automatically move to the new centre.