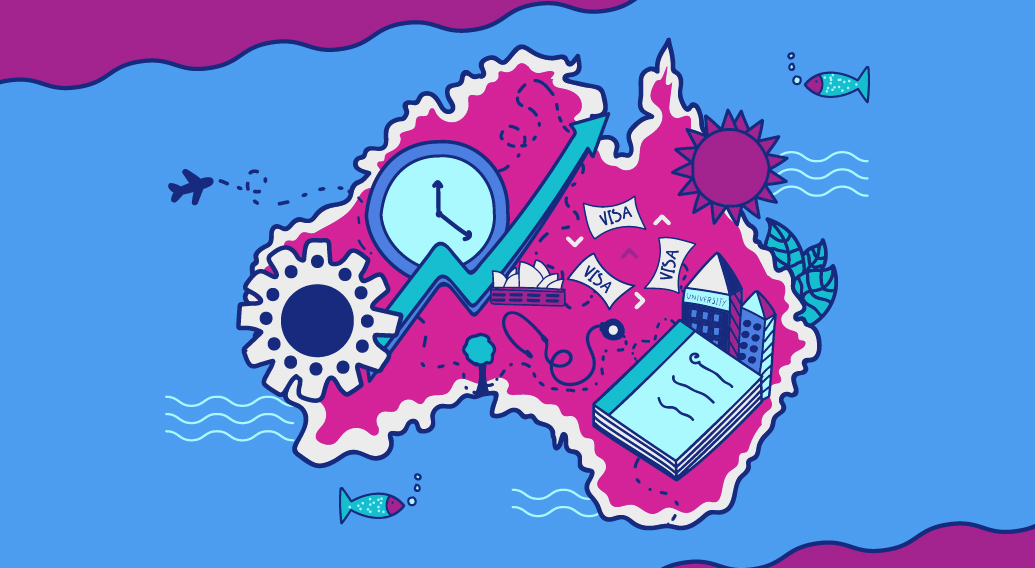 Australia has announced visa fee refunds for international students as well as removing limits on how long student visa holders are allowed to work. These measures are seen as an effort to face critical workforce shortages, as the government hopes they will provide an incentive for fully vaccinated international students to return to Australia as soon as possible.

Prime Minister Scott Morrison unveiled the $630 fee for international students will be covered for the next eight weeks from January 19. According to Australian Treasurer Josh Frydenberg, the student rebate visa changes – together with similar amendments made for backpackers – will have an expected cost of $55 million.

Phil Honeywood, Chief Executive of the International Education Association of Australia, welcomed any incentives in favour of students. However, he added that students are questioning whether the policy change is to offer genuine support for student welfare or is rather motivated by the need to backfill Australia’s labour force.

The members of The Independent Tertiary Education Council Australia, who support some 90% of international students undertaking vocational training programs in Australia and around 10% of those in higher education programs, welcomed the changes. Although the temporary lifting of work hours limits for students, which are usually capped at 40 hours per fortnight, was “cautiously” welcomed, the work hour change will be reviewed in April 2022.

Troy Williams, ITECA chief executive, noted that the priority of ITECA members, first and foremost, is to ensure that their students can meet the course progress requirements associated with their student visa. “We want international students studying onshore to benefit from the knowledge and skills that can be derived from an Australian tertiary education. So while we support the ability for overseas students to work longer hours during the pandemic, our priority and the focus of our members remains on ensuring students meet the obligations associated with their study.” He said.

The prime minister said his message to 150,000 international students and 23,500 backpackers with visas was to “come on down”. “We want you to come to Australia and enjoy a holiday here … [and] move all the way around the country. At the same time, join our workforce and help us in our agricultural sector, in our hospitality sector, and so many of the other parts of the economy that rely on that labour.”

He said international students, particularly those who are working and being trained in the healthcare sector could be willing to fill some of the critical workforce shortages being faced as a result of the Omicron surge, which will be incredibly helpful.

The prime minister also said that he would be encouraging states that still had quarantine requirements for international arrivals in place to consider lifting them to take advantage of the additional staff arriving into the country.

Further easing of isolation requirements down to just five days was also considered by the government according to Morrison. But ruled out it would be a “calibration” given about 30% of people remained infectious after such a short period, so it is not the advice at the moment.

Fully vaccinated international arrivals will be able to enter Queensland without quarantine from 1 am, January 22, as the state approaches a 90% target for its population to be fully vaccinated. Before higher vaccination rates among the state were reached, tourism minister Stirling Hinchliffe described its quarantine facility at Toowoomba Wellcamp Airport as a strategic advantage.