5 Things You Need to Know About Independence Day 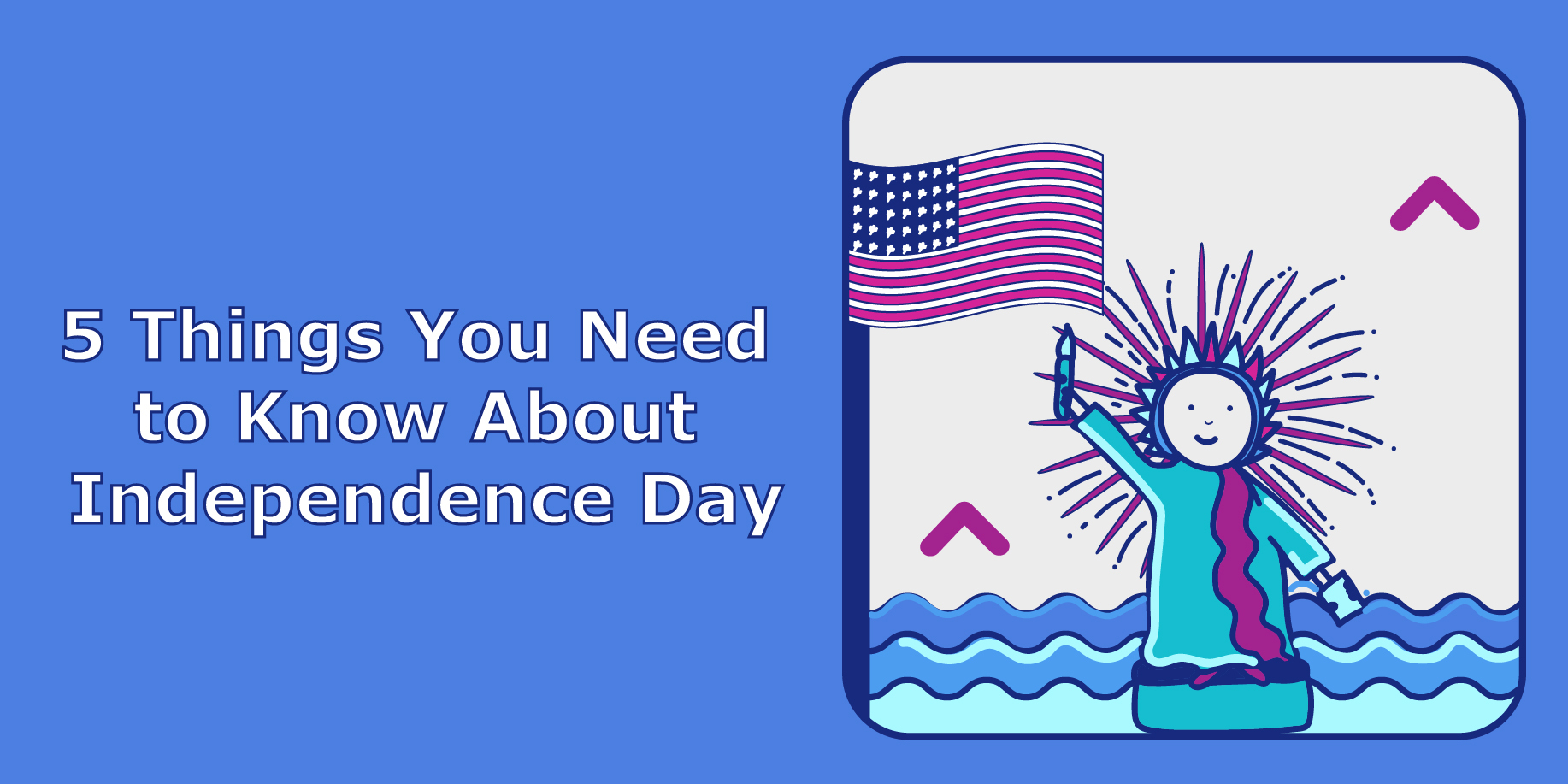 It is finally the 4th of July, the holiday that all Americans celebrate with dinner parties, attending parades and watching fireworks. As a student studying in the USA, you are probably aware of the importance of the 4th of July for Americans. However, do you know everything about the day? Probably not! Get ready to know interesting facts about the 4th of July and how it became a holiday.

5 Interesting Facts About The 4th of July

1. A Woman Signed the Declaration of Independence!

Surprising to many people, the declaration of independence was not only signed by men; a female signature was found on the original documents. That female was Mary Katharine Goddard, a well-known publisher who Congress commissioned to print the first copies of the document. Why she added her name to the document, though, no one Knows!

Don’t be so surprised! In the US, Thanksgiving is Turkey day, however, it seems like, on the 4th of July, Americans prefer hotdogs over the traditional dish of thanksgiving. If you are attending a parade, fast food makes more sense and it is easier to pack and eat. Yearly, about 155 million hotdogs are consumed on Independence Day.

You probably heard about how important it is to hear the liberty bell ringing on the 4th of July. Surprise! It doesn’t actually ring anymore. Due to concerns that the bell’s condition won’t handle constant use, the final time the iconic instrument was rung was in 1846. Since then, the bell is only tapped on the 4th, signalling for all the bells around the country to ring.

4. It Wasn’t Always A Holiday!

You read that right! Although recognized as a national day since the 70th, the 4th of July was not declared a holiday until 1870, after Philadelphia held the first-ever parade. Congress passed a bill to recognize the day as a holiday afterwards. Can you imagine attending a lecture on the 4th? We sure can’t!

5. It’s the Birthdate of Many Famous People!

Can you believe that one of the US presidents was born on independence day, such a coincidence! Calvin Coolidge, the 30th president of the USA, was born on the 4th of July, 1872, two years after it was declared an official holiday! Other famous people born on the 4th include reporter Geraldo Rivera and "Ugly Betty" actress, Becki Newton.

Now you know many surprising facts that many Americans might not know themselves. Use these facts to impress your flatmates and maybe form an unexpected friendship with a native.