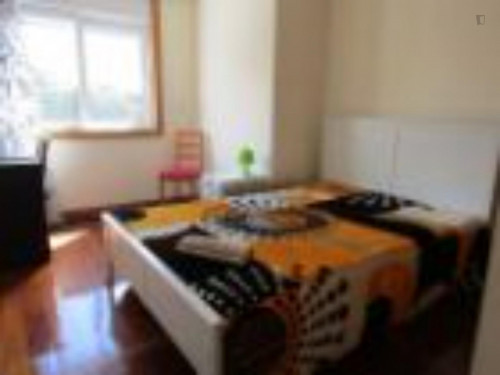 Situated at the foothills of the majestic slopes of Serra do Marão, Vila Real is a small, lively city in north-eastern Portugal. Founded by King Dinis in 1289, Vila Real played an important role in the history of Portugal. It was the birthplace of Diogo Cão, the first explorer to reach the Congo river, and António da Silveira Pinto da Fonseca (known as the Count of Amarante), who was an influential member of the Portuguese military and lead numerous uprisings against the Liberal constitution. Many aristocrats built grand palaces here during the 16th and 17th centuries, befitting the city’s literal name “royal villa”.

There are many charming towns and villages near Vila Real, including Peso da Régua and Sabrosa, which boasts 15th-century houses and vineyards set above the Pinhão river. The historic city of Chaves is famous for its hot springs and the Roman bridge, which was built around AD 100. Also worth visiting are the nearby towns of Bisalhães, renowned for their unusual black pottery and Boticas. Let Casita help you find your perfect student accommodation in Vila Real. Simply either visit our website and browse the different hundreds of rooms in the city, or reach out to our support team and let them walk you through the whole process. They are multilingual, friendly, and available 24 hours a day just for you.

Vila Real, the capital of the Tras-o-Montes province, is a sleepy university town set in a sea of rural tranquility. Located above the confluence of the Rio Cabril and the Rio Corgo, the town has long been a popular place to have a second home. The most famous has to be the Palacio do Mateus, used as a holiday home by the Portuguese royal family during the sixteenth and seventeenth centuries. The Palacio do Mateus was built in 1745 to a design by the fashionable Italian architect, Nicola Nasoni.

Vila Real is also home to The public University of Trás-os-Montes and Alto Douro. While the university was formally established in 1986, its heritage can be traced back to the Vila Real Polytechnic institute which was founded in 1973. This original school was important to the development of the area and existed from 1973 to September 1979, when it became the Trás-os-Montes and Alto Douro Higher Education Institute. Owing to the notable work carried out at the institute in the fields of technological and scientific research and teaching, in under a decade after its establishment, the government upgraded the status of the institute to a qualified university.

University of Trás-os-Montes and Alto Douro

What is it like to live in Vila Real?

To live in Vila Real means arriving, falling in love, and never wanting to leave again. People who go there get experiences that perhaps could also be experienced in other cities, but not in the same way with such emotion and passion. Vila Real is for those who love, enjoy life and appreciate the little things that make their memories. The student life in Vila Real is the best in the country. The city’s university has a unique academic spirit; students share an enthusiasm for the university and defend it fiercely.

Is it expensive to live in Vila Real?

Compared to other university cities, Vila Real is quite affordable. On average, accommodation with all expenses included ranges from 100 to 150 Euros. Going out is quite cheap, and so are transportation around the city and supermarket prices. In total, with 250 - 300 Euros, a student can definitely afford to live comfortably in Vila Real.

Mateus Palace is considered one of the finest Baroque civil buildings, constructed in extravagant style for the 3rd Morgado of Mateus in the first half of the 18th century. Nicolau Nasoni, the man who had a lasting impact on Portuguese Baroque architecture, helped design this noble estate in Vila Real. The property is still owned by his descendants, and the only way to see the richly furnished property is on a tour. Some of the best bits inside are the library, which has little iron lanterns, and the dining hall with a carved wooden ceiling. On the grounds, there’s a chapel, a water garden, a garden of box hedges in filigree patterns, and a “Túnel de Cedro” natural tunnel made from interlinking cedar branches.

The botanical garden was planted by the University of Trás-os-Montes and Alto Douro on its campus in 1987. Extending over 80 hectares, the garden has one of the richest and most botanically significant collections of plant life in Portugal. The garden’s main job is to conserve rare native Portuguese plants, which make up a big proportion of the 1,000 growing in the park, all carefully labelled. The herbarium was founded at the same time as the garden and has more than 15,000 specimens in its archives, while there’s also an interpretation centre with background on the garden’s wealth of species.

You won’t miss the chapel of Capela Nova in the centre of the city.m Its facade is very imposing with masses of carved granite, including four tall Tuscan columns that support a pediment topped with a statue of St Peter flanked by two angels. The chapel went up in the 17th century, but its grand stonework on the facade came later and was done by Nicolau Nasoni. Some of the details to see inside are the tile panels relating to the lives of St Paul and St Peter, and of course, the main altar and side chapels, which gleam with gilded wood carving.

Other than these, you will find many other beautiful places and architecture to see. These include Igreja de São Domingos, Santuário de Panóias, and the Museu de Arqueologia e Numismática de Vila Real.

Vila Real is a small city; you can go anywhere you want on foot as everything is close to you. Taxi services are available, however, throughout the city if you’re not a big fan of walking.

Nearby Student Accommodation In Portugal