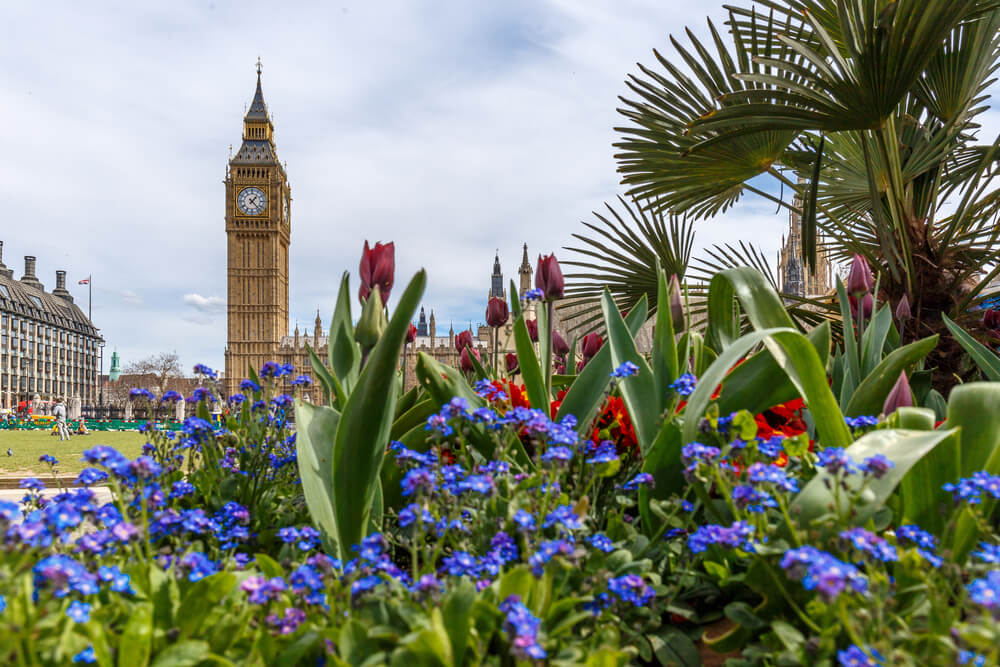 London Games Festival will be held in various venues across London this April, ending on Sunday, the 15th of April. Talks and communicative events in this London Festival will discuss and explore the dynamic gaming world, like Now Play This at Somerset House (Apr 6-8) and EGX Rezzed gaming fair at Tobacco Dock. There will also be the Games Character Parade, seeing hundreds of gaming icons on Saturday, 14th of April at 12:30 pm starting at Guildhall Yard and ending at Paternoster Square. For the full schedule, you can check their website.

Piano Day in London will be witnessing a wide range of piano performances across various venues in London. It takes place on the 88th day of the year, resembling the number of piano keys, and it was initially founded by Nils Frahm. This year, Piano Day was on the 29th of March; however, the celebrations are on till the 6th of April. The German pianist, Florian Christl and a Ukrainian one, Marina Baranova, will be performing at the Barbican Centre’s Milton Court. Further, the St Pancras International will be offering free piano lessons to visitors, who can also see live performances of Laurel, Joe Armon Jones, ARK, and the West End Musical Choir.

Merchant Square, Paddington, will be hosting the free London event, Flotilla, on Thursday, April 12th. It is a London event that depends on releasing illuminated origami boats to Regent’s Canal. This fleet is by the artist Steve Messam, and these 180 boats look like white paper but they sparkle with various patterns at night, giving the canal a colourful and vibrant feel. The Flotilla is one of the events held at Merchant Square, like yoga, meditation and film screenings. The nearest tube is Paddington tube and the entrance is for free.

East London Film Festival will be bringing a wide range of film genres together to be screened, including thriller, action, adventure, drama and comedy. These films are both short and long and they come from different countries and some of them are the result of two countries collaborating together. A thirty-fifth-anniversary screening of Lizzie Borden’s thrilling feminist sci-fi ‘Born in Flames’ is scheduled along with Diane Kruger drama ‘In the Fade’, gory thriller ‘Revenge’ and Jean-Michel Basquiat doc ‘Boom for Real’ and the wrap up will be with a weekend of charity screenings at Old Spitalfields Market. All these will take place at various London venues from April 11th till April 29th.

Since we are talking cinema, there will also be Backyard Cinema screening films from zombie apocalypses to Romeo + Juliet at 12 am. It will take place in Mercato Metropolitano until Sunday, April 29th. Mission to Mars’ themed screenings will include 'Men In Black', 'E.T', 'Alien' and 'Interstellar'. The closest tube is Elephant and Castle and prices start from £17.50.

The highlight of this month is the UK’s largest coffee and artisan food event: London Coffee Festival LCF in Old Truman Brewery, Brick Lane. The festivities of this vibrant coffee culture event features gourmet coffee, speciality tea, artisan food, live music, DJs, art exhibitions, coffee-based cocktails and an intensive ‘lab’ seminar educating the keenest of coffee lovers. There will also be Latte Art Live workshops to learn crafty milky masterpieces, home barista workshops and the ‘Espresso Martini Party’. Plant-Based Recipes will be introduced for those who want the natural flavour without the need for lashings of syrups and sugar, like Tumeric and Coconut Latte, Cold Brew Almond Chai, Coconut Fudge Latte and much more! The three-day festival starts on April 13th at 4 pm but at 10 am in the other two days. The nearest tube is Liverpool Street and prices start from £14.50.